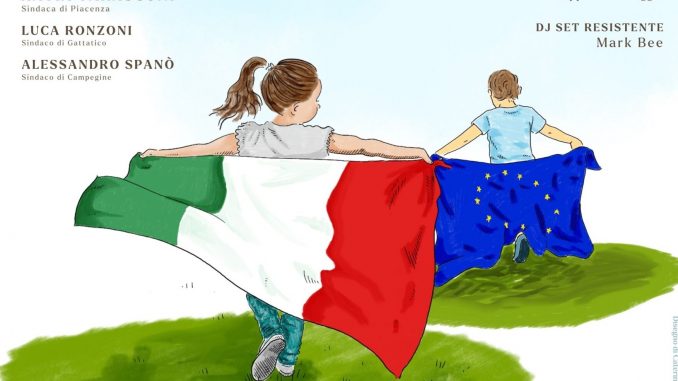 At Casa Cervi, like every year, the historic Pastasciutta Antifascista returns, the famous Festival celebrated outdoors in the “ai Campirossi” Park and born thanks to the Cervi family, who on 25 July 1943 celebrated the dismissal and arrest of Benito Mussolini by offering the pasta to all those present in the square of nearby Campegine.

The gates open at 19, while from 20 free pasta will be distributed to all those present. As always, fried dumplings and salami and other local dishes will be available on the menu. Throughout the evening, the new Casa Cervi Museum, inaugurated on 28 December, will be open for free. Admission to the evening is free, no reservation is required. There are over 160 Anti-Fascist Pastas organized in Italy and around the world registered in the official list of Casa Cervi: a record number which confirms the importance and fame of the anniversary throughout the country.

This will be followed by the award ceremony of the Festival of Resistance – Theater for Memory, scheduled from 7 to 25 July in the courtyard of Casa Cervi, with the delivery of the first and second prize “Museo Cervi – Theater for Memory” and of the “Gigi Dall’Aglio” award from the Under 30 Jury. The Festival, now in its XXI edition, is organized by the Alcide Cervi Institute together with Boorea Emilia Ovest.

To follow, around 21.45, the actor Valerio Aprea, known for films and TV series such as Boris and for his recent monologues in the LA7 Propaganda Live program, will be on stage with a show. The evening continues with Aemilia. Travel notes, a show of music, poetry and storytelling by the collective VocinQuArteT, produced by VocinArte. At the end of the evening, the usual Dj Set Protetta, organized by the dee-jay Mark Bee.

OVER 160 PASTAS IN ITALY AND NOT ONLY – Not only at Casa Cervi: for many years now the Anti-Fascist Pasta has been celebrated in various venues throughout the country and also abroad. More than 160 organizers have signed up for the Rete delle Pastasciutte, the official list drawn up by the Alcide Cervi Institute: a record number, never recorded before. From Friuli to Sicily, from Piedmont to Sardinia, but also abroad: in Luxembourg, Denmark, Germany and the United States the historic Festival “invented” by the Deer will be repeated. The complete list is available on www.istitutocervi.it.

For information and programme, visit the website www.istitutocervi.it; it is possible to send photo and video contributions by tagging the Institute’s Facebook and Instagram pages and using the hashtag #pastaliberatutti. Among those who share stories with moments of Pasta at Casa Cervi, two profiles will be drawn at random, who will receive the new official Casa Cervi t-shirt for free.

Free admission
Start of the Party: 19.00
Start of distribution of pasta: 20.00
The program may undergo variations

During the Festival, the Cervi Museum will remain open and can be visited for free

21.45
Guest of the evening
the actor Valerio Aprea

Admission to the Festival is free and free: no reservation is required.

Jeff Bridges: "Going back to work after nearly dying was a dream""
Cannes Film Festival, Holy Spider, the Web of Religion
Tonight on TV Saturday 20 August 2022, The programs on the air
Tweet
Share
Share
Pin