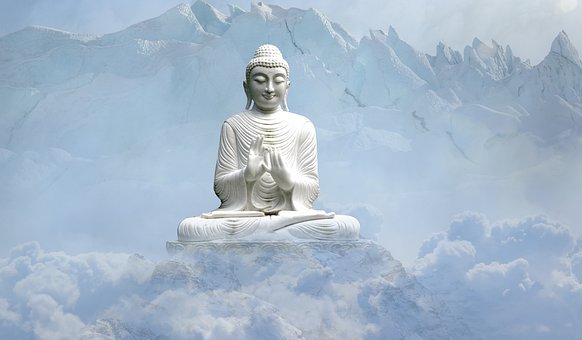 “Franzo Zeffirelli has made millions of spectators worldwide appreciate opera and theater. In English-speaking countries, Great Britain and the United States in particular, he is adored and revered as an innovative master. In Italy, however, he is the victim of a sort of damnatio memoriae: great popular success was used against him as a weapon of denigration. However, La Scala was always the exception. ” Director Anselma Dell’Olio has taken upon herself the commitment to re-establish the truth and to give back to the great Florentine director, who passed away in 2019, the role he deserves in the history of theater and cinema, or rather “the merit of having brought to the general public the classics of literature and music offering high quality shows “.

With this in mind, “Franco Zeffirelli, rebel conformist” was born, the documentary film in competition in the Venezia Classici section at the 79th International Film Festival, produced by Francesca Verdini and co-produced by Pietro Peligra for La Casa Rossa and Rs Productions in collaboration with Rai Cinema with the patronage of the Franco Zeffirelli Foundation. “It is a bit paradoxical that a documentary on his life and his work is presented at the Venice Film Festival where Franco has always been booed right from the opening credits”, comments the director.

“The aristocratic masters of English theater, for all it is enough to mention Lawrence Olivier, treated Zeffirelli as an equal, revered him and considered him the most famous Italian after Arturo Toscanini – says director Anselma Dell’Olio in a conversation with the Adnkronos – Yet the great fame abroad is not matched by a similar position in Italy. Why? I would like to use a quote from the writer Carlo Emilio Gadda who spoke of the “Italian mange of denigrating ourselves’ to explain a certain intellectual contempt that Zeffirelli suffered. There is, then, perhaps a more pragmatic reason, the contempt that arose for Franco after the professional and sentimental break with the director Luchino Visconti with whom he took the first steps in his career. It’s as if that breakup has been made to pay dearly for. To seek his fortune he went abroad and here he really found her, especially in London where his lyrical direction was immediately acclaimed “.

But a ‘political’ prejudice also weighed on Zeffirelli, fed by the left-wing intelligentsia, which “never forgave him for being anti-communist. Yet – explains Anselma Dell’Olio – he was not only anti-communist but also anti-fascist, because he was to fight in the mountains as a partisan. He was attacked for having voted for Christian Democracy and then for supporting Silvio Berlusconi and he deliberately forgets his perennial anti-fascist. Federico Fellini was also anti-Communist but kept quiet, he did not go to direct confrontation like Zeffirelli, who has never given up on his sincere Florentine verve. I hope this documentary of mine contributes to restoring the truth about his figure “.

Anselma Dell’Olio tried to reveal the deepest soul of Zeffirelli, including that “suffering suffered due to the great success abroad that was not recognized at home by the then dominant cultural establishment”. “We got to the point – explains the director – of accusing Zeffirelli of aiming only for success, that success that he always managed to conquer in theater, cinema and TV. His mission of wanting to bring the classics to the masses was addressed to him. as an accusation. Yet all his works have always been of high quality, never vulgar “.

Anselma Dell’Olio faces not only the relationship with Luchino Visconti, first host and then ‘enemy’, but also that with Maria Callas, with whom he had “a very strong artistic love, bringing his career to the highest levels thanks to a magical relationship”. Finally, in the docufilm there is also space for the homosexual Zeffirelli. “He has always lived his private life with discretion, he did not like to throw his being homosexual in people’s faces – underlines Anselma Dell’Olio – He was raised in an Italian atmosphere in which being homosexual was not forgiven. ‘If you are Catholic and homosexual there is nothing gay ‘, he said with a certain impudence. That is why he did not like the gay pride carnival “.

The documentary recounts the decisive moments, the turning points and the roller coaster of a brilliant, eventful international career and the daring existence of a great Italian artist. From his origins as the son of NN to the conquest of great international fame as a director, art director, painter, creator of cinema, theater and opera. Through original and period interviews with some of the most acclaimed stars who have known, admired and loved him and with family, friends and closest collaborators, this engaging tale does justice to the person and the artist – not just ‘the master’ – in all its multifaceted and even opposing facets.

His composite character is manifested in his vast artistic production, but also in his political choices, in his spirituality and love for mystery, in friendships and in the legendary controversies with critical opponents. This clash offers a well-rounded portrait, with continuous ups and downs, of an artist who has promoted and honored the highest and most popular Italian culture in the great world capitals for many decades.

“It is the first time that a cinematographic work investigates the many, varied and even opposing professional, cultural and character facets of Franco Zeffirelli – sums up director Anselma Dell’Olio – I was interested in the little-known differences between the vast, singular charm that aroused his name in the great cultural capitals of the world and the limp mustache with which he was treated in Italy. of the veneration that surrounded him abroad. But I was even more interested in the interior life of a convinced Catholic homosexual, discreet but never covered in an age much less liberal than the present “.

(from the correspondent Paolo Martini)