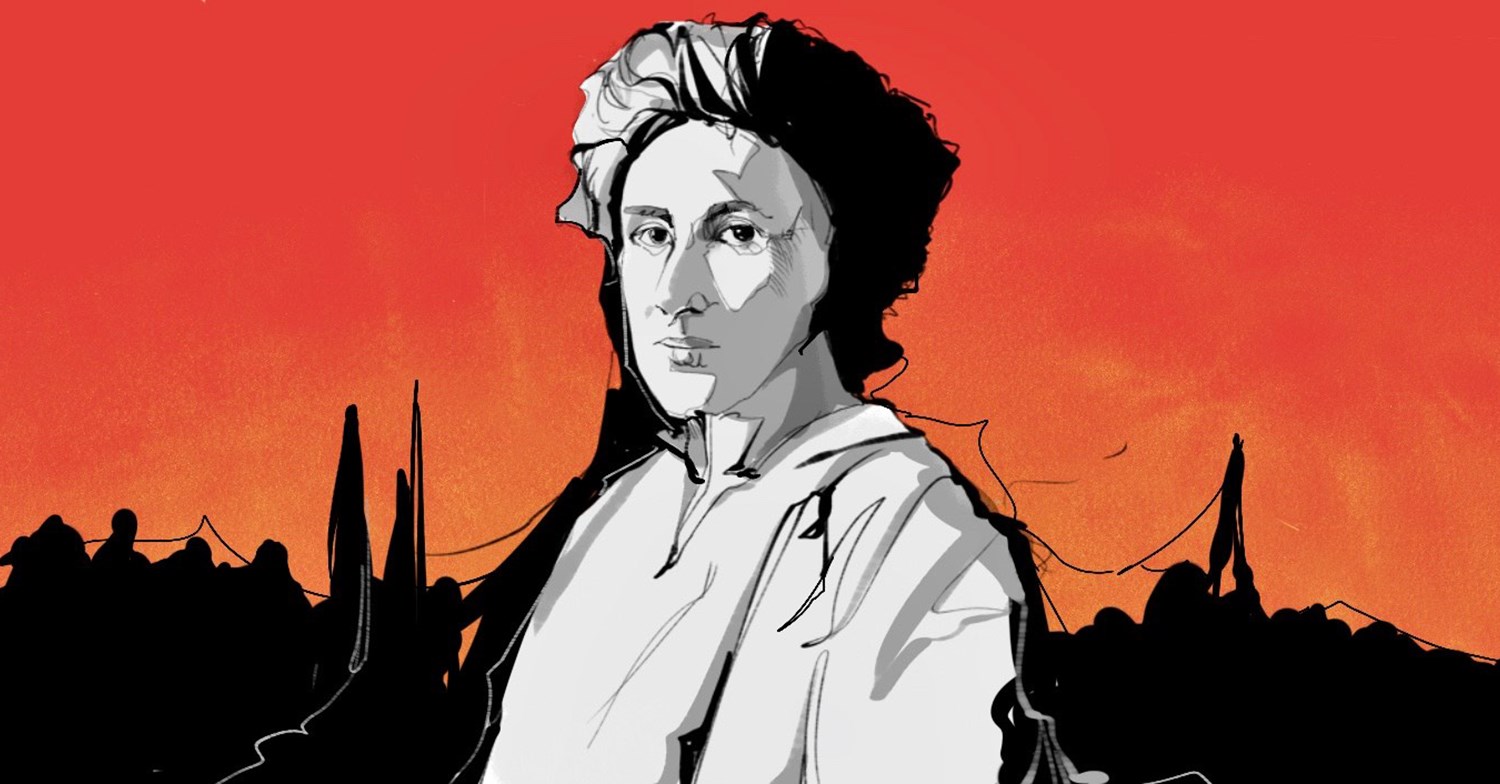 It’s the evening of January 15, 1919. Rosa Luxembourg, captured after the defeat of the revolution in the early afternoon in the house where she is staying (Mannheimer Straße 27), she is seen entering (together with Karl Liebknecht) the Hotel Eden, located in the center of Berlin at Kurfürstendamm 246-247.

The Eden Hotel is the headquarters of the operational command of the Freikorps, the military and paramilitary units aimed at repressing the action of the German revolutionaries. A few hours later it comes out to be killed not far. The body is thrown in Landwehrkanal, in an attempt not to allow its discovery (which instead will take place in May 1919). Captain Waldemar Pabst (1880-1970), man of many lives, commander of the Freikorps, will say in 1962: “Those two people were the spiritual leaders of the revolution. I decided we had to kill them. I am still convinced that that decision, from an ethical-religious point of view, is still entirely acceptable.” Neither Pabst nor any of the perpetrators of the assassination ever paid for their act.

Dictator Jorge Rafael Videla’s Argentina, 60 years later, hasn’t invented anything, it has simply put back into use a practice that had worked very well in central Europe. No Third World barbarism. It’s all European the patent of the practice of liquidating opponents without leaving evidence.

And yet if no one remembers Pabst it is true that of Rosa Luxemburg only memory of her violent death remains and not of the many things that gave personality to her life.

Of those, however, it would be good to pick up the ranks because the debt we owe to Rosa Luxemburg is not healed on a moral levelacknowledging a wrong or resolving everything on the level of formal homage, but by taking charge of the questions he has left us.

he recounted Margaret von Trotta like the path that in 1986 leads her to realize Rose L., a film initially conceived for Rainer Fassbinder, included the exit from the myth and identification with the words, passions and visions of Rosa Luxemburg. In short, confidence with three different dimensions: emotional, rational, cerebral.

Emotional. That is: finding a way not to forget intimacy, passion, love, but also sensitivity for animals, the great tit for example, as he wrote to Mathilde Jacob on February 7, 1917, in one of her letters from prison . But then also her feminine confidence with Luise Kautsky, with Klara Zetkin, or in her Letters to Leo Jogisches where love, passion and political commitment intersect (one for all: the letter Rosa wrote to Leo on 6 March 1899).

In those letters there is no trace of the fanatic’s portrait, of being “possessed by fury” as his opponents, mostly male, had constructed his portrait. Rosa Luxemburg: a puppet to be knocked down, therefore to be eliminated. Waldemar Pabst, one might say, does nothing but put into practice the “warm invitation” that a community of communication specialists has been committed to outlining since the beginning of the century, or since Rosa made her appearance on the public scene.

Rational it is the theme of the revolution and the behavior of revolutionaries.

Rosa Luxemburg explains this directly in hers Essay on the Russian Revolution, written a few months after his death. The theme, as he wrote Hannah Arendt many years later, expressed in this essay which in many respects is the greatest homage to his person and to his ability to think “in dark times”, is the practice of freedom as a challenge.

The real proving ground for those who really want not so much to define themselves, but rather to be revolutionaryRosa Luxemburg expresses it on practice of freedom.

His belief is that it is not the words, but the deeds that make the difference. These are the words that Luxemburg addresses directly to the Russian revolutionaries in power in the months between 1917 and 1918 (when the winter palace was already taken).

The passage is famous, but it is worth repeating and remembering in troubled times, when “freedom” becomes an ordinary word, it loses its profound meaning and becomes a slogan.

Anniversary of the death of Rosa Luxemburg

Land of reggae: the musical selection of “World Africa” #126
Cinema: The Cairo Conspiracy brings together all the ingredients for success
Who is Yulia Vitazyeva, a Russian journalist who is often a guest on Italian TV talks
Tweet
Share
Share
Pin