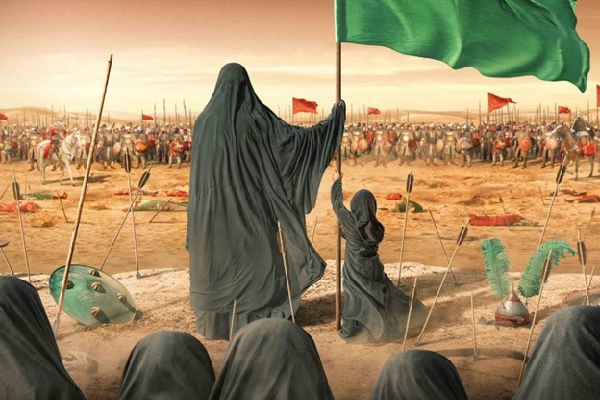 Tehran(IQNA)-The Ashura uprising presents an exceptional and unique model of resistance against corrupt political systems and poor methods of governance. In the new era, Muslim forces seeking freedom and even people like Gandhi who took it upon themselves to lead a liberation movement, were inspired by Ashura.

The Hojat-ol-Islam Seyed Ali Mirmousavin researcher in the field of religion and university professor, analyzed, during an interview granted to IQNA, the event of Achoura and its lessons for modern societies. Here is an excerpt from that interview:

As the world moves towards secularism and modern society and humanity face many crises such as those of identity, ethics and spirituality, what message did the Ashura uprising have- for the liberation of man and society from these crises?

Ashura is an exceptional and unique model of resistance to corrupt political systems and bad methods of governance. In the new era, Muslim forces seeking freedom and even people like Gandhi who led liberation movements were inspired by the Ashura event. The ethic of resistance and the spirit of freedom can be seen in the Ashura uprising. The lessons that Ashura has for modern humanity include those related to the ethics of resistance, the valuing of freedom and liberation. The uprising of Imam Hussein (as) was absolutely not a violent movement. Although the Imam (as) thought of all measures to prevent war and strife, he did not resort to the sword only when he had to choose between humiliation and martyrdom.

How can we analyze the event of Achoura based on the model and the approach of utopian ideas?

The question of utopia and ideology is very important. Utopia means drawing an ideal situation and looking for a utopia with the aim of criticizing the current situation in order to transform it into an ideal situation. Utopia has always been a concern of revolutionary forces and always a revolution emerges from the heart of utopia. On the other hand, facing utopia, there is ideology. Ideology is an interpretation that the structure of power presents of reality and which goes in the direction of justifying the use of power. Regarding the Ashura event, there is both the utopian vision and the ideological vision. In a utopian vision, the uprising of Imam Hussein (as) is a model of protest against the current situation and struggle against the established order. The existing current on the other side is considered a Yazidi current and, therefore, the duty to confront it is justified. The ideological point of view, on the other hand, uses a kind of historical simulation of the uprising of Imam Hussein (as) to justify the existing situation. It seems that the two interpretations, while having different objectives, come up against the error of historical simulation. In any case, the utopian interpretation is clearly superior to the ideological interpretation.

In the interpretation where duty finds meaning, given the different historical conditions, importance is attached to the inspirational and model aspects of the movement. From this point of view, the uprising of Imam Hussein (as) is considered as a duty that the imam had to assume in a particular historical period. The Imam (as) reminded those who sought to warn him of what would happen to him from the perspective of failure. In the eyes of the Imam (as), the importance and value of this duty was such that he could not abandon it for its definite and probable costs. The uniqueness of Imam Hussein’s (as) uprising in the history of mankind is that he spared no sacrifice on the way to fulfilling this duty. Although the Imam (as) tried to make it cheaper as much as possible, when faced with the choice between humiliation and martyrdom, he opted for the latter. In contemporary times too, many who have accepted the costs of fulfilling their duty have viewed Ashura in this light.