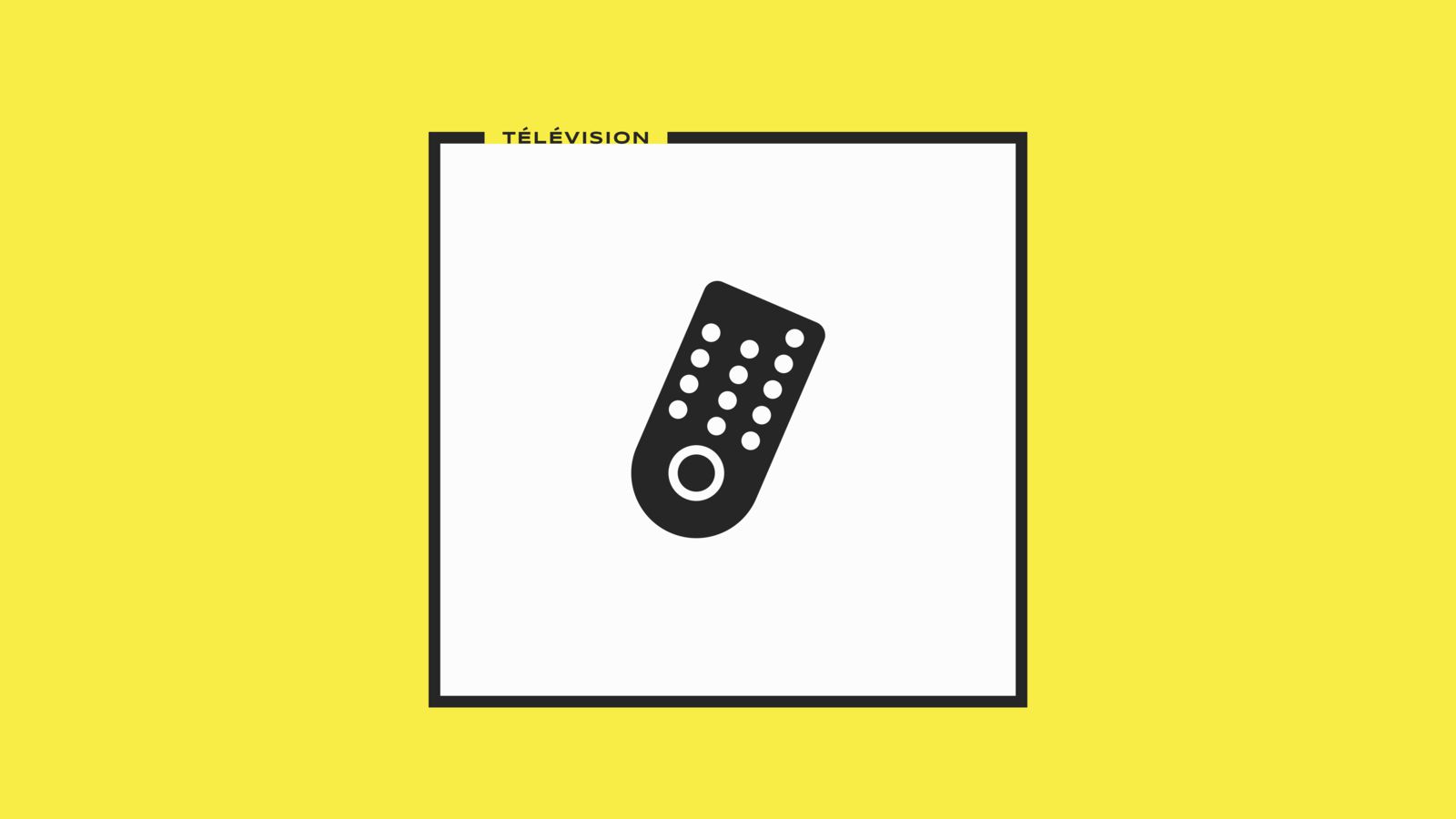 Below, the first of two parts of a selection of unpublished French fiction expected on TV channels or platforms in 2023, or during the September 2023 – June 2024 season.

This is Apple’s first French series produced by Léonis Productions (Jean-Benoît Gillig) and co-produced by Ringside Studios (Gub Neal). This Franco-English thriller is created and written by Virginie Brac (Engrenages, Cheyenne and Lola) and directed by Stephen Hopkins (Le Fugitive, 24 heures chrono). It explores the issues and the devastating consequences of past mistakes on our future. Liaison blends political and spy intrigue with a passionate love story.

The drops of God (France 2)

8 x 52′ format for this adaptation of the manga created by Tadashi Agi & Shu Okimoto. A fiction shot partly in Orange.

The world of gastronomy and savoir-faire is in mourning: Alexandre Léger, creator of the famous Léger Wine Guide and tutelary figure of oenology, has just died at the age of 60 in his Tokyo home. He leaves behind a daughter, Camille (29), who lives in Paris. The young woman has not seen her father since her parents separated when she was nine years old. Camille goes to Tokyo. While reading the will, she discovers that her father has collected the largest wine collection in the world. Except that to claim this heritage, Camille will have to face a young and brilliant oenologist, Tomine Issei (also 29 years old), whom Alexandre trained and whom he describes, in his will, as a “spiritual son”. The lawyer sets out the conditions: there will be three “tests”! Three challenges, all related to wine and its tasting. The first test will take place in a month. The winner will win the entire inheritance; the loser will leave with his eyes to cry. But here it is: Camille knows nothing about wine, absolutely nothing. Worse still, she never drank a drop! Against all odds, Camille takes up the challenge, driven by the need to shed light on her past, her identity and to confront the ghost of her father. She therefore has a month to prepare, train, learn and make up for her abysmal lack of experience… Everything seems lost in advance. But Camille has a considerable asset: she inherited from her father an exceptional sensitivity to taste, which she had hitherto violently repressed. Biological daughter against spiritual son: the duel – improbable – will begin.

The colossus with feet of clay (TF1)

TV movie shot in the New Aquitaine region, directed by Stéphanie Murat. Screenplay by Aude Marcle. Very freely inspired by real facts and adapted from the book by Sébastien Boueilh and Thierry Vildary “The Colossus with feet of clay”, Editions Michel Lafon:

Sébastien is a former rugby player. A real colossus. Between the ages of 12 and 16, everyone sees him as a child full of joie de vivre. A characteristic of his native Southwest. But this joie de vivre is only a smokescreen intended to protect the balance of his family. 4 years since Sébastien has been raped. Four years that he suffers and cries in silence because his predator is none other than a close relative of his parents, loved by all. Thirty years later, Sebastian has failed to speak, and his demons are destroying him. Between the desire for revenge and the desire that no one has to go through what they have gone through. It is therefore the meeting of a kid, a damaged little colossus like him, and the return to his life of the one he did not know how to love as a teenager, which will force him to make the right choice. That of justice… but justice at what price?

Léa Drucker embodies the leader of the NGO Doctors of the World who is entrusted with the Ministry of Foreign Affairs. A bitter comedy about the difficult exercise of power in a world often out of control, announces the future broadcaster

Popular, idealistic and very efficient, Marie Tessier (Léa Drucker) is confronted from the first day of her taking office at the Quai d’Orsay with a hostage-taking in the Sahel which triggers excitement, and above all mayhem and discord within power. The volunteer woman in the field is quick to discover the confusing machine of power, the complexity of political codes and sometimes even the absurdity of her function… Hell can be paved with good intentions in diplomacy too…

In Mouthe, the coldest village in France, the writer Rousseau and Warrant Officer Louvetot will find themselves embarked on a wacky and baroque investigation, with multiple cultural nods.

Rousseau (Jean-Paul Rouve), a writer lacking in inspiration, returns to Mouthe to unlock the secret of his birth. At the same time, the gendarmerie is looking for an assassin with a passion for works of art. Rousseau will help Warrant Officer Louvetot (Guillaume Gouix) to penetrate the creative spirit of the serial killer.

A psychiatrist devoted to her profession, a fervent practitioner of Ericksonian hypnosis, Estelle leads an almost peaceful existence with her husband and son. But her life changes when Thomas, her childhood sweetheart, reappears in her life, hospitalized in her service following a suicide attempt. The latter is soon accused of having killed a doctor, Estelle’s rival. Estelle will then flee with Thomas to the Provençal countryside to try to exonerate him and treat him. Her husband David and his best friend Agathe, by carrying out the investigation to find them before the police, will discover the very troubled personality of Thomas, and will suspect him of representing a threat to Estelle. It is in this chase that the secrets that bind Estelle and Thomas will finally resurface…

Clara, a lawyer in Annecy, leads a serene but monotonous life alongside her husband Damien and their two children. One evening, she succumbs to the charm of a mysterious sculptor, Stéphane. This single hot night will have dramatic repercussions for her and her family…

Elsa and Laurent Lacaze have everything from the model couple: very much in love and married for twenty years, they are the devoted parents of Lucie, a sparkling teenager. However, one morning, Elsa does not return from her usual jog and disappears without a trace. The world of Laurent, and his daughter, is first tinged with anguish… Then ends up collapsing when the police tell them that Elsa is not the person she claims to be. Laurent must face the facts: the woman he is in love with is an enigma. An enigma whose past resurfaces today.

Antigang: the next generation (Disney+)

This action film is produced by Empreinte Digitale, Empreinte Cinéma and SND.

Former legend of the Antigang brigade known for his muscular and unconventional methods, Niels Cartier (Alban Lenoir), left the police following an intervention that went wrong and led to the death of his wife. When the gang of robbers responsible for his death reappears eight years later, Niels doesn’t let anyone stand in his way for revenge. Even if it means having to form an explosive duo in spite of himself with his 14-year-old daughter (Cassiopée Mayance), with a strong temperament…

A series created, written, directed and performed by Judith Godrèche.

Back in Paris after a Hollywood exile of several years, Judith, former muse of auteur cinema, intends to relaunch her career with a new film. But for the enthusiastic and romantic actress, mother and wife, it’s not so easy to start a new life. Especially when her 16-year-old daughter falls in love with a much older dance teacher. In a changing world, between humor and disillusion, Judith will have to juggle between personal ambition, maternal anxieties and finally face the demons of her past. Better than an icon, the portrait full of self-mockery and contradictions of a woman with her aspirations, her fears, her passions and especially the thirst to conquer her freedom, is it announced about this series inspired by the own Life of Judith Godrèche.

A selection of French series or single fiction to discover in 2023 on TV channels or platforms. – LeBlogTVNews

Cristicchi and Amara from 19 June on tour from Verona with "We will be back again", mystical concert...
The installation of Tai Shani produced by the Carla Fendi Foundation and by Mahler LeWitt Studios fo...
Per Artem ad Deum Award: Tornatore's cinema goes to Heaven
Tweet
Share
Share
Pin