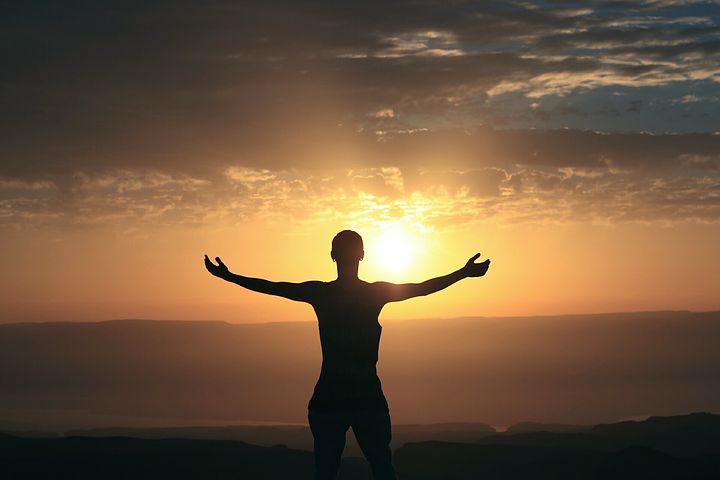 (by Francesca Lazzarin, PhD in Slavic Studies, translator and interpreter)

“Perhaps, to understand where we were going, we should have watched TV more often”, a friend and colleague, a young Russian university professor, writes to me in dismay, two days later on February 24th. Because he prefers private and progressive channels like “Dožd ‘” (known in Europe as TvRain, which forcibly closed its doors a few days after the war between Russia and Ukraine) and Russian state television has never followed it in his life, snubbing it and mistakenly belittling its manipulative power.

“Can you watch Russian television in Italy? If you can, look at it, there they explain things to you as they are. So you too will understand that there is nothing to worry about “, instead, quietly and confidently tells me, again two days after February 24, an affable Russian lady to whom I give Italian lessons and who unexpectedly turns out to be a supporter of “special operation”, beyond his degree in art history and his deep knowledge of the Roman Baroque.

The use of pro-government television channels represents a rather clear indicator of the split, above all generational, within Russian society: grandchildren, children, those born close to the dissolution of the Soviet Union or after it, on the one hand; parents, uncles, grandparents and those who grew up and trained in the pre-1991 context on the other (the second group, moreover, is more numerous than the first: according to demographic data of January 1, 2019, 61 reside in Russia, 5 million citizens over 45 against 59.3 million between 15 and 44). The level of education and the area of ​​residence (big city vs. province) obviously also play a role if we talk about share, but the general feeling is that of finding oneself in front of a new declination of the dichotomy between “fathers and sons” so dear to the Russian literary canon. In fact, television is now “absolute Evil”, now the “zombizing box”, now “pure trash” for the latter, but an authoritative voice for the former, which even in a historical situation in which information passes first of all through social media and various platforms, they continue to report news on current events starting with the sentence: “Yesterday on television they said that …”.

In recent weeks, the most prominent figures of Russian state television (conductors and moderators such as Vladimir Solov’ëv, Dmitrij Kiselëv, Margarita Simonyan) have definitively conquered the world limelight, carving out not indifferent spaces as guests on Italian talk shows, but at home they had been celebrities for years, and for years they had expressed themselves in tones not very different from the current ones: as already said here with regard to the “militarpatriotic” ideology, the large-scale conflict in Ukraine has done nothing but coherently sharpen the trends already underway. The director Andrei Zvyagincev was well aware of this, just to give a particularly fitting example when, at the end of that synthesis of contemporary Russian life (both microscopically and macroscopically) that is his feature film “Loveless” (2017), he had placed living rooms with televisions constantly tuned to “Rossija 1” and, on the screens, shocking and biased reports about the clashes in the Donbass of 2014/2015, commented by the inevitable Dmitrij Kiselëv.

Of course, channels such as “Rossija 1”, “Pervyj Kanal”, RT or NTV before the war were not particularly distinguished from similar television networks (both public and private) in the rest of the world, offering the usual range of broadcasts of dubious quality, based largely on canvases prepared in advance, between itchy debates on news stories and family melodramas (for example in “Pust ‘govorjat!'”, “Let them speak!”), a reality show with the ultimate goal of forming the perfect couple (like the hugely popular “Davaj poženimsja!”, “Let’s get married!”), talent shows in international formats (“The Voice”), or programs dedicated to healthy living for an essentially female audience (like “O samom glavnom”, ” What is most important “). Then there were varieties with comic curtains and special guests, such as the beloved “Večernyj Urgant” (“Urgant of the evening”, based on the American model like David Letterman), which last New Year’s Eve also conquered the Italian public with its masterful stylization of the Sanremo 80s (authentic fetish of the average Russian) in the show “Ciao 2020” (later replicated in “Ciao 2021”).

And then, of course, there were long news broadcasts and political and economic themed programs conducted by commentators such as those already mentioned, but also by director Nikita Michalkov (think of his “Besogon”, or “The Exorcist”, column in the sign of Russian Orthodox Messianism), by Senator Aleksej Puchkov (his “Postscriptum” was very popular) and many others, characterized by an increasingly aggressive patriotism, by a particularly marked skepticism towards the West and, starting from the Revolution of Dignity (better known in Europe as Euromajdan) of 2013, from a unilateral and partial representation, when not staged ad hoc, of the complex crisis situation in Ukraine (infamously known the case of the “crucified child” by the “neo-Nazis” in Donbas in 2014) .

After February 24, 2022, the programming of the main Russian state channels underwent a sharp change imposed from above, from all points of view. Firstly, the budget reserved by the government for the state media has increased significantly; secondly, the programs dedicated to current affairs have completely undermined the entertainment ones: just remember that the aforementioned reality show “Let’s get married!” it has been relegated to late night hours, not to mention the fact that the new installments of “Evening Urgant” have been “temporarily” (so they say) discontinued. In reality, the showman Ivan Urgant (the “Gianni Urganti” that even the Italians were able to appreciate in “Ciao 2020”) did not want to pronounce himself in favor of the so-called “special operation”, on the contrary he took a pacifist position and, like many of his colleagues, he left Russia. In short, aficionados of “Rossija 1” or NTV, with rare exceptions, at the moment find themselves in front of programs dedicated almost exclusively to the war in progress, in which, however, paradoxically, there is no mention of war.

In fact, there is talk of a “special operation”, a rescue mission for the Russian-speaking population of Donbas from the “genocide” perpetrated by the Ukrainian armed forces and, by extension, by NATO in the last eight years, of urgent prevention of an attack against Russia in the process of being unleashed from the West, of cynical fake news spread by the Ukrainian and Western media about the crimes committed by the Russian army; and then the hostility of the West towards Russia, the envy of Europeans and Americans for the immeasurable riches of Siberia, but also for Russian “spirituality”, for those values ​​of which a disintegrated and decadent Europe would now be completely deprives; and so on, along these lines.

The result is the creation of a muffled and reassuring comfort zone, in which the Russian viewer residing in Russia (but in reality a very similar approach is also adopted by most of the Russian-speaking and pro-Russian communities residing in the Baltic countries or in Germany) can be convinced that life continues normally, feeling right, being proud of one’s own country and of oneself, eventually diluting the greyness of a life in the suburbs in the glories of homelands, between pensions of a few hundred euros and houses without hot water. And then, once the television is turned off, sleep peacefully: on the other hand, as the news speakers claim, “the operation is proceeding according to plan”.

A truly penetrating documentary released just in these days, “Ties that break” (“Razryv svjazej“, By Andrej Lošak), clearly shows the seraphic attitude of those who are at peace with themselves even (indeed, above all) in these distressing weeks for the whole world: the voice of television propagandists has worked miracles comparable to those of preachers of religious sects, awakening feelings of deep solidarity with Putin and trust in the Kremlin even among those who in recent years, say, had complained about the increase in the retirement age, the corruption of officials or the anti-Covid measures. Not surprisingly, some Russian psychologists have already drawn parallels between the autosuggestion mechanisms typical of the followers of various sects and the blind faith in television and in the leaders of the Kremlin among large sections of the Russian population. Not even the anger and tears of children, sisters, wives who instead realize the tragic nature of what is happening (the “broken ties” of the title of the documentary are precisely the family ones, severed by a war that has unleashed real and internal conflicts even in many Russian families) can convince those who believe in propaganda to leave even for a moment the welcoming “Russian world” set up in the living room.

Anyone who still wonders how it is possible that a substantial part of Russian citizens frankly, almost candidly, support the invasion of Ukraine, could find here one of the answers to your question. Perhaps, as my friend said, to try to understand contemporary Russia in all its complexity, you really had to watch TV more often.

PS. Obviously, the official propaganda of the Kremlin applies its strategy above all to the old cathode ray tube, but it does not disdain other less obsolete media, such as the Russian social network Vkontakte or the Telegram and Youtube channels, often with the support of influencers, trolls and speakers of fake news (or unmaskers of alleged fake news). The Internet is exploited, in particular, to leverage conspiracy theories particularly dear to the Russian population (and not only) during the Covid-19 pandemic and easily convertible and adaptable to the new war context. Conspiracy theories, unlike television, are also supported and disseminated by young people and contribute to creating a nebulous atmosphere of uncertainty under the banner of the post-truth mantra “Vsë ne tak odnoznačno” (“It’s not all so unequivocal”). But this is a separate story, which we will eventually have the opportunity to deepen on another occasion.

A cushioned and reassuring comfort zone. Russian state TV before and after the war (by F. Lazzarin)