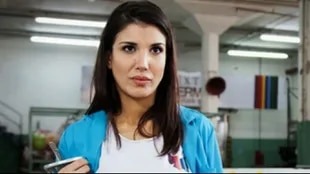 With the success of big brother 2022many of the former participants of the reality show they had a screen again: some as panelists of the same broadcast or of its satellite programs such as Gustavo Conti and Ximena Capristo, and as many others as interviewees. Within the world of varied characters that the most famous house in the country left over nine previous broadcasts, few managed to build a career in the world of entertainment and erase, at the same time, their time in GH from the social imaginary. Here, the most relevant cases.

When talking about the end of the first Big Brother, everyone remembers Tamara Paganini and Gastón Trezeguet. Even with a little more effort, the image of Marcelo Corazza appears, the great winner of that edition. Who almost nobody associates with that scene where for the first time in the history of reality the four finalists sat on the couch to wait for the final verdict of the public -with nothing more and nothing less than 36.1 rating points- is Daniela Ballesterthe host and journalist who today occupies a central place on the C5N news channel screen.

Daniela entered the program almost through the back door: she was selected as a substitute and had the opportunity to enter the game after Patricia Villamea, from Cordoba, decided to voluntarily leave the house during the first elimination gala. In her presentation, Ballester said that she was a stewardess and that she loved to dance. “I try to be cool and like them and get to know all of them as people,” he said with a huge smile on his face. “In the event that I win the prize, I am between buying an apartment so that we can live with my sister and stop paying rent and start a dance school, which would be my dream”.

At 23 years old, the young woman from Mar del Plata had a double challenge in sending: in addition to putting into practice her strategy to win, she had to keep absolute silence about what she had seen up to that point in the program. Throughout the 91 days that she spent locked up, Ballester managed to win the affection of her classmates and in particular that of Gustavo Jorducha, with whom she began an affair despite the fact that her boyfriend was waiting for her outside. She also, in full live, she met her newborn nephew in front of millions of people.

21 years after that night, there was nothing left of his time at GH. Nor about his dream of starting a dance school. Little by little, Ballester entered the world of television with participation in programs such as runaways, Versus Y Let’s Play, until she decided to change her profile: she studied journalism, broadcasting, did a master’s degree in investigative journalism and became one of the faces of C5N. In addition, he uses his TikTok account to tell the news in a more relaxed tone. On a personal level, and as a result of her love with the motorist Marcos Ruiz Pasman, in 2019 she was the mother of Felipe, her first child.

By dint of work, several scandals and a personality that does not go unnoticed, Andrea Rincon he earned a place in show business that doesn’t immediately evoke his stay at GH’s house. 15 years after that experience, the actress does not usually talk about it and she does not appear to comment on the new participants either.

A few days ago it was Bam Bam Morais, winner of the edition in which she was a part, who made a confession that directly involved her: she revealed Rincón’s strategy to have sexual relations with Juan Emilio de Antón without being broadcast on television. “They show much more if you cover up and hide. If you cover yourself, they show it. On the other hand, if you get naked in front of everyone, they don’t show anything because you can’t, “explained Morais.

“My name is Andrea Lucila Rincón, I am 22 years old. I live alone in a boarding house because I’m a bard! My old man cut me out of my house and I search for it as best I can. When I finished high school I did not continue studying anything”, he told 15 years ago in the presentation video he made before entering big brother 2007. Once inside, she became a central character: effusive, uninhibited, very sincere and the center of each of the parties. She also had several fights -many with Floppy Tesouro- and hilarious moments. She spent 88 days locked up.

What followed for Rincón after the reality show was the beginning of a career in show business and several scandals that, over time, he knew how to leave behind. Thanks to her self-confidence and her physique, she participated as a star in several magazines in the theater and was chosen on several occasions as “the girl of the summer” in Carlos Paz. She then went through “Dancing for a Dream 2012” and came to the gossip programs both because of her confrontations with Moria Casán and because of her love affair with Ale Sergi, the leader of Miranda, with whom everything ended very wrong.

As she herself told on several occasions, she battled on several occasions against drug addiction and depression. Also, she confessed a few years ago that she has Borderline Personality Disorder. Despite the obstacles that she had to face throughout her life, Rincón managed, through hard work and perseverance, to build a career as an actress. The initial kick of her acting work-hers and hers, Martín Fierro, hers as a revelation- came from the hand of The lionessin 2016. Then came A rooster for Aesculapius, 100 days to fall in love and very soon she will be one of the protagonists of the second part of Argentina, land of love and revenge. In theater she participated in My life as Lucia, heated Y the 39 stepsa piece that gave her a Carlos Award for best actress.

Constancy, study and a lot of work. That was the formula that he put into practice Alexandra Martinez to take off the label of former Big Brother as a letter of introduction and become one of the best-known female faces of television sports journalism. She put her plan into practice so well that today no one remembers that her beginnings were in the Telefe reality show. The woman from Cordoba, who in 2001 reached the final of the second edition of the program, hosts the morning of the news channel IP, is part of the team of Circuiton ESPN 3 and covers the soccer field on weekends for Public TV.

Alejandra entered GH at the age of 23, with some modeling jobs and a three-subject debt to become a public accountant. At home, she endeared herself to viewers and her classmates thanks to her charisma and sweetness. In addition, she became a girlfriend with Pablo Heredia and confronted Silvina Luna after she declared her love for the actor. Once outside, in love with the cameras and without denying her beginnings, she began her ant job: while taking her first steps on TV, she established herself as a model, graduated from the National University of Córdoba and studied Sports Journalism at DeporTEA.

On her way to driving -TV Host defines herself in her IG account- Alejandra went through a large number of cycles before landing on IP: I felt the summer, Limit Fox Sport, X-class, Rock&TV, to play America Y CallTV. In 2008, the opportunity arose to be part of the popular car show The GarageTVwhere he spent almost 8 years. In addition, Alejandra tried on the actress costume: she made an appearance in Married with kidsand participated in the casts of Go ahead, my brave Y Dear Mr. New York in the theater. During the last few years, she was part of the DirecTV Sports news team and was a panelist on Pampita Online. On a personal level, the Cordovan also managed to fulfill the dream of starting a family: in 2006 she married speed car driver Juan Pablo Rossotti, with whom she has two children: Sofía and Benicio.

Silvina Moon is, from this list, the one that is perhaps most related to Big Brother. However, Rosario, who won the affection of the public inside the house for her great sense of humor, her friendliness and her spontaneity, once outside managed to build a career that took off from her beginnings. With a dozen plays to her credit, television programs, commercials, several experiences in driving and cinema and some more reality shows, the actress earned a place in the world of entertainment. She also starred in some romances that made the news, several scandals and a health problem resulting from malpractice. Today, the brunette who always knew how not to go unnoticed, she approached spirituality and ontological coaching.

Luna was part of the “little brothers” who lived together during the second edition of the program, in 2001. She was second, behind Roberto Parra, the winner of that year who, in a talk with Carmen Barbieri in very morning He highlighted the generosity of the actress that last day at GH’s house. In addition, the former participant The famous hotel He put himself in the center of the scene for having gained weight during the confinement and having taken it with great humor. “It makes me tender to see myself,” she confessed in intruders a few years ago about his beginnings on TV. “We had fun, but nothing to do with the boys now, we were very naive,” he added.

“Everything I built was thanks to Big Brother. It was a first push. One cannot deny what was and is part of what I am now too”, explained the model in dialogue with the radial cycle Just in case, some years ago. She barely left the house, Luna took advantage of the opportunity and became a mobile of Mary in the afternoon and took her first steps as an actress in I put Francella, There are not 2 without 3 Y The Roldans. His journey through TV fiction and theatrical comedy gave him a name of his own, far from GH. He also knew how to take advantage of the screen given by the dance contests led by Marcelo Tinelli and was part of two editions of “Dancing for a Dream”. This year he was part of The famous hotel and passed by the armchair team flower as a panelist.

Without stigmas: four former Big Brother participants who managed to detach themselves from reality