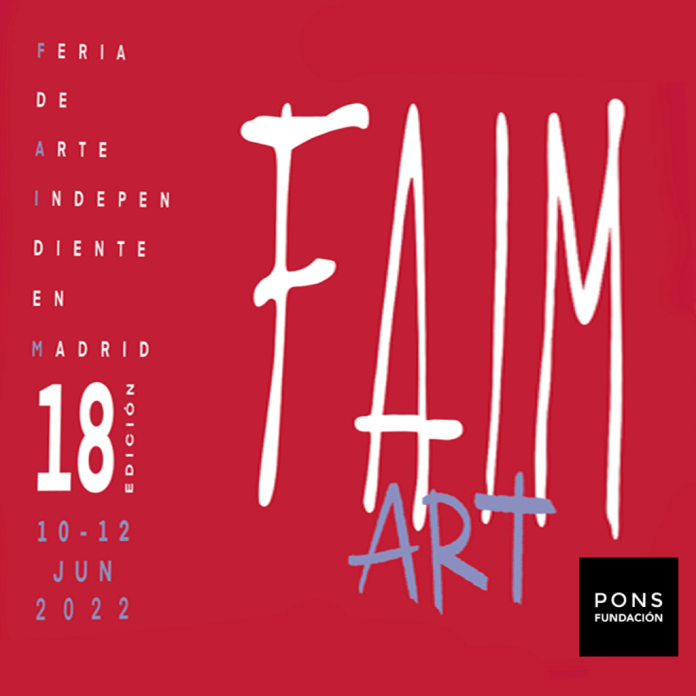 OAXACA, Oaxaca. (page 3.mx) .- His destiny was to be a peasant, but he left behind. A book by Guadalupe Posada awakened his great passion for the arts as a child without understanding it.

Now, Manuel Miguel has been undertaking new projects and challenges that have led him to chart his own path in the plastic arts.

This path took him to Spain to participate in the Independent Fair in Madrid (FAIM) that takes place at the Pons Institute located in the Barrio de Salamanca where an exhibition of the Zapotec artist will be inaugurated.

Manuel Miguel, a native of Teococuilco de Marcos Pérez, a Zapotec community of Ixtlán de Juárez, in the Sierra Norte de Oaxaca, will present around 80 works at the Independent Fair on June 10, 11 and 12, 2022.

In an interview with pagina3.mx, the Zapotec artist explained: “From the outset we took eight large pieces one meter up; from there come 20 small pieces, seven bronze sculptures, and we carry between 35 and 50 graphic pieces because it is the most practical to transport”.

Among his work, he has 15 pieces from a series called Linear Expressions and another 10 from a show that he titled Sin Identity where he shows the abstraction of a semblance, but with the clothing that has always characterized and identified the original peoples.

He explained that in his work he carries the strength of the identity of Oaxaca, of its communities, of its regions and above all of its ethnic groups, of all its cultural diversity; He also carries a series of hummingbirds, which is one of the elements of him that he has constantly used as a Tona or Nahual theme.

In addition, within its plastic composition it carries “a series of the Oaxacan Farm that is a work made up of various species of mystical animals that often exist in the imagination, it is often to speak of fantastic zoology.

In this case, he said, “I constitute it as the Oaxacan farm because it comes from a childhood composition because I come from a community and since I was little I had that interaction with the chickens, the pigs, the donkeys and the goats and today He manifests it to me and I already transfer it to the canvas with another more mystical concept and a little cartoonish”.

Before leaving for Spain, Manuel Miguel granted an interview via zoom and in it he explained why he identifies with the hummingbird because it is a clear symbol of those freedom privileges.

“The hummingbird has no limits, it even maintains itself. It has the facility to go back, go to the sides, reflect and even reach places not previously discovered, it has the flexibility to feel full, they are even an important base of our ecosystem, they feed on the nectar of flowers. Without knowing it, they do philanthropy in nature and in my case freedom is a privilege, which sometimes not many have it”.

In short, his freedom to create has the similarity of a hummingbird, to experience different areas, to risk and provoke different experiences in each technique. Such as: Engraving, Ceramics, Bronze, Metal, Acrylic, Design and Resins.

His beginnings were inspired by an environment full of sensitivities and textures, a world that only he, from intimacy, managed to see through the eyes of Master Alejandro Santiago (deceased), a countryman of land, aromas, traditions and customs. . Throughout those years he knew art through work and effort, he knew that to get there he had to learn every structure, every frame and every tool. “That’s the only way an artist is formed,” he says.

Manuel Miguel, who was born on December 20, 1985, in Teococuilco de Marcos Pérez, recounted that his whole life has been fighting against the current:

“I am the third child of my father’s four and I am the boy and my destiny was to be a farmer because in the villages when the boy is born it is a party because he is the one who will help the father with the tasks in the field.”

“But unfortunately I got angry with my dad and told him that I wanted to study and it was not pleasant for him to hear my voice, because he is a farmer and wanted a strong hand to help him in the field.”

He says that when he was a child, the primary school teacher let them do a team task and they sent him to the town library where he found the first art book: “it was a little book by Guadalupe Posada and it was there that I spent a lot of time copying those skulls , those catrinas, without knowing. Later I found out that it was an engraving technique”.

At the age of 18, he had to emigrate to the United States. He lived in New Jersey, New York and Pennsylvania where he worked in construction: “I did not plan to return to Oaxaca because I had found the American dream, my work was well established.”

At that time, he says, “I was taking a drawing course, through mail, as if it were online today, but one day, through Univisión and the New York Times, I met one of my countrymen, the teacher Alejandro Santiago, who interviewed him for holding the exhibition 2501 migrants at the Monterrey foundry.”

“For me it was a great impression that a countryman and native of your community is recognized internationally, which is the focus of attention at that time and I said one day I will return to Oaxaca and I will look for him and I will work with him, but that was an expression because it was not in my plans to return to Oaxaca.

“A couple of months later, an accident brings me back and that is where my whole life changes. In 2007 I started looking for the teacher Alejandro Santiago, who taught ceramics, graphics, sculpture and painting workshops because he said it was the only way to avoid emigration”.

Something that marked Manuel Miguel’s life was when he arrived with maestro Alejandro Santiago and told him, “I want to work with you. My surprise was that he began to cry because someone in his community was interested in what he was doing and above all that someone was going to be a spokesperson for his work because in the communities, someone saying I am going to be a painter was not credible” .

“At the age of 21, I began to collaborate with maestro Santiago and that is where the whole panorama of the world opens up to me, of all that monstrosity that seems so small but in the end it is a huge world where you have to be day by day. experienced, doing trial and error, dealing with your ideas, thoughts, emotions, with certain sacrifices. This becomes a world for you, you make all this your home, your way of life, your fantastic world”.

The tonas and the nahuales are themes that are current in his work because “I come from a community where we were practically on that line between pre-Hispanic mysticism and modernity, since it began to take shape in the communities that had to speak Spanish or Spanish and that part touched me because it was in my generation where I had that pattern of knowing the migratory flow.

Quite a few friends and relatives had to leave the communities to seek a better life condition and the mother tongue had to be abandoned and you practically forget that pre-Hispanic mystical part, rituals, ceremonies from the moment in which the peasant planted the land, harvested or asked permission.

“I was touched by part of all that that nowadays is unconsciously beginning to be reflected in my painting. It’s like that feeling that was frozen for a long time and that today painting gives me that freedom without conflict, something to develop it and, above all, to express it through painting because before if you came from a community they discriminated against you.

“Today there is more freedom because feeling identified with a group, with a painting, with a region, that makes you unique, that makes you have a cultural identity, have an origin, because we are no longer someone who wanders and that we are from various chiles, but that we are already characters who have a foundation, a support regarding our origins.”

“In my case, I am Zapotec, and before it was difficult for me to say it, but today I say it with all pride because quite a few social parameters have already changed, which were the ones that sometimes intimidated you to express yourself in that way, that is why part of that work that we take to Madrid, is that part, to continue showing our cultural identity, of which we Oaxacans are made”.

“That it is not just a matter of painting for painting’s sake, but behind that painting there is a manifestation of freedom, an echo of those people who tried to do it at the time but could not or did not have enough life and we who today have the opportunity that through painting we can show the world our cultural essence and our origins as a mountain in my case, for me it is that essential part and it is what I want to make known”.

Collectively, he has presented his work in almost 50 exhibitions throughout the republic and abroad, sharing the stage with great artists of national and international stature, standing out: “Fórmula Arts”, within the framework of Formula 1, in the Mexico City; «Women: immanences and transcendences», in the Museum of the Government Palace, Oaxaca, «Great masters from Oaxaca», in San Pedro Garza García, Nuevo León; “June in the Heart of San Angel”; at the San Ángel Cultural Center, in Mexico City; “Sueña Oaxaca”, in the Legislative Palace of San Lázaro; Exhibition in the framework of the “Christmas Cocktail of the British-Mexican Friendship Foundation” (Patron His Royal Highness the Prince of Wales), in the Winter Garden of the HSBC Tower, Mexico City; the Art Auction “Change begins with me” exhibition to benefit the Spirituality for Children association, in Mexico City, among others.

With more than 80 works, the Zapotec artist Manuel Miguel is presented at the Madrid Independent Fair

Shavuot and the love of Torah: Why do we read the book of Ruth?
Moria Casán: "When people see me they don't know if I'm a Porcel movie, the Deceased Correa or Indio...
Mes de la Biblia: 4 ventanas sobre Jesús (Weren), 4 lecturas de la Biblia (Pikaza)
Tweet
Share
Share
Pin