Just as in the new millennium people can keep up with the news of their country by having media applications or view movie catalogs from their cell phones, they can also enjoy listen to news, stories, stories, interviews, among others through their mobile devices without having to be glued to their screen and with the possibility of doing other tasks simultaneously.

In order not to waste more time trying to decide which podcast to listen to, here we bring a list of the audio productions most popular of the moment through Spotify.

Intoxicado is a documentary podcast that immerses itself in the life of Pity Alvarez, a charismatic and talented musician who ended up in prison for murdering a man with four bullets. In addition to delving into the police case, the tour portrays the intense and stormy life of Pity, from his origins with Viejas Locas in the 90s – when he created a new subculture – to his days in a psychiatric ward in Ezeiza. The case also exposes the institutional fragilities to contain addictions and mental health disorders.

Migue Granados was always interested in disturbing, fighting and investigating to get a little further. In each episode, Migue interviews hand in hand, in an intimate and sincere conversation, different personalities with unique life stories. A single premise: ask and discuss until the last vertebra; take off our masks to talk about what really happens to us. Life has a raw part… And Migue doesn’t leave it aside. La Cruda, an original Spotify podcast.

In this podcast we talk about emotions. Of your internal mechanisms: Why do you do what you do? Why can’t you express certain emotions and others? Why do you feel bad sometimes? Why are there things that anguish you, that generate fear, nostalgia, or that give you pleasure? How to regulate your emotions to feel balanced? Emotional management is the KEY to living a meaningful life. And it’s up to you to learn it! The gateway to this process? Naked Psychology. From the hand of Clinical Psychologist Marina Mammoliti. www.psimammoliti.com

Year 2022. Psychiatrist Elisa Aldunate records the sessions of an enigmatic patient, registered as Case 63, who claims to be a time traveler. What begins as routine therapeutic sessions quickly transforms into a story that threatens the borders of what is possible and what is real. A story that moves freely between the future and the past of two characters who, perhaps, have the future of humanity in their hands. Starring Antonia Zegers and Néstor Cantillana. Case 63 is a Spotify original podcast.

5. Nobody Says Nothing Podcast

#Nobody Says Nothing with Nico Occhiato, Flor Jazmín Peña, Nati Jota and Nacho Elizalde. Now we also accompany you in podcast format. Listen to us live from YouTube, Monday to Friday from 10 a.m. to 1 p.m.

Two fishermen walk along the beach and find a ship run aground, on its mast there is a crucified man. The fishermen get on the boat, inside they will find three brutally murdered bodies and an African girl chained in the engine room. Who is that crew, why are they lying dead, why does it seem that they carried a curse and why is there a girl imprisoned, sentenced to oblivion. On the side of the hull is the name of the boat. This is a story about slavery and about what happened on a journey across the Atlantic that lost control, it is the story of Montserrat.

Did you ever find those letters that you sent each other with your first love and read them again? Have you ever checked those emails you wrote to your partner from 10 years ago? Malena Guinzburg and Connie Ballarini are going to be encouraged to read all those letters, emails and notes that they sent or that they didn’t dare to send. Letters of love and heartbreak that were forgotten and that Male and Connie bring back to transform all that nostalgia into lots of laughs. Spam, a Spotify Original Podcast.

A podcast about conscious happiness, personal growth and the psychology of Buddhism, in a simple way, without words in dead languages, directly and without mysticism. Spirituality without dressing in white, without lighting candles, without rituals… and with a lot of heart; yes: in slippers. Read more about what I do here (http://bio.site/lucassanova)

The COMPLETE episodes of Stop the Hand. With Luquitas Rodríguez, Germán Beder and Alfred Montes de Oca. Monday to Friday from 19 to 21 by Vorterix.

what is a podcast

Podcasts have regained strength among users of streaming platforms, especially after the coronavirus pandemic (Getty Images)

A podcast is an audio product which has a defined periodicity and can be made up of several episodes, although it has its origins in the radio, currently those who like this format can find it on internet pages or streaming platforms such as Spotify.

Although podcasts began as a discussion between several participants on a specific topic, over time the ways of doing them have been diversifying and now it can be a person speaking or a group, likewise, they are not only used as a space to exchange points of view, but also encompass genres of interview like the podcast #AtCasaDeMara where he asks questions to various characters such as edy smoleither fictionas it happens with the suspense story of the chilean podcast Case 63or deal with science, politics, journalism, welfare, among others.

The word “podcast” was first used on February 12, 2004 by journalist Ben Hammersley from Guardian in an article in which he talked about how economically viable it was to make an online radio program and access them whenever users want.

Although there are various debates about when the first podcast in history emerged, there are several experts who have pointed out that the idea was clear since the creation of the podcast. Thomas Alva Edison’s phonograph in 1870when the intellectuals of the time such as Philip Hubert, Octave Uzanne or Edward Bellamy predicted that people would end up “reading with their eyes closed” books, newspapers and magazines and even mothers would stop snoring telling stories to children before going to sleep. 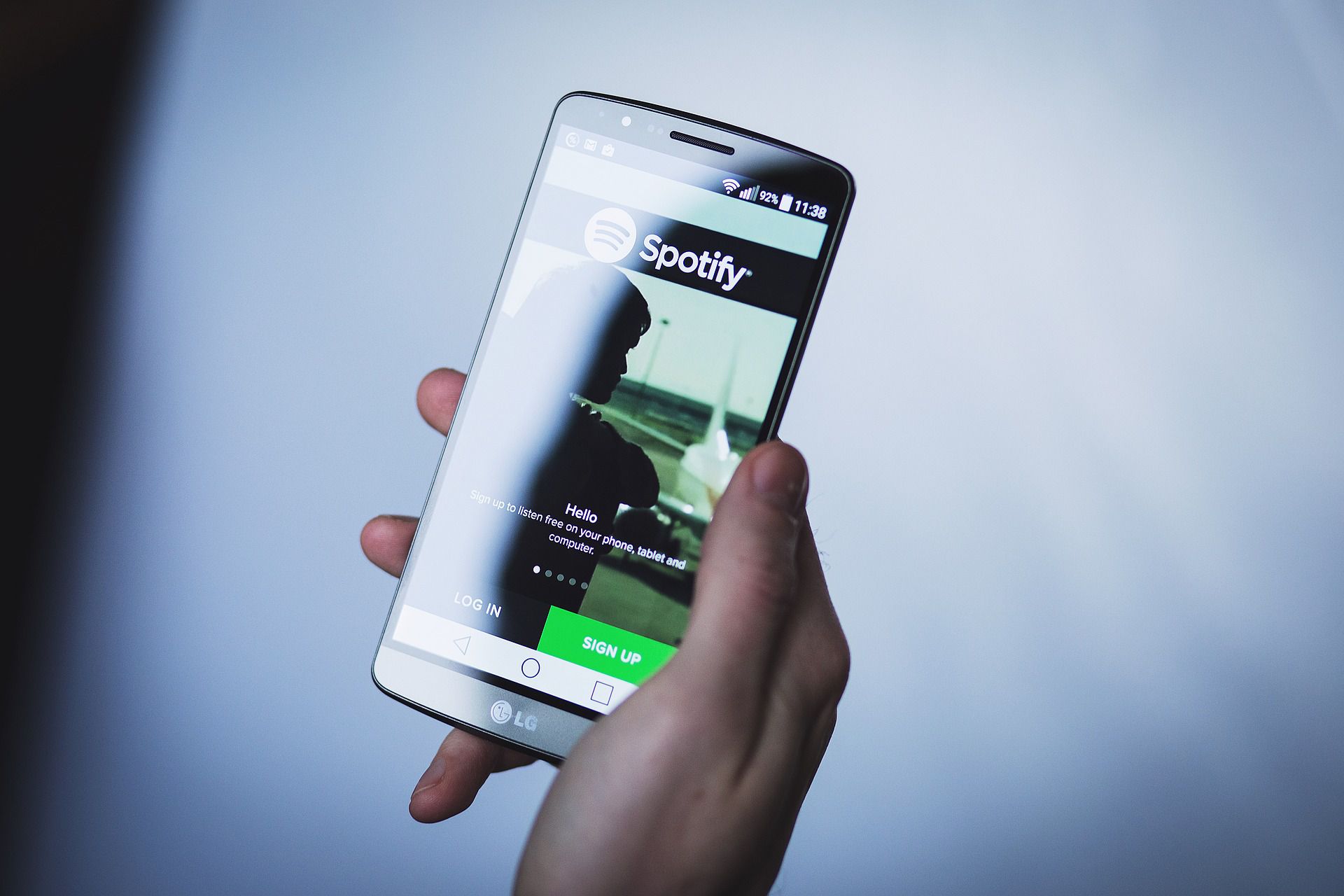 Spotify has become one of the most competitive streaming platforms. (Pixabay)

It was on September 25, 2013 when the streaming music platform arrived in Argentina, being the second country in Latin America only behind Mexico. His arrival in this South American country was only two years after the arrival of Apple’s iTunes.

Created in 2006, the company of Swedish origin initially offered a musical catalog of 20 million songs; currently has a catalog of songs from more than seven million artists who are affiliated.

Currently the platform is present in 187 territories around the world and in recent years it has been gaining greater presence throughout the world.

Compared to its competitors, who have chosen to pay based on physical sales or downloads, Spotify has followed a model in which it has chosen to pay the artists in its catalog at a fixed price per song or album sold and number of plays.

The coronavirus pandemic not only benefited podcasts by increasing their number of users, but also audiobooks also added more consumers on various platforms, including Spotify, as it is estimated that they can leave annual profits of up to 70 billion dollars.

Its rise could also be due to criticism of the ease with which the platform has allowed podcasters to speak, falling into errors of misinformation in the midst of a pandemic, as was the case with Joe Roganwhich also caused the company to lose up to 2.1 million dollars.