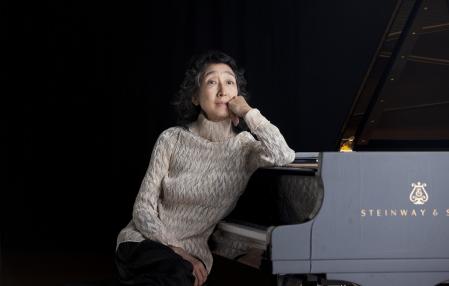 More than 2,400 years ago, Plato stated that “music is for the soul the same as gymnastics is for the body.” Since then, the great musical works have accompanied us in many important moments of the great human adventure. For this reason, a magnificent idea to start enjoying the new year with renewed energy and good resolutions is to fill it with the emotions caused by listening to how the scores of composers such as Mozart, Chopin or Beethoven come to life and also those of contemporary authors who continue to open new roads.

That is exactly what the Palau de la Música Catalana offers us, through a series of concerts by great performers and orchestras from all over the world that, from January to July, will allow us to enjoy some of the most beautiful sounds created for the human being. To say goodbye to the Christmas holidays in style, nothing better than delighting ourselves, on Wednesday, January 11, with Mozart’s piano concertos 5 and 25, by the hand of the Japanese pianist Mitsuko Uchida and the Mahler Chamberwho will also interpret the Schoenberg Chamber Symphony No. 1.

New year, new life, says a famous saying. A good way to make it come true is to enjoy, on Thursday, January 19, all the heroic drama and psychic exaltation of Dvořák’s ninth, known as the New World Symphonyinterpreted by the Orfeó Català and the Bamberg Symphony, under the baton of Jakub Hrůša. In addition, the violinist Patricia Kopatchinkaja will join the party in a symphonic journey that shows the transition from Romanticism to Minimalism, with works by Stravinsky and Arvo Pärt.

Devotees of the music of Frédéric Chopin will do well not to miss the recital given by the young and talented pianist Yulianna Avdeeva will toast, on Monday, January 23, dedicated to the Polish genius, along with pieces by another master of Romanticism, this time late, Sergei Rachmaninov.

On February 15, the Palau offers the opportunity to meet again with the great Jordi Savall and Le Concert des Nations, who this time will address the aquatic music by Händel, an excellent sample of the festive spirit of the most luminous baroque. Three days later, the OBC, with Jörg Widmann at the lecternwill offer us his vision of the seventh symphony by Beethoven, a musical apotheosis that stands out for its changes of rhythm, from the most serene to the most lively tempos. In addition, the orchestra, in the company of the Orfeó Català, will premiere a piece by Widmann himself that proposes a series of brilliant variations on The song of the ocells.

The emerging director Elim Chan, conducting the Antwerp Symphonywill be in charge, on February 23, of moving us with a symphonic version of the ballet suite Romeo and Julietby Prokofiev. The Cello Concerto No. 1 by Shostakóvich, with the brilliant Pablo Ferrández as soloist, will complete an evening full of virtuosity and dramatic depth. Those interested in the genesis of opera, for their part, have an unavoidable appointment with Il ritorno d’Ulisse in patria, a work written for the Venice carnival of 1640 by Monteverdi, based on the Homeric Odyssey. The versatile tenor Mark Padmore, the mezzo-soprano Sara Mingardo, the ensemble Europa Galante, directed by Fabio Biondi, and the Cor de Cambra del Palau will be in charge of officiating a well-deserved monument to a fundamental work in the history of music.

On March 15, we will celebrate the 200th anniversary of the publication of the beautiful miller. This cycle of songs composed by Schubert based on poems by Wilhelm Müller covers a wide range of human feelings, from joy to despair. Thanks to the voice of Christoph Prégardien and the piano of Roger Vignoleswe will evoke triangular passions marked by unrequited love and convulsions of the soul that have their faithful reflection in nature.

From Bach’s spirituality to Wagnerian exaltation

March 30 and 31 will be dedicated to two masterpieces of the Bachian repertoire, closely linked to the history of the Palau, the Passion according to Saint Matthew and the Passion according to Saint John. The first will be performed by Vox Luminis, the Freiburger Barockorchester and the Orfeó Català Children’s Choir, while the second will be performed by the Collegium Vocale Gent, led by Philippe Herreweghe.

Javier Perianesa pianist especially loved by the Catalan public, will perform, on April 20, the scores of the first notebook of the goyescas by Enric Granados, which premiered in 1911 at the Palau de la Música. The recital will also allow us to enjoy a true “romantic party”, with works by Schumann and Brahms. For his part, the charismatic and iconoclastic Theodor Currentzis will return to the Palau, on May 14, with musicAeterna to perform the last of Tchaikovsky’s symphonies, the immortal pathetican exuberant and tumultuous work, autobiographically inspired, which ends up becoming a premonitory requiem.

inside the loop Palau Operaon May 30, we will be able to listen to an unusual work on the stages: Il Tamerlanoa delicious pasticcio composed by Antonio Vivaldi that demonstrates all the splendor of the baroque, and that here will address the prestigious Byzantine Academy directed by Ottavio Dantone, together with a cast of voices among which we can highlight Marina de Lisa, Bruno Taddia and Filippo Mineccia.

On June 5th it will be the violinist’s turn Patricia Kopatchinskaja, who will form an explosive tandem with the pianist Fazil Say, in what is destined to be one of the most remembered moments of the season. Both artists will put their talent at the service of Brahms’ music. The concert will be completed with works by Schubert and Bartók. This is not everything. Inspired by the famous essay Wagnerismby Alex Ross the Symphony Orchestra of the Gran Teatro del Liceudirected by Josep Pons, will treat us, on July 13, with some great symphonic moments from operas by Richard Wagner, by Twilight of the Gods to Tristan and Isoldewhich will surely unleash new Wagnerian passions.

In total, 14 essential appointments with various jewels of composition, ranging from the spirituality of ancient music to contemporary minimalism, going through the plenitude of baroque beauty and romantic storms.

“La sociedad del consumismo necesita generar seres que no sean felices”
Trick or Treat: Torah Villains and What We Can Learn From Them
Togo: the place of the Eucharist in the life of Christians
Tweet
Share
Share
Pin