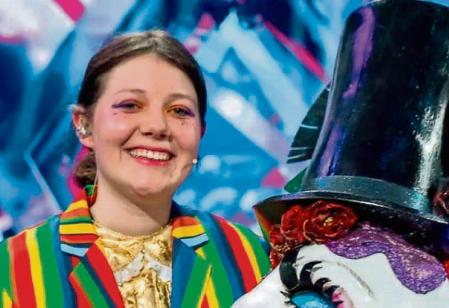 “He probably thought he could do anything without it affecting us. It is clear that Americans have no idea what a monarchy is, ”said King Harald of Norway, referring to the boyfriend of his daughter Marta Luisa. This week the royal house announced that the princess renounced her royal obligations, although she would keep her title, and thus she could dedicate herself to commercial activities with her fiancé, the American Durek Verret, a shaman by profession.

This decision ends three years of controversy, since the courtship of the first-born of the kings Harald and Sonia with the spiritual guide of stars like Gwyneth Paltrow came to light. Shortly after it became known that Marta Luisa had rebuilt her life in the United States after divorcing Ari Behn, a Durek Verret lecture tour of Norway was announced, with the participation of the princess, and charging admission to attendees between 80 and 130 euros.

Marta Luisa’s resignation gives freedom of action not only for her business but also to choose where to live once she marries Durek Verret, whether in Oslo or Los Angeles. And she also frees her three daughters, Maud Angelica (19), Leah Isadora (17) and Emma Tallulah (14), born from her relationship with writer Ari Behn, who committed suicide on Christmas Day, from royal obligations. 2019. The median is influencer Y tiktoker and the eldest has debuted as a singer in the Dutch version of mask-singer . In the contest, King Harald’s eldest granddaughter sang good as hell by the American Lizzo under the mask of a character named Dandy.

Marta Luisa is fourth in the line of succession, behind her younger brother Haakon (the heir) and his children Ingrid Alexandra (18) and Sverre Magnus (16). In 2002, coinciding with her engagement and her wedding to Behn, the princess began writing children’s stories and created a children’s entertainment company. In 2007 she opened a school focused on the development of sensitivity and spirituality. And in an interview to promote her business, she stated that she spoke with her guardian angel every day. The phrase raised controversy and some media outlets have already asked that she be removed from the royal house.

Marta Luisa’s is not the only case, Enrique de Sussex, second son of today’s King Carlos III, announced in 2020 that he and his wife Meghan, an American like the shaman, were leaving their duties in the British royal house to develop their own projects and be financially independent. They left the UK and settled in California. Princess Magdalena lives in Florida, eighth in the line of succession to the Swedish throne, and therefore with fewer and fewer obligations to the crown. She is married to the American financier Chris O’Neill, with whom she has three children, and has been criticized for participating in the shareholding of her husband’s companies.

The princess, the shaman and the crown