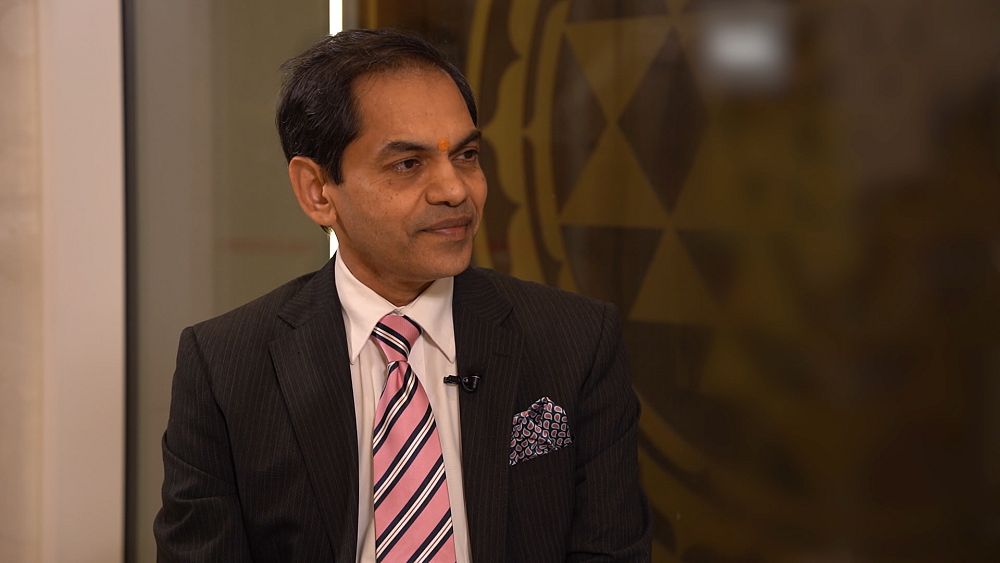 The new Hindu temple in Dubai opened in October. This modern spiritual center, very open to the world, is home to countless faces of Indian divinities.

Among the official guests at the inauguration in Dubai was Sunjay Sudhir, India’s Ambassador to the United Arab Emirates. Asked about the meaning and importance of this temple, he described it as “a wonderful evolution”.

The opening of this new temple in Dubai also has great significance for the large Indian community present in the United Arab Emirates.

“Each new temple brings new joy to the Indian community and this temple in particular, because it is a magnificent edifice which is in itself a work of art. This temple hosts 16 Hindu deities, as well as the Sikh scriptures of the Guru Granth Sahib”, explained the Indian ambassador proud of his country’s contribution.

Strengthening of economic relations between the two countries.

Sunjay Sudhir also spoke about the ever-strengthening economic relations between India and the United Arab Emirates. During his tenure, the two countries signed a Comprehensive Economic Partnership Agreement (CEPA) to reduce tariffs.

“For India, this is the first economic rapprochement agreement that we have signed in the last ten years,” said the Indian ambassador who also mentioned the essential role of the Emirates in the financing of Indian startups.

“Today we already have 107 unicorns in India, and a lot of those unicorns are actually being funded by the Emirates. So the UAE and India both believe that their future is inseparable and that’s why these two countries complement each other so well”, explained the representative.

“India and the UAE are working together on health cooperation in Africa. We are collaborating on fintech. We have already started working on issues related to climate change,” added Sunjay Sudhir.

The role of ambassador to the United Arab Emirates

When he talks about his role as ambassador to the United Arab Emirates, Sunjay Sudhir does not hide the fact that despite his experience, this country managed to surprise him:

“It was only after coming here, and being given the responsibility of being India’s ambassador, that I realized that there was actually a lot more to do, because everyone here is very open. There is so much going on and I realize that anything is possible here.”

Sunjay Sudhir has extensive experience in Indian foreign affairs. For him, having such an international experience is above all a great opportunity.

“It all started about 30 years ago in Egypt, where I trained in Arabic, then I was posted to Syria before returning to Delhi to work. After that, I went to Sri Lanka, then to the WTO in Geneva. I came back to India, then I went to Sydney. Then I was appointed ambassador to the Maldives and finally arrived here in the United Arab Emirates. So I traveled the world and occupied very different functions, but above all very enriching, the picture is very wide and very colorful”, concluded the Indian ambassador.

The new Hindu temple in Dubai honors the Indian community

“Durante siglos, la sexualidad femenina ha estado raptada, secuestrada”: Noemí Casquet habló con Inf...
10 signs of 'ancestral spirits' and how to know if they are with you
A deep distrust of many young people with regard to science
Tweet
Share
Share
Pin