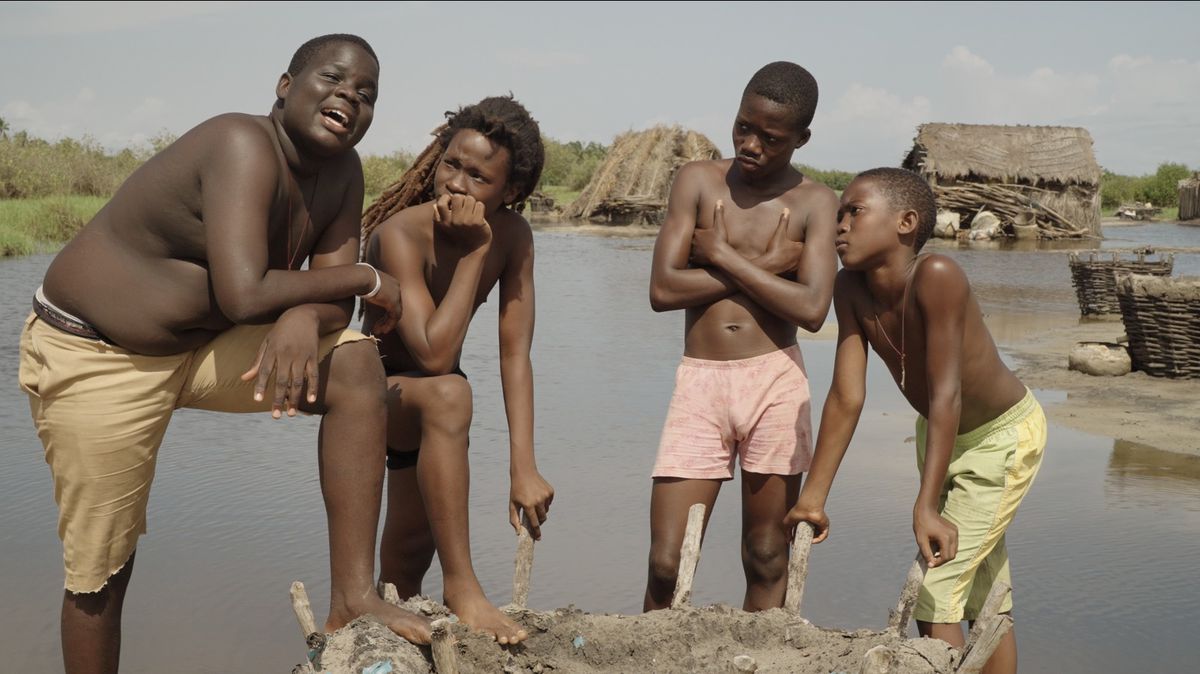 Cinema invites us to understand, from another point of view, what we look at from the outside when we travel as tourists. Through the films made in the least visited corners of Africa, we can sneak behind the latticework of a family home, listen to every inflection of a native language and spy on what goes on in the neighborhood without being seen. We will never find out everything because, as in life, there is always a mystery that remains unrevealed, which drives us to continue wanting to know. The movie Le Panthéon de la Joie (The Pantheon of Joy, 2022), by jean odoutan (Benin, 1965), whose international theatrical release is scheduled for May 3, is an artistic journey to Ouidah, the spiritual capital of Benin. Loaded with old stories of pain, such as its past as a slave port, the city is, at the same time, a reference point for festivities that celebrate the return of the spirits of the ancestors, who appear to make the living dance. Perhaps as a humorous compensation for so much injustice.

Odoutan has created a musical comedy, performed by the inhabitants of Ouidah. It is a neighborhood opera, with the freshness of child protagonism, performed on the roofs of half-built houses, in the narrow corridors that leave the markets and on flooded dirt streets. Jacob Gbetie Marcos, Jérémie Ahouansou, Coffi Jean-Phlorique Anato and Carl Tchanou, who are around 12 years old, are the four main actors, also dancers, musicians and singers, and recently won the award for best performance at the 16th edition of the International Trans-Saharan Film Festival from Zagora (Morocco).

If the young people leave

The themes on which these children and their companions sing are those of everyday life in a neighborhood of any West African city. Teenagers dream of jumping into the ocean to reach another, more prosperous shore, and in the songs, composed, orchestrated and choreographed by Odoutan himself, the word “France” and emblematic Parisian places always appear. The protagonists celebrate with artisanal percussion, clapping their hands, their bodies and recycled pots, each passing triumph, such as finding the coins that allow them to buy a bunch of firewood for their grandmother to cook that day, or steal a tomato or have a fish to eat. to share. Misdeeds told in the local language Fon, peppered with French.

“Leaving is not the solution”, reads the lyrics of one of the songs that is repeated the most. Tenderness, meanwhile, is reserved for the relationship of adolescents with women: the grandmother who barely manages the home, the single mother who deals with the administration for her son’s primary school title, the other mother who She wanted to defend her baby from the pettiness of her father but she was subdued, the seller of peeled oranges, the storyteller… Even the presumptuous widow who wears an Eiffel tower around her neck and has the most beautiful house in town, but she can’t pay to the masons. They are the first to wonder why emigrate. The elderly also question, anguished, who is going to raise the country if they all leave. To leave, yes, but to return to contribute to the country, the young people respond.

Resilience, could be called the complete postcard, the one that no tourist in Benin manages to take in with his eyes. Between the toothless walls and the bare ironwork, eternally waiting for a cement pillar to cover them, these daily conflicts take place.

Each shot of the film denotes a careful staging and many weeks of rehearsal. The representations of the voodoo rituals deserve special mention, as they invite us to delve into a different spirituality with less prejudice: the one that allows the dead to live in harmony with the living, accepting the power of what cannot be elucidated. Thus, the absent character of “Uncle Gabriel” (played by Odoutan himself), a migrant in France for a long time, returns to his neighborhood in a coffin, but it does not cause grief, but rather gratitude and joy.

While the hope in the town is renewed in the heat of the funerals, the children, the girls and also the adults dance on the beach, near the mouth of the Mono River. With their faces painted white, around the Egungun, the figure that in Yoruba mythology represents the collective spirit of the ancestors, who do not abandon the children of their land and accompany them to follow their ethical standards during their existence.

Odoutan explained that this, his seventh film, had taken him ten years to write and ten weeks to shoot, during the summer of 2022. Like Uncle Gabriel, the director has lived in France for three decades, but often returns to Ouidah, where he founded a film school for young people in the region. In addition, since 2003, Odoutan organizes there the Festival International du Film Quitessencein whose next edition, in April, ‘The Pantheon of Joy’ will be screened.