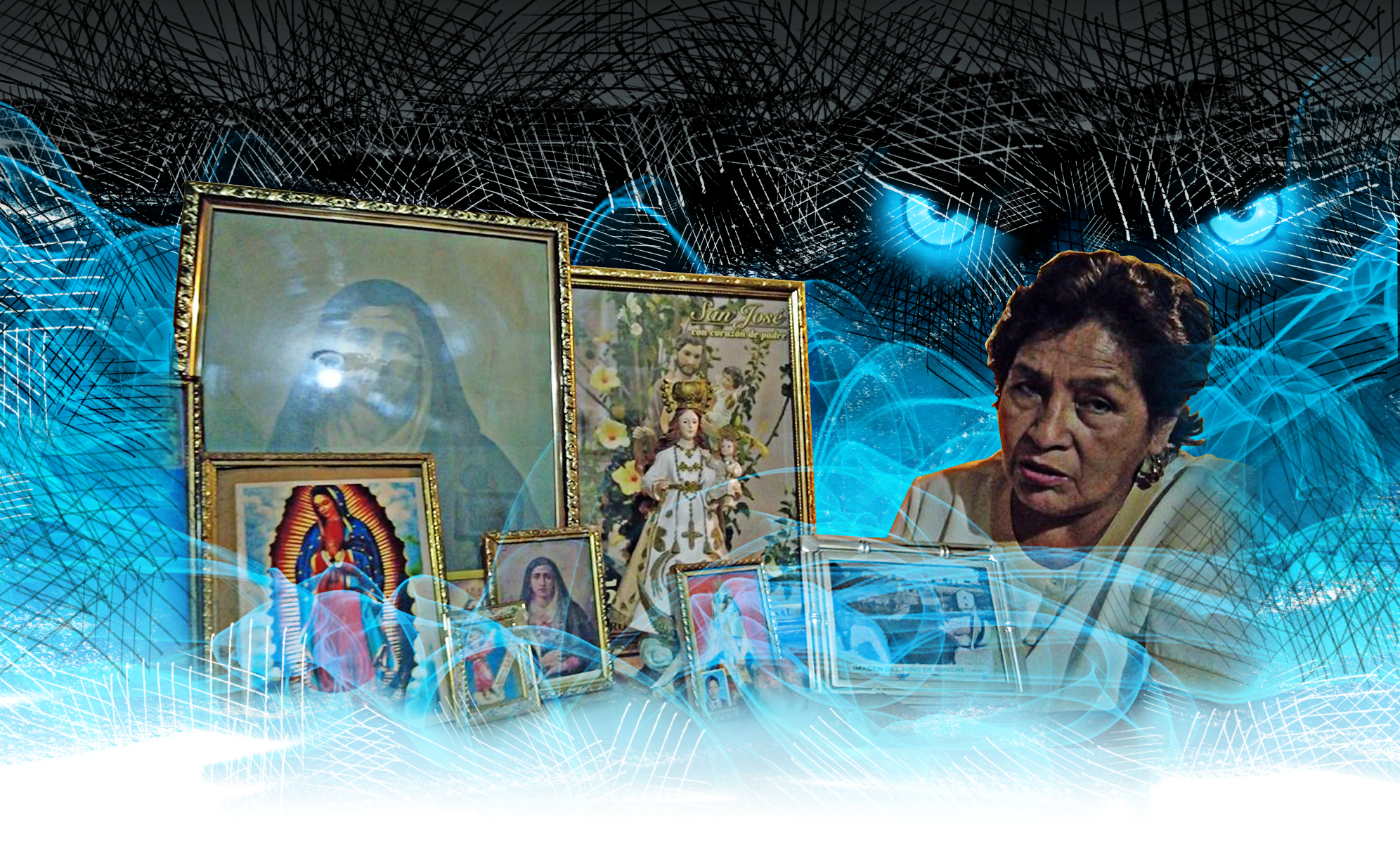 that the witches they fly on brooms, cook children or dance naked around the fire, there are many of the stereotypes that are woven around these characters.

A team from EXTRA was invited by a group of wiccans from Quito –a pagan religion of Celtic origin– to its major celebration: The Samhain.

Night falls on October 31 and 30 people arrive at a house in the north of Quito, including men and women dressed in black, purple and orange.

The rustic-looking property is adorned with garlands of the same colors. In almost every corner there are lit candles, images of goblins, of Knights Templar. An image of a woman rests on an altar. “She is the goddess”, comments Kirké, who is called the teacher and who presides over the ritual.

It has nothing to do with the Catholic virgin. In fact they call themselves warlocks and witches. “This is continuous learning, those who want to join know that we are constantly changing,” explains the teacher.

This is also the result of a constant spiritual search that is aimed at contact with the naturethat is why these rituals are part of the agricultural year.

The participating women who wear long capes are priestesses. “They had academic training and an initiation to be” says Kirké.

There is a training cycle of more than a year to understand this belief and the spirituality that it entails. To graduate you need to do a magic thesis.

This group has been practicing in the capital for more than 20 years. Kirké and the oldest priestesses were trained by teachers from other countries.

Kirké explains that Samhain means where one cycle ends to start another. is the call celtic new year Inhabitants that occupied the current European countries such as Ireland, Scotland and the United Kingdom and their existence dates back to the Iron Age, seven centuries before Christ.

Before beginning, one of the priestesses passes incense in the form of circles to cleanse the sacred space. Little by little, the participants enter the main room, but not before washing their hands in a vessel with water and herbs. Then they form a circle.

Kirké makes a prayer of “separation of worlds. “In this time that is not time… I separate the earthly world from the spiritual,” says the woman as she crosses two obsidian knives. Deities are invoked: the god and goddess; as well as the guardians of the four elements of nature: earth, air, fire and water. The circle from which no one can get out is closed.

This tradition, according to the expert, came to America from the hand of Irish emigrants with a religious influence that was called The Hallowed Ones or All Saints’ Day. Those words came together and gave rise to what we know today as Halloween.

They all light black and orange candles and share the fire. In a meditation guided by Kirké, those present connect with the earth and with the universe. “Feel and visualize how the energy of the mother and father connect through your feet and shoulders.”

Everyone is silent, the place in darkness. The only light that can be seen is the candles lit in front of each one.

He adds that the ancestors “have come on a night when a portal opens to connect with those who are no longer in the earthly world.”

Samhain is a ritualistic form that works with positive energy. There were no sacrifices or curses. It all ended at a communal table with chips, juice, fruit, and colada morada.

The Mystery Corner: In Quito a Celtic celebration was held that gave rise to Hallowen