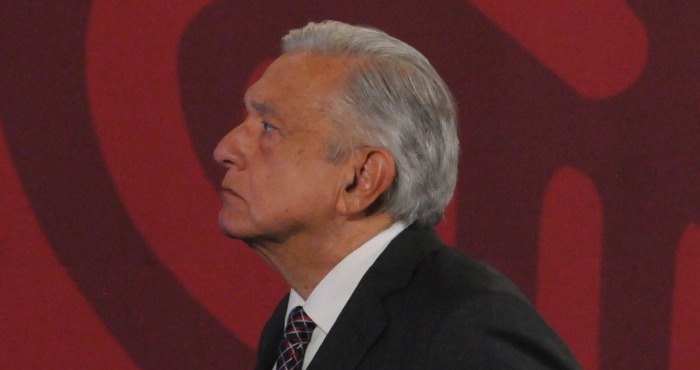 The title that Andrés Manuel intends to give to what will be his last book on politics, the culmination of one of a collection that, by the way, could soon earn our President the Nobel Prize for Literature, is very apt, fair.

The Tabasqueño, who was also given the gift of writing, must know perfectly the correct meaning of Odyssey -beyond being the name of Homer’s greatest poem-, because in effect it is what more fully defines his long career in public life that culminated in the Presidency of the Republic.

According to the Royal Spanish Academy (RAE), odyssey has two meanings:
1. f. Long trip, in which adverse and favorable adventures abound for the traveler.
2. f. Succession of incidents, generally unpleasant, that happen to someone.

In my humble opinion, either of the two somehow defines the story of an outstanding character who one day left his Macuspana to make a pilgrimage for years and years along the roads of Mexico before achieving his historic mission, that of leading a new transformation, the fourth, of this prodigious Nation for its endurance.

His was indeed a long journey in which adverse adventures abounded and favorable ones were scarce, before reaching the culmination of his destiny. He suffered a succession of incidents, many of them unpleasant, yes, that at times were about to make him give up on his mission. However, Andrés finally reached his goal and began in 2018 the task that fate had given him and that will soon reach its culmination.

We are indeed witnessing the End of the Odyssey; but with a sense of grandeur, I would say. From epic: “Extensive poem that sings in elevated style the exploits of a hero or a great event, and in which the supernatural or wonderful usually intervenes”, defines the RAE. That will undoubtedly be the book that the Master announces to us.

Surely its publisher is already rubbing its hands at the economic possibilities offered by the publication of a work of such characteristics, which will be a kind of historical legacy of the one who was able to guide this country in an exemplary manner to lead his people in just six years to the welfare state.

As he has announced, in this edition that will have to be set aside with a long time in advance in the bookstore, he will make sensational and surprising revelations that until now have surely been reserved for reasons of State. Among them, as he intuits, could be the story about the way in which Andrés reached an impunity pact with former president Enrique Peña Nieto, for example. Or what could it be?

The problem facing the President now is precisely to complete his task before reaching the end of the odyssey, which is already too close. He urges you. And in this last stretch he is also full of vicissitudes that precisely define that concept. Fortunately, everything is under control.

The matter of the airport that does not take off is about to be solved. With the arrival at Felipe Ángeles of Canadian Prime Minister Justin Trudeau, and probably also of US President Joe Bien (who are still foolishly using official aircraft that Obama does not have) to attend the North American summit next January, the The entire world will confirm that the Santa Lucia aerodrome is reliable and very modern, and the airlines will dispute the possibility of carrying out their operations there.

As if necessary, the increase in the DUA (Right of Airport Use) decreed by AMLO himself with obvious intention, for the old Benito Juárez airport, will cause travelers to massively choose to make their departures and arrivals to Mexico City through the brand new AIFA, for good, pretty and cheap.

The rest is a matter of time. One year. Andrés Manuel himself already announced that the refinery that does not refine will be refining the first barrels of oil by the end of 2023. As long as the Mayan Train will pass over not only the opposition of environmentalists, shelters, cenotes and archaeological remains but also all regulations to be circulating at full steam… also for the end of next year.

And we already know that everything he says is true, even if it is not true. His thing is honesty, frankness, spirituality, kindness; not-lying-not stealing-not betraying-the-people.

For the rest, the Tabasqueño assures, the Mexican economy will take flight mounted on a firm currency like never before and despite the negative omens of all the international consultancies and the Bank of Mexico itself. Now we will grow as determined by the President, who has his own data for that.

The repentance of those criminals who have opted for crime will finally come, moved by the policy of hugs and not bullets postulated by our Pastor. Thousands and thousands of young people will put aside the temptations that organized crime offers them (dollars, vehicles, pleasures, luxuries, weapons, power), armored with the support of the scholarships that they now receive from the Government even though they do not study or work and that they serve them… to buy their chuchulucos.

Regarding health, that is already fixed: before twelve months, Andrés Manuel reiterated a few days ago, Mexico will have a health system comparable to that of Denmark, “or better” (SIC), which will amaze the entire world. There will be first-world hospitals, specialized medical services and medicines for everyone, at the highest level and totally free, in all corners of the Mexican Republic. The lines, the waiting, the refusals, the moches, the deficiencies of conservatism will end. He said it, for the record, on December 27, a day before. It was not an innocent.

We will soon see, in short, the end of the odyssey, which is nothing other than the advent of what our dear President calls the Welfare State for all Mexican men and women (as they say now), what has been his only desire, his dream throughout a lifetime dedicated to doing good, to serving his wise people.

All this and more, before the end of 2023. And also, coincidentally, five months before the 2024 presidential elections are held.

HAPPY NEW YEAR. Reasons to spare – which have nothing to do with the lines above, mind you – we have to hope for a great 2023. May it be for everyone!
@fopinchetti 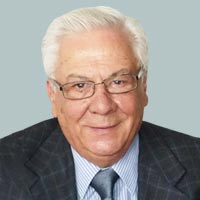 He was a reporter for Excelsior. He founded the weekly Proceso, where he was a reporter, special affairs editor, and co-director. He is director of the newspaper Libre en el Sur and the website www.libreenelsur.mx. He is the author of De pueblo en pueblo (Ocean, 2000) and co-author of The Fox Phenomenon (Planet, 2001).

the end of the odyssey

Don Omar in an interview with Don Francisco: "I lived by selling drugs"
Jesus arrived in the Sahara following in the footsteps of Foucauld and today he is the custodian of ...
Democracy or barbarism. The community democracy of the 48 Cantons
Tweet
Share
Share
Pin