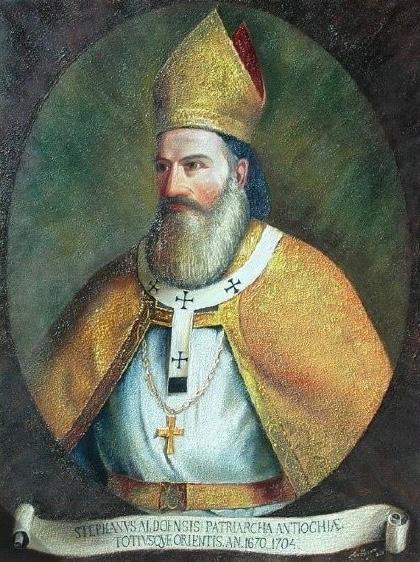 The true stories of Lebanese families are mentioned succinctly or in detail in old manuscripts. But being written in Syriac characters, they became indecipherable for the Lebanese of the XXᵉ century. With time and acculturation, theories have developed, devoid of any scientific basis.

In a previous article, we listed the different groups of anthroponyms relating to Mount Lebanon. A first set concerned the endings in El, referring to God in Phoenician, such as Mikhael, Gabriel, Charbel or Daniel. A second group is that of Syriac nouns of Greek origin which end in bone, like Andraos, Kiryllos, Marcos or Ignatios. And finally, names without particular suffixes, but whose Syriac identity is revealed by their meaning, such as Yammine (the righteous), Ferzlé (ironworker), Chalhoub (flame), Qordahi (metalworker) or Keyrouz (preacher).

With the Mamluk period which embodies the first genocide in Lebanon, Arab first names made their entry into society and then transformed into surnames during the separation of families into different branches. Patriarch Estephanos Douaihy recounts in this regard that Christians, traumatized by the assassinations perpetrated by the Mamluks, had begun to give Arabic first names to their children in the hope of removing them from danger.

As Amin Maalouf remarked in The rock of Tanios, this custom developed mainly in elite circles, while the peasantry remained faithful to the names of the twelve apostles, saints and prophets of the Old Testament. Qoriaqos, Kiryllos, Antonios, but also Daniel, Elychaa (Elysium) or Achaaya (Isaiah), became characteristic of the ordinary people, while the nobility increasingly turned to Arabic first names. This phenomenon increased in the 19th century when the Chehab princes, by converting to Christianity, chose to maintain the previous family repertoire. The Arab first name thus became synonymous with nobility.

The title of sheikh

With the end of Mamluk oppression and the beginning of the Ottoman period in 1516, Christians could redeploy to southern regions and rebuild their devastated villages. So the Ottomans did not seek direct rule, but employed local families who acted as intermediaries for the collection of taxes. These families immediately received the title of sheikh, including in cases where they were Christians.

Over time, the nobility thus created, sought to legitimize its titles, in this case that of sheikh, by trying to draw on the sources of Arabia. This is how several families including the Khazen, Gemayel, Hashem, Dahdah, Assaf, etc. invented origins sometimes going back to the tribe of the prophet of Islam. To get a concrete idea of ​​this curious phenomenon of falsification, we take as an example the case of the Hashem family of Aqoura.

The falsification of history

Some unfounded versions would like to trace it back to the tribe of the prophet, or to Hashem al-Ajamy to whom the Turkish emir Mansour Assaf had entrusted the governance of the country of Jbeil. But the Maronite patriarchs tell us something completely different in their chronicles. Patriarch Paul Massad mentions Deacon Thomas of Mount Lebanon as the ancestor of this family.

For fear of the Mamluks, the patriarch Estéphanos Douaihy tells us, the deacon Thomas had chosen Arabic first names for his sons. He had called them Ayoub and Fadoul. The patriarch immediately informs us that in 1534, these two brothers settled in the monastery of Mar Adna, episcopal seat of Ain-Qoura (Aqoura). Having well managed the affairs of the village, the delegate of the wali of Damascus granted them the title of sheikh. Ayoub then had three sons whom he named Hashem, Daher and Raad. Hashem took over as head of the family which eventually bore his name with the title of sheikh. The members of this family are therefore descendants of the deacon Thomas and had never borne this name before the 16th century.

Another example would be that of the Abillama who, according to Fouad Ephrem Boustany, were in no way introduced into Lebanon. It would be, he suspects, a local family of Jacobite Syriac confession who would have passed to the Druze religion then again to Syriac Christianity, but in its Maronite version this time, since in the meantime, the he Jacobite Church no longer existed in Lebanon.

The stories attested in the Syriac or Garshoune manuscripts are thus all alike. They constantly bring back the legendary epics of the supposedly glorious riders of the desert, to a much more rudimentary, modest and humble truth. The chronicles of the patriarchs, bishops or monks inevitably refer us to the simple reality of ordinary mountain dwellers who, for various reasons, found themselves endowed with titles of nobility.

With time and acculturation at the level of history and the Syriac language, theories have developed, devoid of any scientific basis. The true stories of these families are mentioned succinctly or in detail in old manuscripts. But, being written in Syriac or in Garshouné, they became indecipherable for the Lebanese of the XXᵉ century. It was also precisely at this time that the Arabist ideology was developing, brought into vogue by certain circles, including that of the American University of Beirut, notably with the historian Kamal Salibi. Ignorance of the language of the ancestors has made historical sources inaccessible, giving free rein to multiple theories, and producing a clean slate effect likely to accommodate all sorts of ideologies.

It was Joseph Stalin who understood the extent of the political possibilities that the phenomenon of acculturation could provide him. And since this process always begins with the suppression of the language, he undertook in 1936 a reform of the languages ​​spoken in the Soviet Union, imposing the Cyrillic alphabet on them. Then on March 13, 1938, he moved up a gear by decreeing the compulsory learning of the Russian language in all the federated states. These reforms were accompanied by the physical suppression of intellectuals.

Before getting to language, it was the imposition of the Cyrillic alphabet that Stalin considered the fatal and essential stage in the process of cultural erasure, and therefore of the ablation of identity consciousness. He realized that local languages ​​would never disappear from within homes. But of what use would mastery of the word be to them when they can no longer decipher its writing? This is how the subjugated populations, ignorant of their alphabet, would no longer have access to their history.

The garshoune in which our history is preserved is none other than Arabic or even Lebanese written in Syriac characters that schools no longer teach. This garshouné therefore drags history, writing and culture into its deep amnesiac abyss. What was thought and planned in the USSR happened unconsciously, but surely and inevitably in Lebanon.