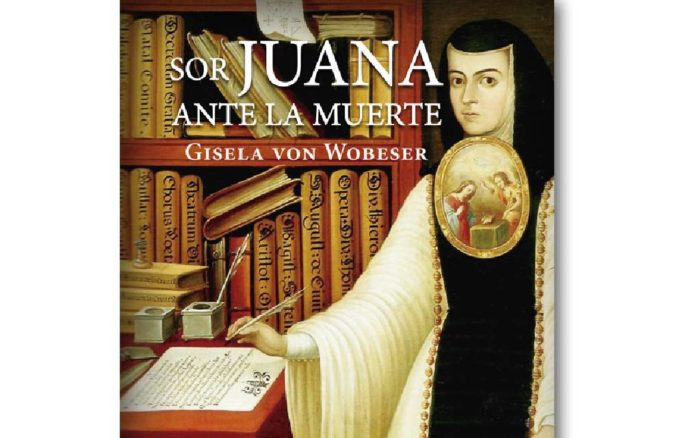 Within the framework of the commemorations for the three hundredth anniversary of the birth of Sor Juan Inés de la Cruz, the researcher Gisela von Wobeserpresented in the Manuel M. Ponce Hall of the Palacio de Bellas Artes, the book Sor Juana before deathanda work that portrays, from a historical perspective, the most human facet of the outstanding poet and intellectual from New Spain.

With the participation of the national coordinator of Literature of INBAL, Leticia Luna Aguilar; historian María Fernanda Mora Reyes; the curator Abraham Villavicencio García; and the author, the specialists delved into the focus offered by the research on the life of the writer.

The PhD in History from the National Autonomous University of Mexico (UNAM), María Fernanda Mora Reyes, mentioned the book proposes a analysis and the interpretation of the life of the woman and the nun who was Joan of Asbaje in New Spain.

“The author stated that she approached the subject with a fresh and unprejudiced look, and this is reflected throughout all the pages. The foregoing produces a text in which Sor Juana is appreciated with concerns, with desires, with tastes and afflictions, which is extensive for all the other characters that surrounded the life of the nun and that are seen on the pages of the book. ..

Abraham Villavicenciochief curator of the Franz Mayer Museum and professor at the Faculty of Arts and Design of the UNAM and the Anahuac University, indicated that the work of Von Wobeser is not a conventional book in which a heroic vision of Sor Juana Inés de the cross.

“The sor Juana that we are going to find in the book that Gisela has prepared with meticulous research, almost police behind the literary texts, she is a human Sor Juana; a Sor Juana that possibly contrasts with the myth that has become popular around the figure of a very important woman, who has risen to the top with deserved recognition for her work; but also, given this difficulty in finding other important writers who dealt with profane topics, they have earned her a very special reflector in the world of literature, ”she explained.

The former viceregal art curator said that, thanks to this book, readers will be able to appreciate the relationship and interaction that Sor Juana maintained with other nuns equally dedicated to literature —of a religious or biographical character, unlike the philosophical and poetic style of the tenth muse—; but, above all, that, like her, they showed interest and concern in the spiritual sense in the face of death.

Gisela von Wobeser commented that Sor Juana’s writing in the face of death has been most exciting, since thanks to her she discovered that the life of the poet and religious was always determined by her decisions.

In an interview, the author affirmed that Sor Juana, more than an intellectual figure, was a woman of her time and absolutely Vanguard. “Sometimes we think that a 17th century nun can have a very different life from a 21st century woman, but if we really delve into her thinking, her enjoyments, frustrations, expectations and fears, we can identify a lot with her. , because like women today, she lived her reality. She begins to write poetry to sell it, and what is little known is that she was the first woman to make a fortune from her profession; but at the end of her life she decides to give up everything and focus on spirituality to save her soul ”, she concluded.

‘Sor Juana before death’, a book that addresses the most intimate part of the poet