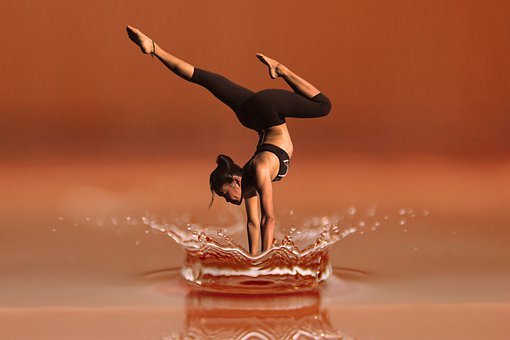 “Silence is perhaps the most powerful form of the word. Gabriel Rollon

“Silence is the conversation of people who love each other. What counts is not what is said, but what does not need to be said.

“Sometimes her laugh sounds when everything is silent, as if she reminds me that life never dies.” Elvira Tailor

“Of course I believe in dreams. Dreaming is essential, it may be the only real thing that exists.

“Life is in words”

Silence makes noise and becomes speech. How long can we be silent? For how long can we silence the inner voice that dialogues as thought and as language. For how long we can not say anything to others. For how long can we resist ignoring the noises of life, from the buzzing of a mosquito, the barking of a dog in the distance, the creak of floors and tiles where we walk in silence, or the noise of the wind that they sway the branches of the trees and the frightening noise of ambulance and patrol sirens, or the rattle of planes that imprudently break the silence.

In the silence the body is heard, the sounds inhabit us, the beating of the heart, the breathing and its cadence, the intestines moving and the gas noises that imprudently break the silence, the thunder of bones in the joints and even the blinking shake the air no matter how small and the silence breaks. Even in dreams there are sounds, there is music, there is laughter and crying. Dreams are not made in silence.

The life stories of musicians, sculptors, painters, writers, poets, philosophers made much of their creation from silence. Mystical characters – men and women – have developed a contemplative spirituality in silence. Introspection and doubt, reflection and inner dialogue seek to silence those noises and noises of the soul, which sometimes are true roars of knowledge, or they are stridencies of passion or they are the thunder and murmurs of desire and love. .

Keeping quiet is something else. Silence is also a personal secret and gives way to the creation of a private world of one’s own. It is intimacy with oneself and it is the way we have to create our identity and to have a certificate of authenticity, so to speak, and it is in silence that creates the space where decisions are born, where one distances oneself from pain and of suffering, but that in silence the good of the life that we are living is also assumed, it is in the silence in which joy and happiness can be felt, which is a language that can only be heard in interior silence, and that It is that silence that is self-love, that which is invested with dignity and will.

The market society and power in all its forms do not want us to be silent. To be silent is to think and realize, become aware. Being silent is prohibited. We are full of radio programs, television programs, programming on digital platforms, it is talking on the cell phone, it is being with visual noise on the screens, we have made plants and animals speak. All the time there is noise. In the street, cars, loudspeakers in shops, background music in restaurants, in self-service stores, in shopping malls, in the car. Being silent is individually prohibited, more and more people walk, transport, work and even have fun with headphones on their ears, hearing something, except their thoughts.

In the earthquake of 2017, Juan Villoro, writer and poet, wrote the poem “El puno en alto” as a social claim and a song to life, in the last verse, this emblem is seen in the symbolic sense of what it is to raise the fist , signal that served to ask and keep silent to rescue the survivors of the earthquake.

Today I invite you and I invite you not to stop listening to the screams, the moans of pain and grief of those who are hungry and thirsty, of those who do not have a roof over their heads and I invite you to listen to the murmurs and sobs for the injustices and the impunity that prevents peace and tranquility from the mistreatment of children and adolescents, from violence against women, against the elderly, from attacks on trans people and against the LGBTTTIQ community, from the abuses and injustices against migrants and peasants and the dispossession and exclusion of indigenous and Afro-Mexicans.

We will have to start learning to be silent, learn to be silent. We need to raise our fist to ask for silence and begin to listen to what our hearts say, what our desires yearn for, what our dreams and utopias aspire to.

“The one who raised a fist to ask for silence.

Those who paid attention to him.

Those who raised their fist.

Those who raised their fists to hear if someone was alive.

Those who raised their fist to listen if someone

lived and they heard a murmur.

Those who do not stop listening.