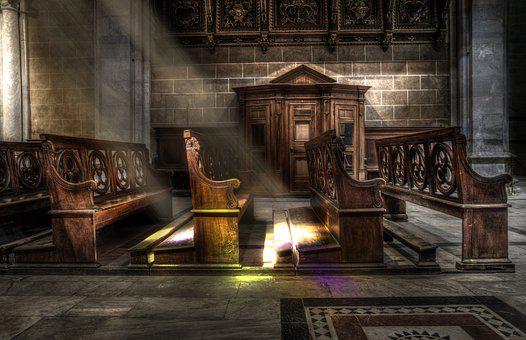 A smell of grass soaked by the semen of the night intoxicates the senses on the porch of this town house where, reading the press, I have just learned that the Hindu writer threatened with death by an Iranian spiritual leader has been stabbed Salman Rushdie.

Spirituality, in addition to the recognition of the human being that there is something that surpasses him, and that there is not only what can be measured, is the faith in that sublime and total and totalizing love that makes the differences between all human beings rest. at zero.

In fact, this is how the sage and saint of Islam explains it, for example Ibn Arabi saying as early as 1215 in his treatise on unity: “There was a time, when I rejected my neighbor if his faith was not mine. Now my heart is capable of taking all forms: it is pasture for gazelles and a convent for Christian monks, a temple for idols, a Kaaba for pilgrims, tables of Jewish law and the book of the Koran. I live in the religion of love: wherever their mounts go, there are my religion and my faith. My heart is the camel caravan of love.”

Luis Racioneroin a beautiful novel about Ramon Lull (perhaps the literary and spiritual figure that has most tried to lovingly bring Christianity and Islam closer) entitled The troubadour alchemistgoes further, or says the same thing in another way, by putting in Llull’s mouth that “love understands and comprehends everything”.

And a mystical musician of our time, leonard cohenadds something to that thought in his verse “religious love, like the democratic ideal, makes us know that our differences rest at zero”…

What does he know about the love of God who stabbed Salman Rushdie?

who have read the satanic verses We have noticed that the prose of this outstanding writer is demanding, sophisticated and precious, and that his narrative intent is to challenge dogmatism and fanaticism through learned satire. And those of us who have also read his novel children of midnight we know that it is a masterpiece of postcolonial narrative that analyzes like nobody else with the instruments of fiction the dividing line between East and West, and between rationalism and tradition, through a brilliant plot that, in India, confronts in a character shamanism and medicine as an allegorical metaphor of how India is seen from the West.

He is an essential author, uncomfortable because of his lucidity, bold because of his proposal, and whose work lights up the world. Yes, he is one more martyr of great literature; that literature that lets us know that there are wonderful people in this world who do the unspeakable for our intelligence and our sensitivity, and what is possible so that we do not get infected with the cancer of radicalism and the cancer of fanaticism.

Indeed, he is one of those writers to whom lovers of intelligence, dignity and beauty owe a great tribute of gratitude and devotion…

On one occasion years ago at a Pen Club venue I had the opportunity to attend a truly extraordinary lecture given by Salman Rushdie. I raised my hand when he finished to ask a question in Question Time. This one: Do you hate Khomeini? And, as the wise men do who seem to be responding to this but in reality they are responding to this other, she said: “in the year 19020 the richest woman of her time, Peggy Guggenheimfell in love, in Paris, with a bohemian poet, Samuel Beckett. She chased him through the bookstores he frequented, through the streets, through cafes, so much so that, on one occasion, he approached her and asked her: what do you want? She replied that she was in love with him, but the poet replied that he did not believe in her love, but that she gave him one night. He took her to the attic Montparnasse of twenty square meters in which he lived, and they made love. We know this anecdote because Peggy Guggenheim wrote a poem about it called The Palace. Yes, to the richest woman of her time, Samuel Beckett’s twenty-square-meter attic seemed like a palace… Well, look, life is too short to hate: you have to build palaces! ”…

If there were no fanatics or radical extremists, the world would be more vivid.

We love life and literature because we turn our backs on fanaticism and radicalism.

The Protestant Reformation: impact and values
The mysterious dolphins of Puerto Leguízamo, Putumayo – MiPutumayo NEWS
He became a Protestant, he was a soldier on a nuclear submarine, his wife committed suicide... and n...
Tweet
Share
Share
Pin