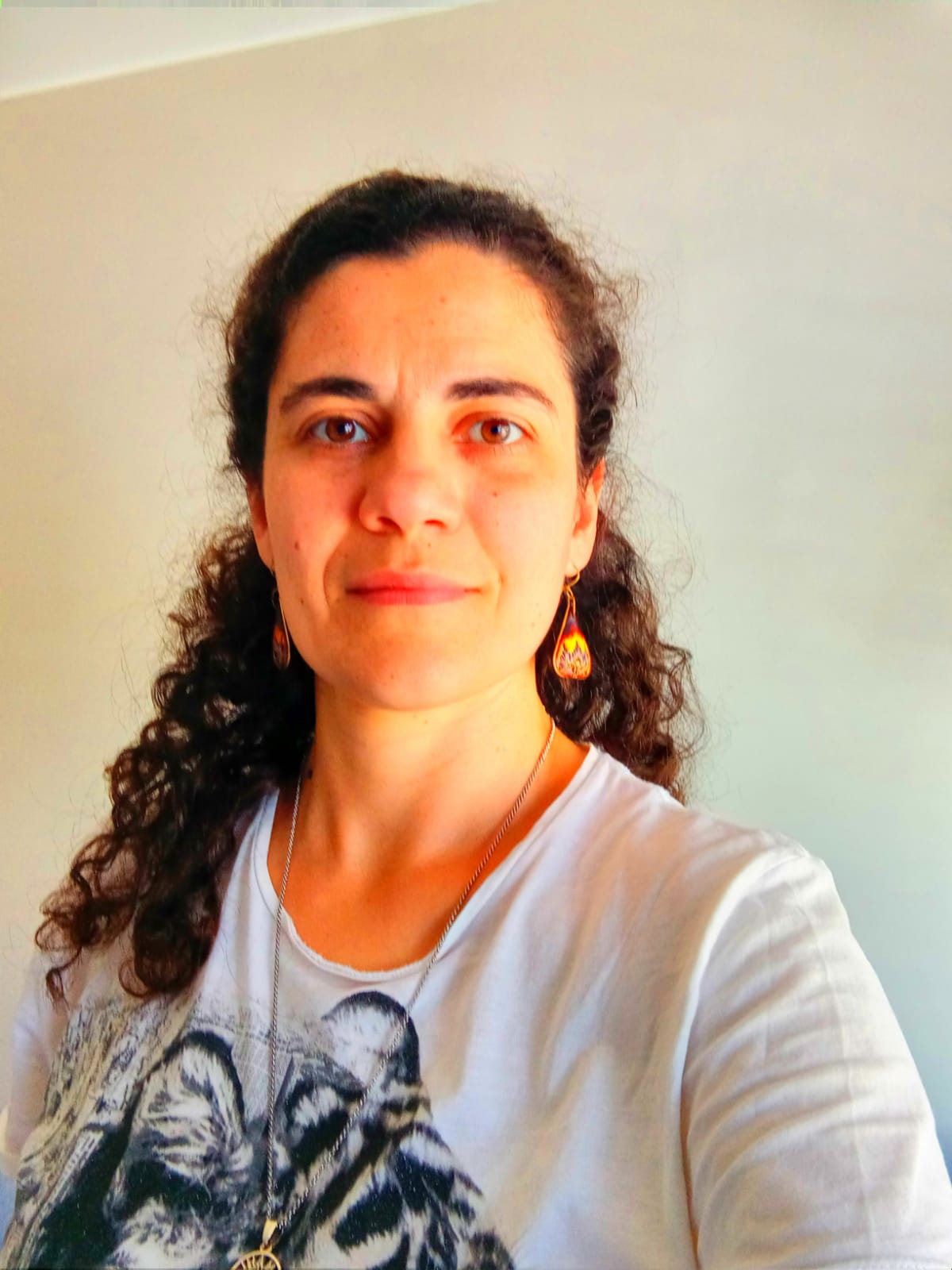 Native American spiritual ceremonies reappear as an opportunity for self-discovery.

When Silvina Milans was 23 years old, she was working in her family business. “We worked all day, it was work, work and work, and I felt that life could not be just that,” she recalled in dialogue with El País. Motivated by the idea that there had to be “something more”, she began a path of
self knowledge
that led her to find the meaning of her life.

In the process of getting to know herself, Silvina came across her spiritual name: ‘Mujer amauta en la verdad’. As she explained, ‘amauta’ is a Quechua word that means ‘teacher’ and was used to designate those people who taught the sons and daughters of the shamans. “It makes sense with my life purpose, which is to share my truth, what is good for me, with others,” she said.

Part of its truth is in the Path of the Children of the Eartha group of women and men who rely on the spiritual traditions Native Americans to navigate life’s challenges. “There are tobacco prayers, temazcales and ayahuasca ceremonies, among other practices, and I share what is good for me,” Silvina mentioned.

In fact, her spirit name, ‘Woman amauta in truth’, came to her in a ceremony on the Path. “The medicine man or woman asks the spirit a name for you and it arrives, sometimes as words or images, and serves to support you in your process of walking on Earth”, he explained.

It all started one day when Silvina attended a presentation of a book on Alejandro Corchs, one of the medicine men of the Camino. He commented that there would be a spirituality workshop in Rocha, something that interested Silvina. Once there, she knew that she was in the right place: “Did you see when you arrive at a place that you feel that it is your home? She was certain that this was what she was looking for.

Another woman who is part of the community is Sandra Rodríguez. She arrived on the Camino in the midst of a combination of physical and emotional challenges: “My mother had left after suffering from pancreatic cancer and then I had to move and that meant that my children could no longer stay with me, which, although they were already great, it was a duel for me ”. She felt “empty, aimless and with a lot of anguish” and she also had “impressive” gastritis and irritable bowel.

So, he felt it was necessary to “make a move and get help.” He had read about the Path of the Children of the Earth in the books of Alejandro Corchs, so one day he entered his web page and found that they were doing a three-day retreat in Rocha. There it was.

“That retirement was a before and after in my life,” he said. That feeling of ‘we are all the same’, of community and horizontality, was what inspired her to “open her heart”.

Like Silvina, she also received a spirit name: ‘Song of love and joy’. “I’ve always liked to sing and I’m often humming a song inside myself, so it’s something that connects me a lot with my heart and soul,” she said.

One of the practices of the Camino is the medicine ceremony, where a medicine man or woman serve Ayahuasca or San Pedro, ancestral drinks of plant origin whose effects allow people to get closer to the depths of their being. there is also the temazcalwhich works like a steam bath, but with the purpose of purification and rebirth on all levels.

Another of the ceremonies is the so-called dance of peace: “It is danced for four days around the tree of life,” said Silvina. In turn, there is vision quest, retreats where food, water and word are fasted. According to him, he told El País: “It’s about disconnecting from everything and finding yourself, finding your vision.”

In addition to the above, there tobacco prayers. “We turn to the Great Spirit, to God, to the Universe, it depends on what each one believes, and we share what we feel and are grateful for,” Silvina said. Tobacco is used because it is a sacred plant for Native American traditions and represents communication: “The tribes met in a circle and through tobacco they shared what was being lived or important things were resolved.” According to tradition, the tobacco is not smoked, but is whistled so that with the smoke “prayers are raised.”

Within each ceremony, there is usually a moment dedicated to water: “We are water, life occurs in water and to live we need water.” However, Silvina realized that there was no practice that was solely dedicated to that element, so she began to pray water prayers.

“The idea is to raise the vibration of those of us who are there praying to the water and then drinking it, but also raising the vibration of the water that we have inside,” he explained. And he added: “Many people reject the taste of tobacco or link it to someone in their family who died of lung cancer, so they cannot connect with that element, but they can with water.”

For Sandra, each ceremony is an opportunity to heal. “With each prayer and each temazcal understanding comes, and in the prayer and song of the other I find little parts of myself that I want to transform,” she told El País.

Likewise, he said that although on the Camino “there are designs that are respected because they are ancestral and have their reason for being”, there is also a lot of freedom. “There are no fixed structures to comply with and that is something that makes me want to continue on the path,” he said.

In fact, he stressed that “religion, race, age or anything like that does not matter; we can all belong to the Path of the Children of the Earth”. In this sense, Silvina affirmed: “In some prayers people have come whose path is yoga or Buddhism. There are a lot of paths and they all coexist”.

Silvina takes the Camino with her wherever she goes. For example, she works taking care of two children in a family home and she always invites the youngest to put an intention in the water when she is going to drink it or encourages him to connect with nature through the trees or the clouds.

Above all things, the Camino has taught her to connect with love.
In this sense, he mentioned: “In tobacco prayers we always say that there are no beautiful or ugly prayers, but that each one expresses what they feel and that is fine. I listen and learn from you because you see a lot of things that I don’t, and from my place I see a lot of things that you don’t, so in that sharing we can broaden our vision”.

Sandra experiences it in a similar way: “The Camino is becoming a way of living in brotherhood and letting go of prejudices towards others and looking at them with the same love with which I have managed to look at myself”. That’s what it’s all about: “Letting go of a lot of beliefs and connecting with the essence.”

And he added: “I found the way I want to walk on this earth, with love and respect for all beings.”

Between prayers, retreats and other therapies.

In addition to working taking care of two children in a family home, Silvina is dedicated to family constellation therapies and tobacco and water prayers. In those moments, it is not about work, but about “being”. She also performs full moon prayers where she joins the tobacco prayer with the water prayer, “to put the two medicines at the service with the full moon, which moves the emotions.” Her Instagram is
@mujer.amauta
.

For her part, Sandra worked in the pharmaceutical industry, but as a result of the movement that the Camino generated in her life, she decided to let it go. She now dedicates herself to reiki, does akashic record readings and is also a floral therapist with Bach flowers. In addition, she is finishing training in Gestalt therapy with adults and performs tobacco prayers at her home.

Within the Camino, he found his place in the group of ‘moon retreats’. “It is a group of women that emerged from the Camino and we walk the same path, but in a very feminine format,” she commented. It is also open to all women who feel it, even if they are not part of the Path. Sandra’s contact number is 099 837 119.

Upcoming ceremonies organized by the Path of the Children of Earth can be found at
www.caminodelhijosdelatierra.org
. Some of them are: a Full Moon prayer on December 8, tobacco prayers, a medicine ceremony and a temazcal on the 9th of the same month, as well as more temazcals on the 10th and 11th.