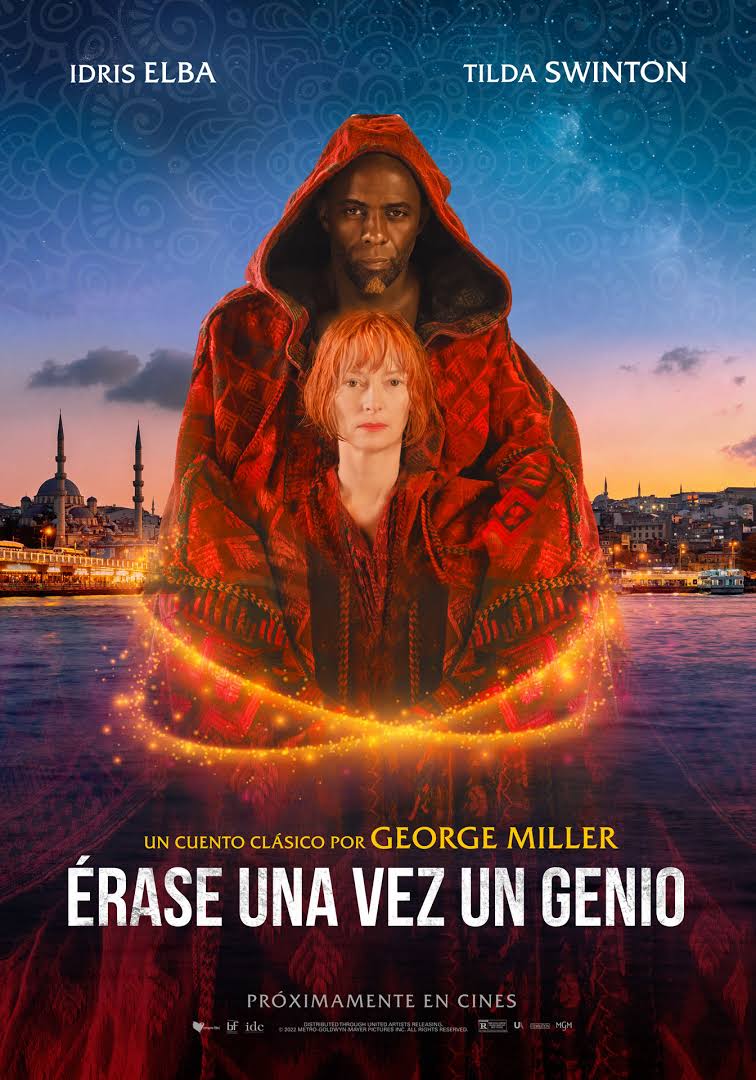 George Miller is a director and screenwriter of great films like the cult saga Mad Max that drove the eighties crazy with its dystopian future, The Eastwick Witches (1987), a brave little pig (1998), happy feet (2006). happy feet 2 (2011) Y Mad Max: Fury Road (2015). and then it came Three Thousand Years of Longing (Once Upon a Genius)his new and perhaps best film that premiered this week.

What is it about? Alithea (tilda swinton) is a narrator who on her way to a conference to Turkey begins to have visions of strange characters among the people. In the middle of her introduction, one of these beings appears to her in the audience and she faints from it. They urgently take her to rest, and to undo tensions, she goes shopping at local markets; she there she finds a jar that seems to be an interesting antique and she buys it. Upon cleaning it, she uncovers it and releases a genie (Idris Elbe) who offers him three wishes in exchange for his freedom.

What I wrote in the first paragraph is true: George Miller it is a giant of the industry and has surprised us with many films and of different genres; he can direct science fiction, sentimental dramas, fantasy fables, and now millennial romances as well. I can’t tell you exactly what genre this movie belongs to, but I liked it.. In the first hour the viewer may not fully understand these stories that the genius tells Alithea, much less the intentions to reveal these ancient secrets; It seems that the film is not going anywhere, we just follow the path that the director himself is marking out for us and it is as if we were looking at a historical anecdote with excellent settings and formidable sets loaded with a rococo aesthetic in a personal loop of Miller. However, I can say that when I analyze it and think about it more, Three Thousand Years of Longing (Once Upon a Genius) It is by far the most risky job of George Miller and what I think is his most endearing project.

Miller he lost his co-writer along the way of this script, and through this hurried but honest process, he has filled his story with metaphysical symbolism. For example, the name of the main character of him, Alithea, is that of the Greek goddess of truth. Also, from the name to various scenes within the film, the number three is a constant, which has a meaning of perfection and spirituality: the Trinity. In this way, George Miller he is giving us, as far as I can interpret, his most introspective and personal project to date.

Three Thousand Years of Longing (Once Upon a Genius) It is a film that for many moments introduces us to surreal worlds that evoke the most beautiful times when the sultans ruled the world. Miller he directs with phenomenal ease without losing the thread of what he is telling, no matter how crazy and implausible this may seem at first. It is a formidable story that takes you through a timeline until you understand the present of its main characters. It is overwhelming, and although it demands a lot from its viewer, it makes them feel like they lived thousands of years in two hours, leaving a feeling of having seen something exhausting. However, the message of love that she permeates is undeniable.

Three Thousand Years of Longing (Once Upon a Genius) andIt’s epic, romantic and at times it’s so Terry Gilliam in its aesthetics and onirism, but that is also why it is rarely beautiful.