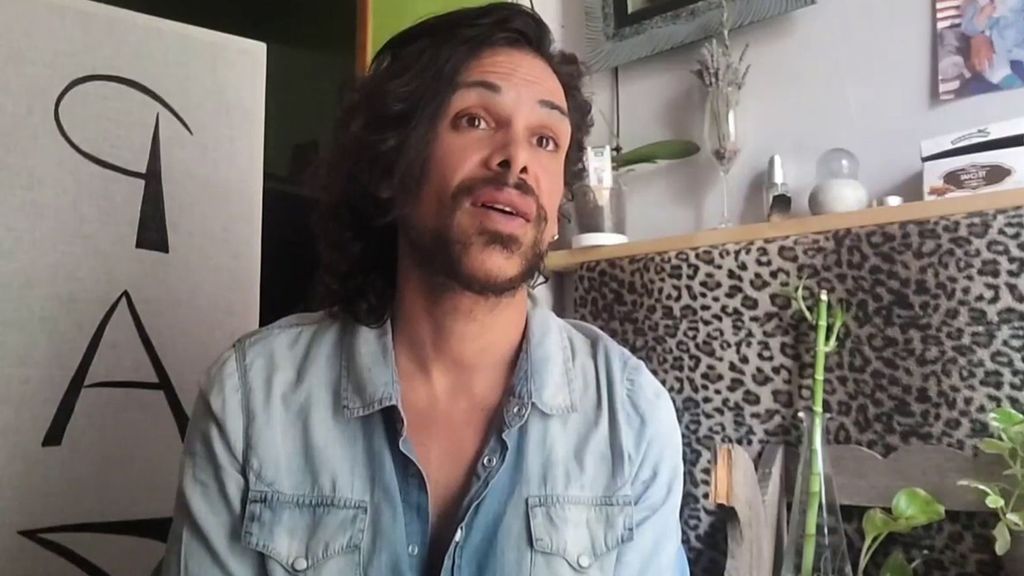 The phenomenon of tamarismo, which emerged around the appearance of the singer Yurena when she called herself Tamara, gave us a lot of colorful characters. One of them was richy pretty, who served as president of his fan club. that child, who later declared himself transsexual and called himself Nova, is Ricardo again. But beyond his detransition, the man from Madrid has started a much deeper journey: has discovered God and proclaims the values ​​of chastity. This is his new life…

“Nova was heading in the wrong direction, Ricardo had to take back the rudder of his life,” says Bastante in a surprising video that he posted on his YouTube channel. According to him he says, his return to the masculine gender “It is a deep, indescribable healing: I have abandoned the practices of sin, I live without makeup and avoiding fantasy”. The current aesthetic of the former star of the sluttiest hours of the Deluxe corresponds with his words: with a beard and without a chest, nothing remains of the interpreter of the hit “Toda una mujer”.

“I no longer sin, I live a strictly moral life,” says the renewed Ricardo in this impressive interview. “Thanks to salvation I am living the reality: all sexual practice other than procreation is condemned”, he adds in this priceless audiovisual document that will surely cause a lot of controversy.

The man who was born a boy and later became a woman He has also renamed his Youtube channel, more in keeping with their new reality. The video space is now called the space is called “New SPIRITUALITY”, although he still retains material from his past era: confrontations with La Veneno, interviews on television programs and even talking about his autobiography “Nova: De Niño a Mujer”.

From Richi to Nova, then Izan and finally Ricardo: his current life

Ricardo’s identity journey has been completely convulsive. We met him as a child ahead of the times who put on makeup and showed mannerisms without any shame. Years later she announced that she was a transgender woman and changed her name and appearance, she became Nova. In her new condition, she gave really pedagogical talks on transsexuality and gender.

However, that was a round trip.. In April 2021 he announced through his social networks, now closed, that a period of detransition was beginning and the name was changed again to Izan. “Nova was wonderful, she brought a lot of things, she did a lot, she gave everything she could. She was always inside me. Maybe she can professionally get it out sometime,” she said then.

Now he is back to square one and the star refers to himself by his baptismal name, Ricardo. In addition to Christianity and its moral values, Yurena’s former friend also finds peace in new age philosophy: proclaims the values ​​of animals and nature.

Nova Bastante is Ricardo again: his new life based on faith and chastity