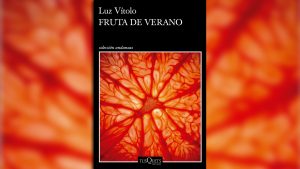 “Why is our body subjected to so much damage?” is the question that guides the Argentine writer Luz Vítolo in summer fruithis second book of stories that presents children, adolescents and young people who hurt, torture, feel guilty, obsess over time or try to understand how strange it is to have a body.

Vítolo (1987) has a degree in Literature from the University of Buenos Aires, a teacher and screenwriter. She was recently asked if a writer is born or made and she replied that she “is assumed.” “It’s a way of living life, of looking and noticing that you have something inside that you can’t tell anyone and you can’t torture people with it, so you put it on paper. You write it, ”she reflected in dialogue with the news agency telam.

His first book of short stories the logic of harm (published in 2020 by Odelia Editora and finalist for the 2017 Fictions Award from the City of Buenos Aires) was conceived within the Cuaderno Azul, a school of literary workshops founded by the writer Juan Sklar. summer fruit, published in 2022 by Tusquets, is part, according to Vítolo, of “the same wave”. “Although the issues are touched on, I feel that, that is not the case, there is something more about the interpersonal effects of damage and pain in summer fruit“, he said about how his two works dialogue.

A summer fruit, second place in the Fundación El Libro Literary Prize (2019/2020), Vítolo published it in its entirety during the pandemic. “Being locked up I hit a new bottom and the stories had to get closer to that new experience,” said the author.

The new book is presented to readers as a trap because the summer atmosphere that Vítolo builds does not abide by common sense. The stories do not refer to romantic love, placidity or an innocent childhood. There are children who torture, are cruel, and young people who sexually abuse. “I’m interested in exploring human evil,” the writer confessed. For her, the search in summer fruit it has to do with “all the things that a body can feel” and with “expressing what is uncomfortable”.

The writer recounted in another interview that summer fruit It is based on personal experience. In this sense, he analyzed how the truth enters into tension when writing stories: “It happens when you are writing and you are analyzed, and you go to therapy, that there is a transformation of an experience. Although your initial impulse has nothing to do with putting that on paper. I finished the book and said, “I’m naked, I told everything.” Nobody can imagine it out there, because I’m not using a character named after me but, at one point, I felt very exposed. I don’t know why I expected anything different when part of writing is ripping things off and putting them on the pages. I write it to leave me alone. I spent fifteen years trying to write summer fruit, I did not finish closing. At some point it was thinking “it is a fiction close to my experience and things that were happening””. 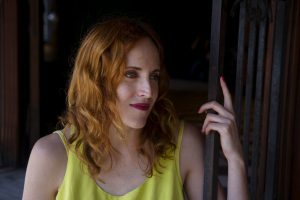 Vítolo also raised whether or not there is a need to be faithful to the facts: “I don’t know if I ended up being so. It is fiction that allows me to write what happened and work on it. In that betrayal of a certain order, certain facts, certain things that happened to the characters, I was able to be true to myself, honest to those feelings. I found in fiction a refuge on something that I think about, which seems to me to be in dialogue with shiny skin, of not knowing if there is any woman who reaches adulthood without being violated. We come, especially here in Argentina, from a whole process of feminism and struggle to make this violence visible, but sexual violence is written very little”.

In the story “Claudina” the menstruation of one of the preadolescents who attends the Catholic school appears. The writer analyzed whether she sought to put it in tension with religion: “I wanted to capture the strange experience of Catholic schools, of growing up in that environment and of religion when you are a child, of spirituality and, above all, of coming from a slope of practicing families where everything is distorted. Menstruation had to do with playing with the immaculate and what religion does to wash a certain condition of the body, to purify unnecessarily. What is dirty about the body? What’s dirty about sex? In addition, she was hooked on that pre-adolescent voice, to which confusing information reached her in times when there was no Internet, while she tried to shape the world and tried to understand stories that did not close. There is also an idea of ​​menstruation as a secret and as a milestone, a passage in the lives of women”.

Most of the endings of these stories are not abrupt, but seem to suspend the story. Regarding this variable, Vítolo expressed: “The original version of «Claudina» ended as Carrie. And I tried what would happen if she finished with only the girl’s voice. In this book I found myself doing quite a few experiments for myself. What if it wasn’t an epic ending, what’s a pineapple in the face? What if I cut it earlier like a dry narrator? What happens if this story, for example the last one, “Sun that is a star”, is a dystopia? 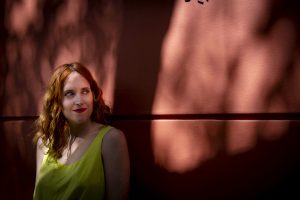 Regarding her singular reading of those stories, the writer spoke about whether it is a book that closes in on itself: “I hope it opens but I like it when it has internal coherence. Short story collections don’t have to have it, but I like it when they do and I look for them to have that. In the logic of harm I thought of it as if they were pulses. I grab you, I loosen you, I grab you, I loosen you. Later, the reader reads it as he wants and it is excellent. At that point, I think about the reader.”

And regarding how he imagines that reader, he stated: “I can’t imagine what he is like, I imagine what I want to do to him, how to enchant him. I put him in a trap. If it seems to you that it is a story that goes on the side of excitement, no. It is an abuse. The kids are having fun, but no. In summer fruit, the rhythm is a tinnitus, a persistent noise in hate. It’s not as raucous on a plot level, it seemed to me, but it wins by vibrance. That’s what I wanted to do. That’s why it didn’t come out. I think that the first story has to be hooker and the end has to leave you something”.

In the story “The Argentine Ant”, where one of the protagonists has lice, the insects acquire a strong symbolic value. “I heard a piece of information that Argentine ants are the most invasive, that started to roll and it is a bit about how I articulate the images – he evaluated -. I often see images that agglutinate. On the one hand, the ants and on the other hand, the perverse children, or the abuse. They are doing a conjugation. Also, the experience of lice as children seems very formative to me. And the idea of ​​a parasite that children have as a certain inherent condition. It’s something I think about a lot. When the pain becomes so unbearable, where can I transfer it, maybe it is to another person, I do something wicked, very miserable. Just to get that off my back, let’s see if that act alleviates. That way afterwards it does not relieve you ”. 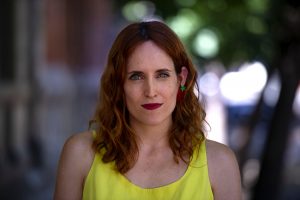 Luz Vitolo, about “Summer Fruit”, her new book: “I am interested in exploring human evil”