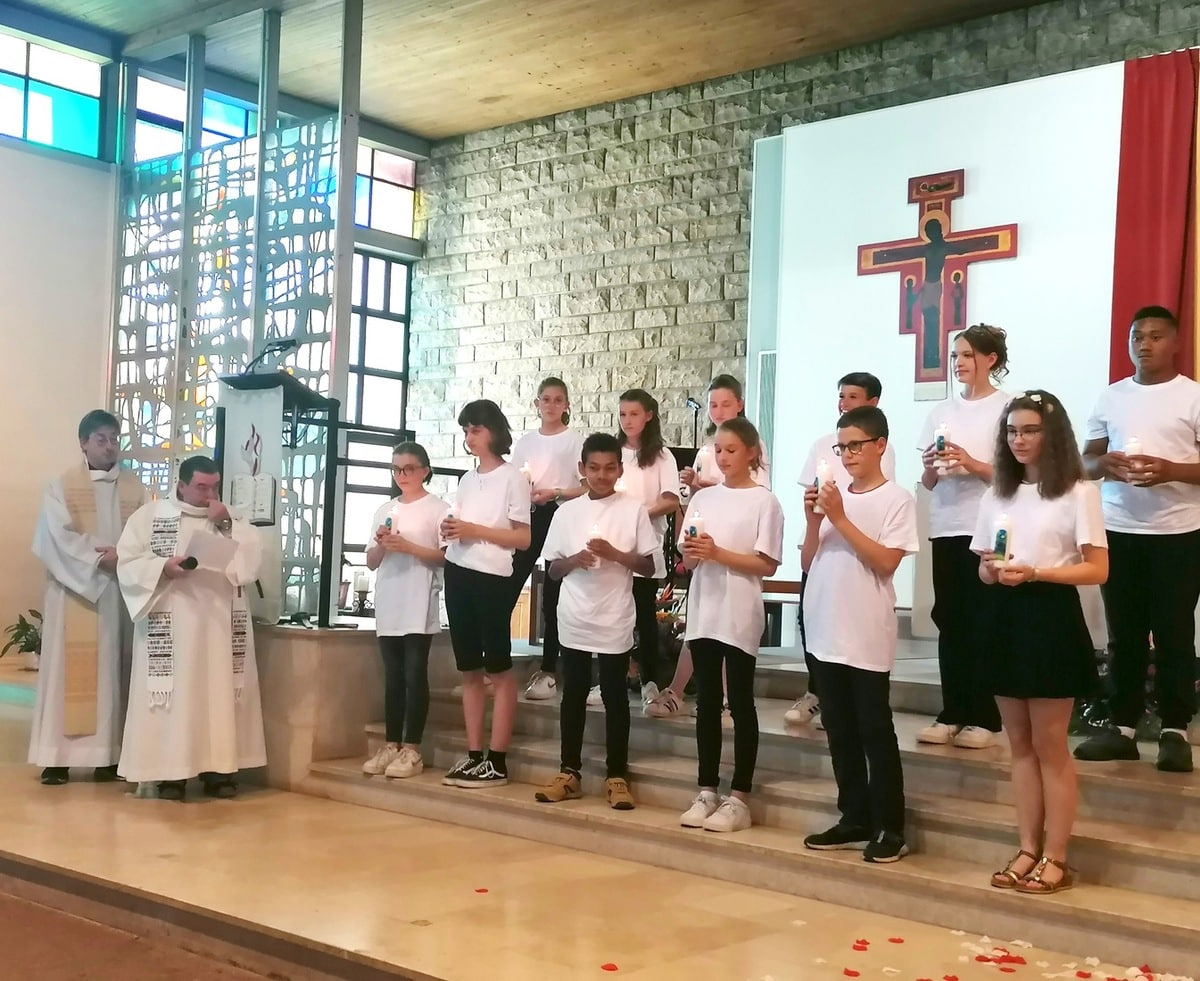 We regularly hear about awakening to the faith for toddlers, catechism for 8-11 year olds, in order to prepare for communion, but less about chaplaincy. Certainly, it lives and exists at the urban level. The same was not true in some rural areas.

Young people who wanted to continue on this journey of faith after communion had no choice but to go to Chaumont and this could be discouraging for many reasons.

For several years, chaplaincy meetings have been organized for the parishes of Saint-Bénigne, Saint-Hilaire and Saint-Martin (respectively, former cantons of Saint-Blin, Vignory and Andelot). At the beginning, the chaplaincy was helped by the coordinator of the central zone to set up the meetings. Today, this “rural” chaplaincy has gained autonomy by organizing the sessions on its own. It welcomes young people educated in colleges and high schools. It participates in parish life with, for example, masses led by these young people. The chaplaincy prepares for the profession of faith and confirmation which is a sacrament. Each year, so that the young people discover that being a Christian does not mean living in a small group but opening up to others, sharing, welcoming, etc., meetings are organized with the whole of the central zone.

At present, each monthly meeting in Bologna, on Fridays, has about twenty young people. Nine of them are preparing for confirmation. “If some people think that being a Christian is no longer relevant, these teenagers and the community of Christians are proof that the Church is on the move and that we must continue to help these young people discover their wealth of heart and mind by being disciples. Some went to Lourdes this year. As altar servers, young people from the chaplaincy went to Rome where one of our youngest, Lison, had the grace of shaking hands with our pope (jhm daily from 1er September)”, said Sophie Multier, animator of the said chaplaincy, and Father Benoît Sepulchre, parish priest of the three parishes. The latter, with absolute faith and dynamism, speaks generally every fortnight to the parish teams. These mailings include, among other things, the calendar of masses, dates of thematic meetings, simple and stimulating messages from Monsignor Joseph de Metz-Noblat, Bishop of Langres. “People who would like to receive these messages can contact me by email benoit-sepulchre@orange.fr”, concluded Father Benoît.

Religion. The Catholic chaplaincy is aimed at young people after communion, that is to say generally to middle and high school students. Already present in urban areas, it is developing in the parishes of the former cantons of Andelot, Vignory and Saint-Blin.

jm | The Catholic chaplaincy establishes itself in rural areas

Agenda of the Folkloric Ballet of the Knowledge Park by Master Luis Marinoni
Alex Jones, or how to derive revenue from conspiracy
For Jeff Bridges, going back to work after nearly dying "was a dream"
Tweet
Share
Share
Pin