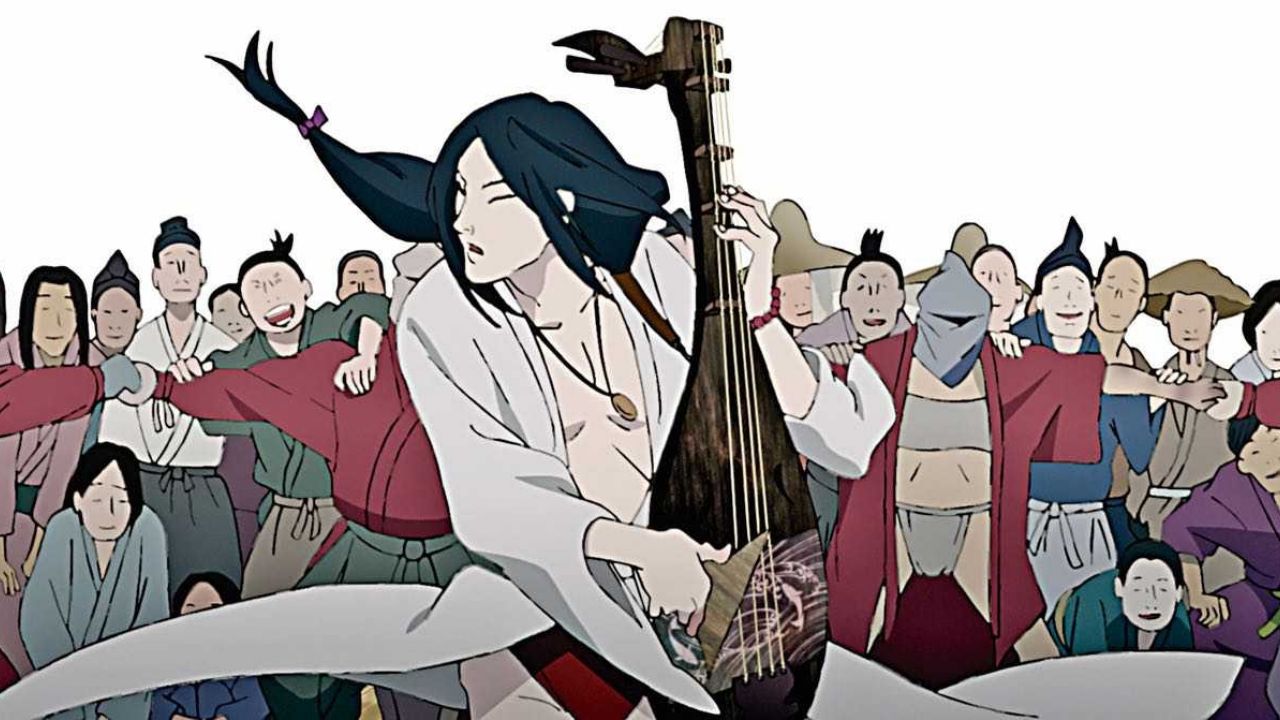 MEXICO CITY (proceso.com.mx).–Adapted from the novel The Heike Stories by Hideo Furukawa, Inu-oh (Japan, 2021), directed by the protean Masaaki Yuasa, combines a series of historical and social conflicts from feudal Japan with high culture musical and theatrical traditions, such as Noh theatre; The pandemonium that this important manga and animation master unleashes is further complicated by a series of anachronistic elements such as the use of heavy metal that interacts with shoguns (imperial commander), clans, the royal family, magic, and ghosts. And beyond the visual virtuosity, the political criticism of the institutions of power makes itself felt with the strength of the great humanist that is Yuasa.

It begins as a revenge drama: manipulated by a powerful samurai (warrior), the young Tomona uncovers an underwater treasure that blinds him and kills his father, whose spirit commands him to avenge his death; Tomona, not as obedient as Hamlet, disobeys his father, escapes, and on the way meets Inu-oh, the dog king, a strange young man who hides the deformity of his face under a mask and reveals himself to be a great artist of dance to the music of the Noh theater. A series of adventures and extravagant performances of these arts in concert form follow; Tomona, who happens to sing like a rocker, changes his name to Tomoari, so the ghost of his father can’t find him.

Much like the story of Genji, the classic Japanese river novel, Inu-oh abounds with characters and episodes; With extreme sensitivity and overflowing visual imagination, Yuasa makes the universe of Furukawa his own, an author with a rich narrative that seems inspired by García Márquez, combined with the poetic logic of Borges and whose novels have barely been translated into European languages; the art of manga makes it possible for the magic of the story to take hold, not only of Furukawa, but of the myths and legends to which the stories refer, that saga that the old master of the biwa –a Japanese instrument similar to the lute– begins to narrate at the beginning of the tape, in the manner of a Homeric rhapsody; the package is huge, surely not entirely to the taste of lovers of classic manga, which is less uproarious.

Aspects of the story such as the sword, which appears in the treasure of the shipwreck, and which represents the imperial force together with the mirror and the stone (or jewel), seem far-fetched fantasies, or legends such as the search for the Grail; they correspond, in reality, to sacred objects present in the consciousness of Japanese spirituality, of living Shintoism, of imperial sacrality. The freedom with which Inu-oh plays would cause scandal in other contexts, but Yuasa’s film makes evident the density and status of Japanese animation, an art that should not be taken lightly.

The dramatic resource of the Inu-oh mask, for example, works in different registers: as a sign of the patriarch’s abuse and submission to his children, as a hiding place because social shame can be overwhelming, or as an archetype of power that leads forces and divinities – maleficent if there is misuse, or beneficial if they know how to respect them. Yuasa’s message, as director and artist, is to show music and dance as Dionysian forces that renew and transform reality.

Review published on January 8 in issue 2410 of the magazine Processwhose digital edition can be purchased at this link.

“Inu-oh”, the adaptation of Hideo’s Tales of Heike