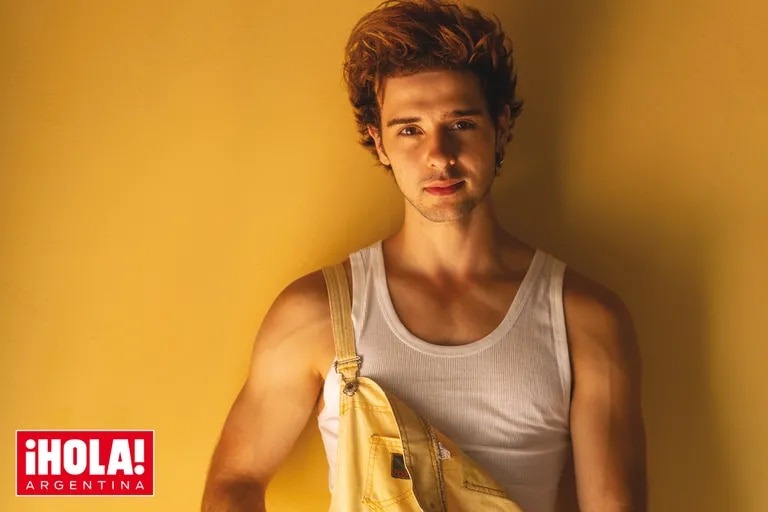 Julian Cerati He was born into a family where art is breathed. But, unlike his uncle and godfather, Gustavo Cerati, and his cousin Benito, this 24-year-old – with features similar to the star musician – leaned towards acting. “When I act I feel tremendous fulfillment. And the more complex the role, the more passionate I am ”, he tells HELLO! Argentina the son of Estela Cerati and Luis Cañeque, who as a boy was already restless and extroverted. In addition to participating in commercials, he went to school where, due to his humor and his passion for imitation and improvisation, he was recommended to study theater. “I started with a friend with whom we made very funny characters. And then it became a profession for me.”

How would you define yourself as an actor?

–I want chameleon challenges, to be able to transform myself in every way, from the inside out. When I can, I rewrite things about the characters that they give me, I try to take it further and not stay in the mold. In fact, when I came back from making Pálpito in Colombia, a week later we started shooting the Los Twist movie (where he plays Pipo Cipolatti) and I took a complete risk. The director (Maxi Gutiérrez) told me that he could do my own interpretation of Pipo, but I wanted to know the essence of him. One day I went with my mom to an American fair dressed as Pipo and she spoke like him, she imitated him all the time. I take my job very responsibly. The last year I was in Colombia (he made several productions that will be released this year), I did not speak on the phone with my mother or with my friends so as not to hear the Argentine accent.

What does art represent in your life?

–It represents a way of knowing myself and inhabiting this plane. I also have it very close to the spiritual. I act to get to know myself more and more through other characters. For me, it’s impossible to be a good actor if you don’t know yourself.

–What did you discover about yourself?

–I think that acting I even mourned the death of my father (he died in 2016). And so with various things. I need my creative part to get everything out.

-Did you start your spiritual path after the death of your father?

-My dad opened a path for me, but spirituality mainly comes from my old lady, she has always been a wise hippie. Two years after my father’s death, I settled in Colombia for work and it was a place where I could abstract myself from everything that had happened. I did meditations, ayahuasca ceremonies and various healings.

It is a house steeped in family history. My grandfather, Juan José Cerati, bought the land and it was designed by my father, who was an architect. We spend almost every Christmas here and we have many anecdotes and family jokes. To my grandmother (Lilian Clark), for example, we always tell her that she broke a glass from her favorite game (N. de la R: like the one Julián is holding in one of the photos) and she gets angry. [Se ríe]

Do you usually get together often?

We get together a lot, we are very close. And now that my nephew Carmelo was born, the son of Vali, my sister (also an actress and journalist), it is one more reason to reunite the family. Laura (Cerati) is the great host who organizes everything. She is a very cool aunt, for whatever you need, she is always there. She is a psychologist, but she also did theater, so we connected a lot on that side.

–What memories do you have of Gustavo, your uncle, who was also your godfather?

–Gustavo was one more uncle, like Horacio and Adriana on my dad’s side, and like Laura on my mom’s side. But his fame was something extraordinary. I was a boy, I lived in City Bell and suddenly I was going to see him at a river stadium that was full of people. Nowadays, I don’t know everything we would talk about. I have to find my own answers.

“I want challenges.” He is 24 years old, an actor, nephew of one of the most successful singers in Argentina and triumphant in Colombia.