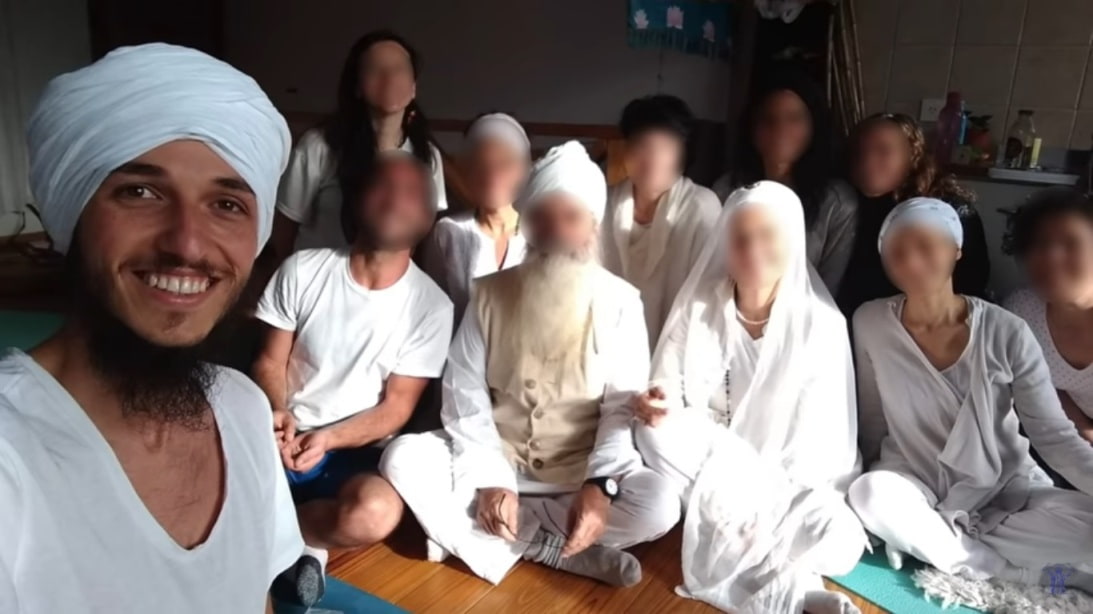 Since his birth, Javier Melfi He remembers that in his family God was not known and religious practice was conspicuous by its absence. In his place, his parents taught him from a young age the vast world of Eastern spirituality and New Age. He was quick to believe that yoga was his calling: he was a great apprentice and a prolific teacher of this discipline. He has related how one day, just before a class, he had a “face to face” encounter with “Satan’s proposal” that yoga involved and that it would lead him to the spirituality he had always sought.

Javier, a resident in Chile for three years, has told the TV channel Diocese of Villarrica Since he was a child, alternative therapies were his “world”.

“My mother did massages, things with energy, she called the angels, we transmitted energy to each other when my father had the flu… and so, finally, I found my calling in yoga and meditation“, he explains. The only contact he had with the faith during his childhood and youth was his baptism.

Since he was a child he had already practiced Eastern meditation, he knew that world perfectly and it was not long before he received specialized training and taught classes.

“It was a good teacher, had many students and I felt really full”, he remarks. So much so that sometimes he believed that he had already “realized himself as a person” completely.

Among the many types of yoga that I knew, the “kundalini yoga“,-“meditation”, he clarifies-, was his specialty. He defines it as a “very orientalized” yoga, with continuous breathing techniques, mantras -or recitation of poems addressed to the deity” and exercises, but which ends up taking those who practice it to the “inner explosion” and the void.

“Their god is the opposite of a person, it is a god who is ‘one’ with all creation, so it can be said that even the shirt i’m wearing is god. Sin is also part of God. When one dies, the soul never reaches heaven unless you reach such enlightenment that you go to a kind of heaven where you finally cease to exist”, he highlights about the Eastern worldview he held. The ultimate goal, he adds, is “to join God in such a way that your person will never exist anymore“.

He explains that the motivation of a large part of the new followers of Eastern worldviews is explained by the rejection of a “lost and materialistic West” mistakenly seeking to fill a void that can only be satisfied by “the Church and its treasures.” “At first, perhaps you can improve as a person, but in the end, in this ‘stop being one’ [oriental], you keep getting smaller until you disappear. It’s like a black hole that collapses in on itself and you cease to exist,” he warns.

Given his early initiation into New Age and yoga during his childhood, Javier soon received specialized training and dedicated himself to successfully teaching it to other students.

But then his career as a yogi teacher was buoyant and although he knew the Eastern worldview, he never had any alternative. Until in 2019 he moved to Chile.

There he had his first contact with the catholic faith: “A boy invited me to Mass on Palm Sunday at the Metropolitan Cathedral. The temple was full of people and I was captivated to see a community, people sharing the same faith and the same spiritual feeling. I did not say this is the faith or the Church I just liked it.”

Over the next few weeks, he continued going to Mass “every Sunday I could“. But soon he would discover that both worldviews “were not compatible”.

“I was preparing a class and I saw a meditation that said ‘I am healthy, I am beautiful, I am perfect, I create all things, I am God’… I continued reading and realized that this was literally what Satan was saying. I saw it so literally It was like seeing the devil’s proposals face to face“, he recounts.

A “Clash of the Titans”

Javier remembers the “clash of the titans” that happened next. It was all a matter of minutes: “Christianity and New Age could not coexist. At Mass I discovered that God is God and I am not. I am the creature, and by His invitation I can be a son of God and a participant in the Trinity”. Something that was soon understood as “a radically different proposal”.

It was a long spiritual battle, in which only one of the worldviews, the Catholic or the Eastern, would direct the young man’s life. “Christ won. he conquered my heart“, he recounts. Immediately afterward, he wrote to his student: “I can’t give you any more classes because I’m a Christian.”

Although Javier was increasingly aware of the mistakes he had professed during his life, as his conversion process continued, he realized that “God uses evil to do good.”

This is the only way to explain why he embraced the faith, since “yoga predisposed me to seek the truthto accept that there is a truth beyond what I want to be the truth and I was able to receive the Gospel and the grace of God. I converted and was able to truly say that I was a Catholic“, he recounts.

During the following weeks, Javier dedicated himself to completely changing his life: “I had to take off my head and get another one. I had completely different ways of thinking, beliefs and tastes and I had to throw it all away, rescuing the little good that had , recapitulating it in Christ: I kept the practice of meditation transforming it into Christ through prayerthe rosary, the mass or the Way of the Cross, trying not to be just a verbal repetition”.

Javier was baptized as a child, but did not embrace the faith until his conversion in 2019.

In the Church was what I had always looked for

Since his conversion, Javier has found in the Church the full expression of the spirituality he had always sought.

What struck him most at first was the personal nature of faith: “God is one person, they are three, who are all eternity loving each other. And not only ‘is there’ as a spiritual presence, but it is a person who incarnates. There is Jesus Christ, walking and living like us, as a true and perfect guide to learn from Jesus how God loves.

He also understood that, contrary to the intimacy of the Eastern worldview of turning in on oneself towards nothing, from faith “it is Jesus who expands in yourself and what you do is put your willpower to let God do things and collaborate in molding your own will to God’s, like Mary”.

The saints were another key piece after his conversion. “In yoga and the New Age there are many ideas, techniques, crystals and healings, but in the end it is a great market where you take the things you want, but they are all vain and unreal with error and confusion. In the Church I I found the Truth, exposed in a thousand ways and in a thousand saintsbut always the same Truth, the same God and the same faith”, he adds.

Meditation was another great aspect that he never expected to find outside of the New Age, but like the others, “it was a discovery to see that so many things that I left behind were already in the Church“, like the “great meditation and mysticism” that I “never would have imagined” that I would find in faith.

“I prayed with another faith and still, God heard me, converted me and brought me to Him. And in Him I found peace and joy, with many uncertainties and battles, but in peace, thanks to prayer. God alone suffices”, he concludes.

“I came face to face with Satan’s proposal”: the “clash of the titans” that led him to faith