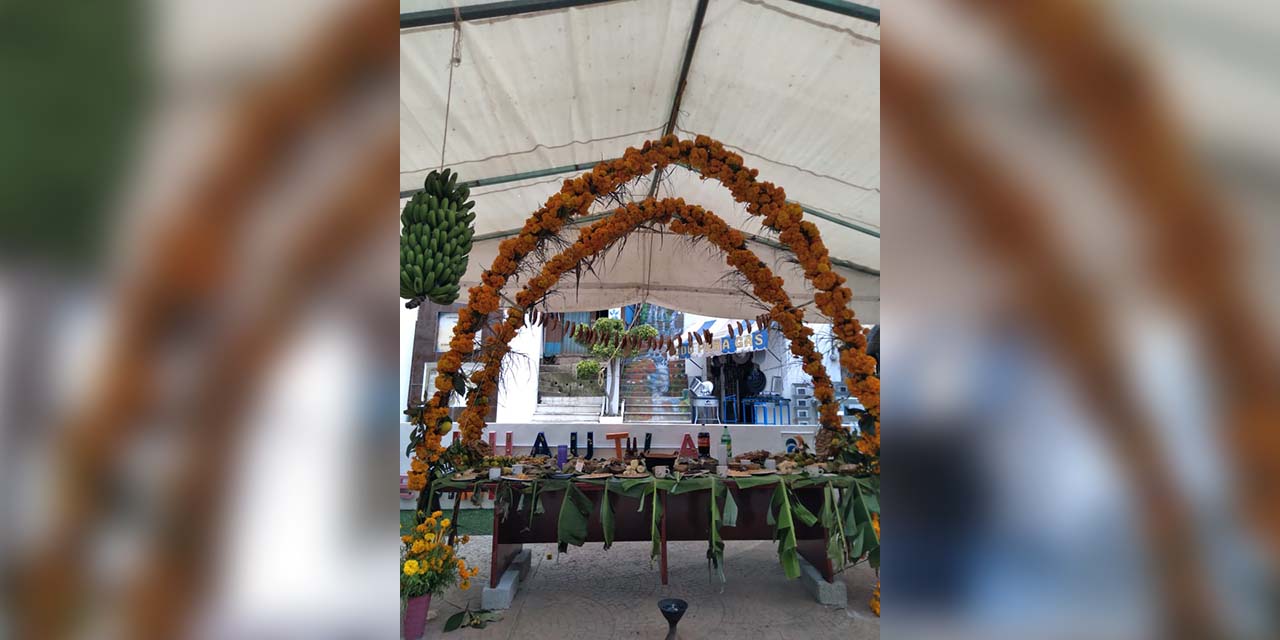 The Mazatec Huehuentones are the artists of death; The majority of the group is made up of active young people or those over 40 or 50 years of age who, every October 27, prior to All Saints’ Day, dress up outlandishly in different outfits, with charro, wicker or rattan hats, carry masks with faces of ring fighters, politicians, famous people or animals, in short, the masked are the maximum cultural, artistic and spiritual expression in the celebration of the faithful departed in the Mazatec area.

They also wear jonote tree masks made by artisans, blanket shorts and shirts, jorongos, huaraches and tennis shoes, who with mysticism and spirituality go out to dance in houses, public places and cemeteries in the traditional Festival of the Dead, ending their performance. the fifth of November.

The “Men who sprout from the navel”

In the mother tongue it is pronounced “Cha-sho-ó”, which translated into Spanish means “Men who spring from the navel”, the truth is that these cheerful singers and dancers include restless children, adolescents and even women.

During their tours through streets, avenues and sidewalks they motivate the curiosity of the people who see them sing, dance and make jokes, for this reason, the majority of Mazatec families, visitors and strangers do not miss this unique spectacle without equal, nothing to do with America’s Halloween movies.

It is in the Mazatec region of Oaxaca where this ethnic group located to the northwest of the entity maintains this cultural heritage of its ancestors very deeply rooted and the municipalities most committed to interpreting the role of the souls of the beyond are Huautla de Jiménez, Santa María Chilchotla, San José Tenango, San Pedro Ocopetatillo, Eloxochitlán de Flores Magón and San Mateo Yoloxochitlán.

In the municipality of Santa María Chilchotla, 40 minutes from Huautla, all groups of Huehuentones have a chief. A group can be made up of 15 to 30 masked men, one or two violinists, a couple of guitarists and an element that makes the teponaxtle (drum made of goat skin) sound, thus executing the mysterious “tan-tan-tan, tan- so-so, so-so-so”.

In the center and neighborhoods they are allowed to enter the houses to sing and dance, and the elderly people usually call them “Los Chajma” (The blacks).

Act of love, dedication and passion

In an interview with the cultural promoter, Alberto Prado Pineda, he comments that the nickname is because they sing and dance at night, and that Chilchotla is the “cradle of the Huehuentones” because here their performance has greater mysticism. Huehuentones can be drivers, masons, students, day laborers, bakers and volunteers, but they have to put up with 10 nights of continuous sleeplessness, the duration of the festival.

The interviewee adds that to be a true chamberlain of death, love, passion and dedication are required, that is why the huehuentones Chilchotlecos keep a great secret before going out to participate from seven at night to six in the morning, either in spaces with public lighting or in the dark, because the chief or the elements carry hand lamps to illuminate the narrow paths where they go up and down, since their hobby is very strong and they do not mind falling when tripping over stones or trunks on the way , the important thing is to bring joy and nostalgia to their relatives, friends and acquaintances who receive them regardless of whether it is at night or early in the morning.

Alberto Prado trusts that the spiritual secret of “Los Chajma” is that in the pantheon they make an oath to endure 10 nights, and right there they cover their faces and disguise their bodies. They wear handkerchiefs under the masks since they sweat from singing and dancing so much and with that garment they wipe the sweat. They put on old or regular (but adequate) shoes, since they will travel winding or flat paths where they will carry their messages of reflection, important anecdotes that humanity has lived on earth, heroic deeds, supernatural disasters, or mentioning jokes or sayings that they make laugh at the spectators.

An altar for the Mazatecs of the underworld

In relation to the placement of the altars to receive the faithful departed in the homes, these are made with fresh reeds, food, fruits, drinks, candles and incense from October 27, while at noon on the 31st, people from Different ages thunder rockets and rockets and in this way the Mazatecs receive their faithful departed (little angels), since according to belief and tradition on this date it is when they arrive from the underworld to live with their loved ones still on earth and they will be in spiritual contact with them from October 27 to November 5 of this year.

The festival of All Saints is the one with the greatest physical and economic movement in this Mazatec area, since thousands of migrants who are working in different parts of the Mexican Republic arrive in the region, entering as visitors to light candles. to their deceased in the pantheons of this Mazatec mountain range and thereby demonstrate their love and respect for their dead. There are dozens of buses and trucks that transport the Mazatecs from Mexico City, Puebla, Tehuacán, Oaxaca, Orizaba, Córdoba, among other cities.

The white and red candles are the ones that Mazatecs consume the most in large stores in Huautla, apart from the cempasúchil and rooster comb flowers that the Nahuatl and flower merchants sell in the center, as well as candles, rockets, rockets. The evenings in the cemeteries are for children and adolescents on the afternoon of October 31 and the early morning of the 1st. November, and the afternoon of November 1, early morning and afternoon of November 2 will correspond to the dead of legal age, thus concluding another year of beliefs and customs.

Huehuentones, the “artists of death” in the Mazatec area