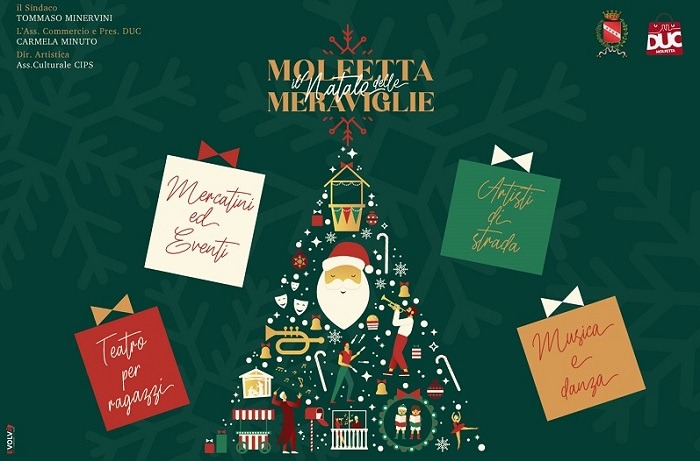 The views expressed in opinion pieces are strictly those of the author and do not necessarily reflect those of the editorial staff.

Since the dawn of time, men have been psychologically formatted to give their lives to the homeland. Like a sacrifice to Ares, hundreds of millions of young men were immolated on the hotel of heroism. The Greek world confused citizenship with military status. For the RomansRomulus – mythical founder of their City and incarnation of the Roman citizen par excellence – was son of Mars, god of combat.

Throughout the Middle Ages, war was dominated by the figure of the knight and the masculine values ​​associated with it. The crusading wars since the year 1000, just like the Hundred Years War and the numerous dynastic and religious conflicts within Europe constituted the repeated scenario of the sacrifice of millions of men to the Nation. The Revolution, the Consulate, the First Empire, the Restoration, the Second Empire and all the Republics bathed in many armed conflicts. The following centuries were no less dramatic: forty million men gave their lives in the wars of the twentiethe century. The XXIe century will be just as bloody. From Darfur to Syria, fromAfghanistan in Guinea, from Mali to the Sahel, wars have never ceased and with them the systematic mobilization of young men.

The assignment to gender roles is particularly striking: men are ideologically “programmed” to die on the battlefield. It is an element that structures not only the masculine stereotype but also society as a whole to the point that it “naturally” delegates to men the violent task of taking the life of others and giving their own for the country.

Thus, out of support, out of a sense of duty, out of patriotism, out of obedience, out of fear or out of resignation, millions of young people have put on the soldier’s uniform and gone to the front, giving up everything: home, family, studies, work. , friends… Jean, Pierre, François, Alphonse, Marcel, Louis, Joseph, Raymond… The absence of female first names on the war memorials in our villages is striking. Yet no one is surprised. The living have integrated the male monopoly on forced mobility, wandering and death. So much so that when it comes to war we have limited conviction about the need to change the traditional system of historically unequal gender relations between women and men.

Heirs to centuries of armed conflict, men have been shaped according to military needs and have integrated the sacrificial idea of ​​dying for the nation.

Of course, women too have experienced unprecedented mobilization since the First World War, nor have they been spared during the massacres, repressions, genocides and other atrocities associated with the war. However, their role is distinct from that of men. The patriarchal model, that of the protective father, the citizen-soldier and the heroic fighter imposed and still imposes on boys to develop a masculine identity tending to accept the unacceptable: the confiscation of bodies for war. For some, this may seem normal because after all war is a man’s business. However, women have not been deprived of initiating bloody armed conflicts: from Joan of Arc to Margaret Thatcher, from Marie Tudor to Golda Meir via Brunehilde, Catherine II of Russia or even the militants of the ‘IRA Marion Coyle and Direct Action, Nathalie Ménigon, women are also proving to be powerful warlords.

If since the Second World War, women can expose themselves to enemy fire, it is always within the framework of professional and voluntary recruitment. However, they remain very much in the minority in European armies: 5% in Italy, 12% in Spain and 15% in France, and it took a judgment by the Court of Justice of the European Union in 2000 for Germany to authorize women to participate in armed combat as professionals. However, the obligation of military service is not extended to women. In Europe, only Norway has female conscription.

In military matters, women gradually obtained the same rights without seeing themselves subject to the same duties. The case of Ukraine is an illustration of this. The country had abolished military service in 2013 to make way for a professional army. However, a few months later, gender equality was broken with the restoration of compulsory conscription to deal with the war in Donbass.

The aftermath of the Ukrainian war constitutes a new example of this gender asymmetry. On Thursday, February 24, 2022, President Zelensky decreed general military mobilization in order to respond to the Russian invasion started earlier in the day: Ukrainian men between the ages of eighteen and sixty have since been banned from leaving the country. Martial law stipulates that all those subject to “military conscription and reservists” are obliged to take up arms. Similarly, on September 21 Putin announced the forced mobilization of three hundred thousand reservists (out of a potential of twenty-five million mobilisable). Military service is compulsory in both Russia and Ukraine for all boys at the age of eighteen. Similarly, faced with the risk of a war with China, Taiwan has just announced that the duration of compulsory military service for all men born after January 1, 2005 will be increased to one year, compared to four months currently.

This reality is by no means unprecedented: in 1914, for the First World War and in 1939, for the Second, several European countries, including France, had decreed general mobilization by sending hundreds of thousands of young people to the front.

Article 18 of the law of August 7, 1913 on the recruitment of the army specified:

Almost ten million men lost their lives in the Great War. The “Morts pour la France” database of the French Ministry of Defense lists more than 1.3 million conscripts who died during this conflict. The vast majority were young infantry soldiers. During World War II almost 18 million men died on the battlefield. Armed conflicts not only massacred young men but also drastically reduced the life expectancy of survivors.

Successive wars (Indochina, Korea, Vietnam, Algeria, Iraq, Syria, etc.) produced the same results both in terms of the overwhelming pre-eminence of male victims and the reduction in the life expectancy of survivors leaving the country. conflict.

In addition, in the years following the First World War, the divorce curve increased significantly and for the first time more divorce applications were made by men than by women. Far from being explained by the sole argument of female adultery, this phenomenon can also be understood by the bitterness accumulated in four years of war, the difficulty in resuming life together after a prolonged separation, even interspersed with a few leaves.

Netflix recently produced the film To the west, nothing newinspired by the novel of the same name by Erich Maria Remarque, in which the author describes the abominations of the First World War and the suffering of these boys reduced to shreds by the artillery.

Until Russia invaded Ukraine, we thought we were settled in the post-modernity of warfare where direct man-to-man confrontation seemed a thing of the past. However, the return to a “classic” form of war highlights the perpetual exposure of male bodies to death. A large part of these bodies does not come from the professional army but from civilians recruited by force. This absence of choice constitutes the greatest violence against the male sex and this since the dawn of time. Unfortunately, a one-sided conception of “gender violence” tends to overshadow it. Paradoxically, while forced mobilization only concerns men, the majority of scientific work relating to war through the prism of gender concerns exclusively women.

Behind the barbed wire of NurembergGuy Deschaume, dreamed of reversing gender roles when he wrote, not without irony, “When we return, one day, to our homes, ladies, you will no longer be able to boast of imaginary superiorities, under which, formerly, you crushed us […], we tried sweeping, dishwashing, laundry, mending, sewing, cooking, and the truth obliges me to confess that in all these activities we have exceeded the most optimistic forecasts: cooking is where you held us. But the roles will be changed! We will now be able to provide you with recipes that will be invaluable to you during these times of restrictions”.

“Gender” is used to designate the social construction of differences between the sexes and acts of gendered violence, a source of harm and suffering. It would then be time to look at war through the masculine gender in order to account for the most brutal of dominations and the most cruel of forms of violence, that consisting in the appropriation of men by the State during armed conflicts.

Saiz Meneses: "The Church has been sent to announce the Gospel to those who still do not know Jesus ...
Tin Cremata shares his knowledge about Martí in Holguín
Boletín IP viernes 5 de agosto de 2022 – Informe Pastran
Tweet
Share
Share
Pin