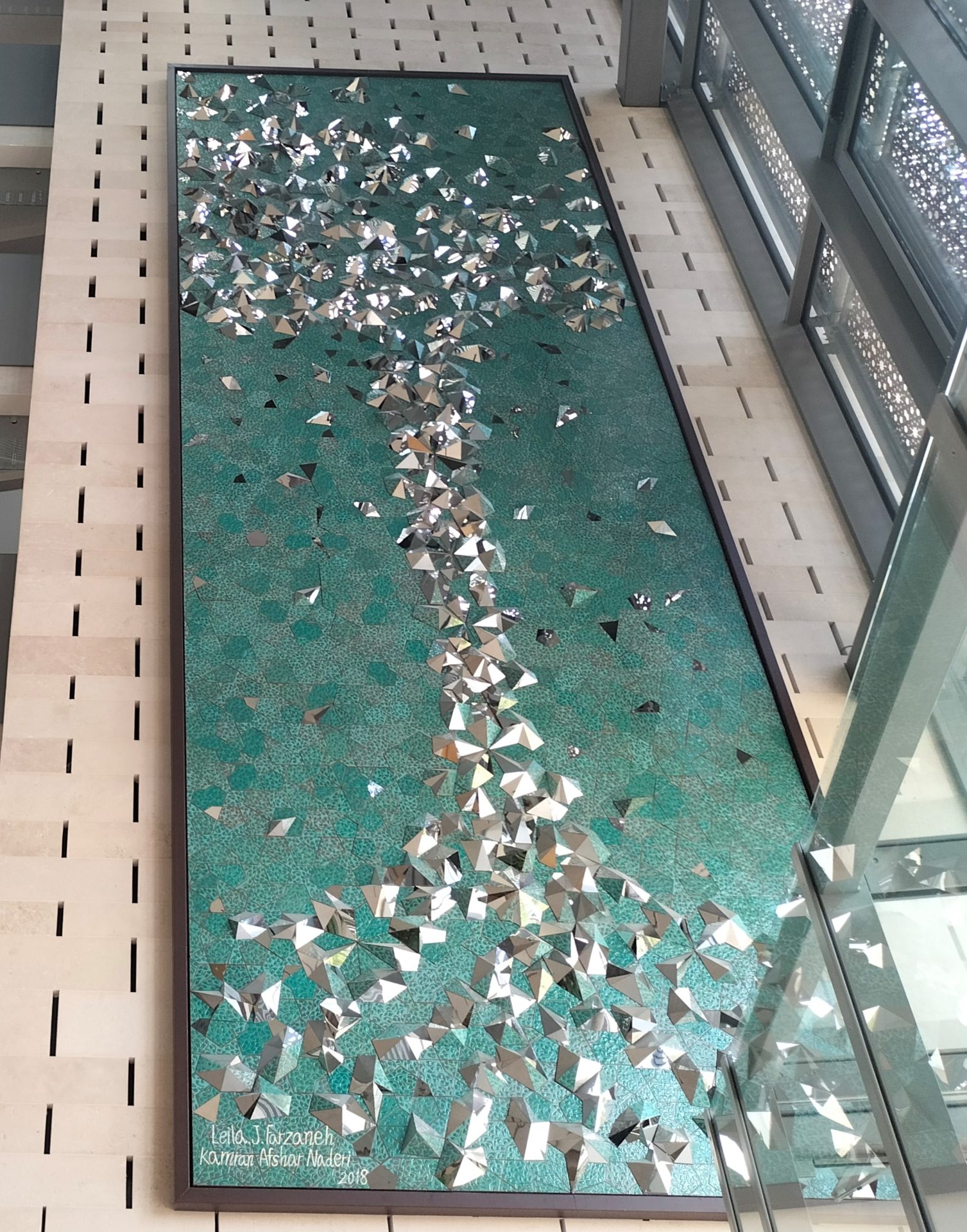 The French Institute of Muslim Civilization (IFCM) is a place little known to the people of Lyon. This cultural institute aims to explain, tell and share Muslim culture, but also to fight against all forms of discrimination. To carry out its role, the IFCM uses culture and has just revealed its programming for the year 2022-2023.

Inaugurated in September 2019, the French Institute of Muslim Civilization (IFCM) ” is a cultural project under consideration since 1979 », explains Kamel Kabtane, founding president of the IFCM. Little known to the general public, this institute created in partnership with the great mosque of Lyon aims to be part of the ” cultural fabric of Lyon “. Its primary mission is to introduce a wider audience to the thousand-year-old culture of Muslim civilization and those through its many aspects: literature, art, science, architecture, linguistics, cinema, music, gastronomy, etc.

A culture that intertwines with Western culture and more particularly with French culture as Bruno Abd-al-Haqq Guiderdoni, vice-president of the IFCM and researcher at the CNRS “Our role is to make known the Muslim culture in all its aspects, as a component of the great French culture. It is a citizen project, open to the city. {…} it is about creating a structure where all audiences can come together and take an interest in Muslim culture, in particular in its articulation with French culture. »

In addition to a purely cultural role, the IFCM also provides an educational aspect. Firstly by offering French and Arabic lessons for all ages, but also by providing access to numerous resources thanks to their free access media library.

Exhibition, cinema and conference: a set of media to discover the Muslim world

For the 2022/2023 season, the IFCM announces a rich program presenting and questioning the Muslim religion. Among the many exhibitions, conferences and screenings, the editorial staff of the Lyon Bondy Blog has selected a few proposals for you:

From September 15 to 30 at the IFCM (52 rue Guillaume Paradin in 8th borough). Free access.

The cultural institute had a difficult start. Appeared just before the health crisis, its promotion was complicated with the general public. In 2021, nearly 2,000 spectators were welcomed, an attendance that the foundation wishes to see increase during 2022/2023.

The construction of living together

For several years, France and more broadly Europe have been experiencing a rise in extremes and a multiplication of acts of a racist nature. [NDLR : En mars le Ministère de l’Intérieure publiait une analyse expliquant qu’en 2021 le nombre de crimes ou délits « à caractère raciste » enregistrés par les services de sécurité a augmenté de 13 % et celui des contraventions de 26 % par rapport à 2019. Une hausse de respectivement 16 % et 14 % par rapport à 2020]. A situation of which the IFCM is well aware and against which they wish to act. For the institute, changing the outlook and vision of the Western world vis-à-vis Islam goes through education and culture. Very often, all these problems stem from a fear of the unknown, emphasizes Bruno Abd-al-Haqq Guiderdoni: “une part of the problems we encounter come from ignorance, from the absence of knowledge of the other. Fear of what we don’t know. {…} There is an immense intellectual, artistic and spiritual heritage which is no stranger to us. {…} For centuries, there have always been relations between the Arab-Muslim civilization on the one hand and the Western world on the other. Whether artistic, intellectual, philosophical, scientific, culinary, …, but also debates on spiritual and religious issues that have enriched the two shores of the Mediterranean, the European world and the Arab-Muslim world. »

“By discovering all these riches, we have the impression that we can better build a common project of living together within French society in the 21st century. »

This distrust of the Muslim world has evolved, as evidenced by Kamel Kabtane, president of the IFCM, ” in our time, being a Muslim is not always easy. I live in this country [NDLR – La France] for 50 years, I have seen things evolve in the wrong direction. Islam is seen, today, as a religion of violence, of hatred whereas it is a religion advocating peace and tolerance {…} I wish that we treat, consider each according to what he is . Millions of people want to live peacefully in their country”. If the IFCM is aware of having a role to play, it still needs to have the means and the way to act. ” As many people as possible need to learn about our culture {…} Culture plays an essential role, it has always been a means of communication and understanding. We are afraid of the unknown, so we need to know each other better in order to appreciate each other and live better together. “, develops the founder of the institute.

An under-representation of the Muslim world

The Arab-Muslim world has a history dating back several millennia [NDLR : L’islam et l’empire arabo-musulman sont apparu au VII siècles]. Many Arab personalities have marked the history of the world. Yet these men and women are often made invisible, forgotten in Western education, even presented from simplistic angles.

Take the example of Emir Abdelkader ibn Muhieddine, founder of the Algerian State and emblematic figure of the 19th century. He is often presented as a man of war, a military strategist but never or very rarely as an intellectual. However, Abdelkader ibn Muhieddine was an inspiration to many people during his life. Victor Hugo, Arthur Rimbaud or Napoleon III had a high regard for the emir. In 1862, after saving Eastern Christians during the Damascus massacre [NDLR – Du 9 au 18 juillet 1860, entre 10 000 et 22 000 chrétiens ont été massacré à Damas]he said ” What we have done well with Christians, we had to do out of loyalty to the Muslim faith and to respect the rights of humanity. “. A quote far from the image of warlord attributed to him.

An invisibilization that affects much more than personalities. “When we look at textbooks of philosophy or literature, we skip over the great classical period of the Muslim world [NDLR : Du VIII au XIII siècle], which was a rather dark period for Europe. For the Muslim world it was a period of absolutely remarkable development of the arts, sciences, philosophy, theology, we do not find any trace of that in the histories of thought, it is beginning, but there is really a empty. {…} We want to fight against that and we want to make known the contributions of Muslim thought to the history of humanity. » reports Bruno Abd-al-Haqq Guiderdoni. One of the solutions found by the IFCM is to discover these historical figures “Abdelkader’s example is absolutely remarkable. He is a warlord but also a great Muslim mystic. He is someone who fought against colonization, who was defeated and then exiled to France, who discovered French society and who became a friend of the country. {…} He also wrote a letter to the French where he advocates the dialogue of cultures and civilizations. It’s figures like this that we want to promote “.

The latest articles by Leo Ballery (see everything)

Explore the Arab-Muslim world to develop living together –