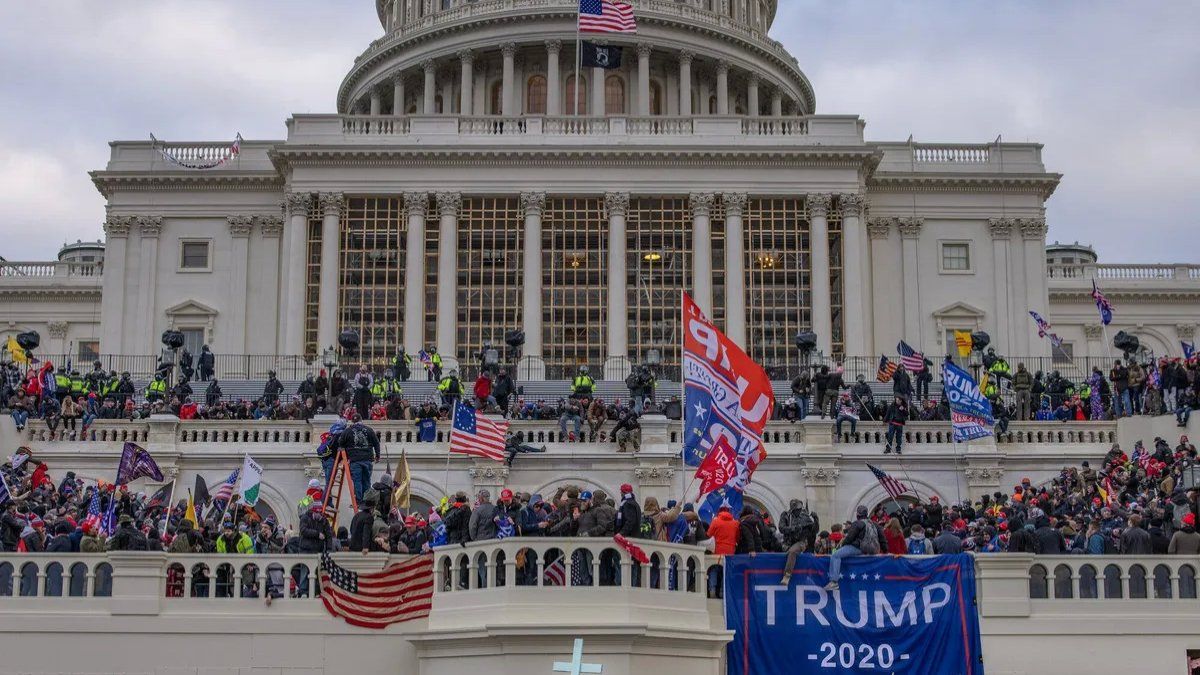 The former Trump minister, in times of mandatory confinement by Covid 19, arranged with Clay Clark, a man from Oklahoma who held meetings despite the state provision, managed to hold the ReAwaken America Tour at the Spooky Nook sports venue in Pennsylvania, on October 21, without wearing masks as they consider the Coronavirus a ‘lie’.

More than 70 speakers and semi-prophetsfood buffets, live baptisms, rites of exorcism, DJs and stands selling dietary supplements, fluoride-free toothpaste, ‘patriotic’ cafes, children’s books such as “The Cat in the Hat Maga”, pistol-shaped handbags or the Titanic -which cost 500 dollars-, among other rarities, exhibit that the desire for profit is also present in religion.

However, free books and pamphlets from the former presidential adviser specializing in immunology and infectious diseasesAnthony Fauci, are given out for free at some booths, along with other conspiracy-themed pamphlets.

“I do not sell anything. I reject donations. I know that what I know could save many lives because there is a scripture that says that my people perish for lack of knowledge”, said a colorful character of the day, Everett Triplett, dressed as a cowboy with a white hat and jeanswho gives away some copies of the bible colored with own reflections and highlighting issues such as evidence of an imminent future nuclear attack on the United States.

But the mental insanity transcends borders, being replicated in areas such as that of the former Brazilian leader Bolsonarocatapulted to the presidency by a fervent support of evangelism and conservative sectors of Catholicism. And both Trump and Bolsonaro supporters have points in common: they are provid, they believe in ‘satanic enemies’ (Lula and Clinton) and ignore the institutionalityas seen in the assault on the Capitol and the headquarters of the three powers in Brasilia.

It is not worth arguing that nationalist catholics Brazilians and Anglo-Saxons have worldviews similar to those of the Russian Orthodox Church, in which Putin supports its leadership, granting it legitimacy and societal consensus. Thus, the false writing “The Protocols of the Elders of Zion” dating from 1903, published by the Russian newspaper Znamya (La Bandera), gave the initial kick to Nazism -40 years later-, since its blasphemous content disseminated hatred of the jewish community by detailing his alleged secret plans for world domination through the manipulation of the economy and the media.

In turn, mysticism, the esoteric and spirituality in Russia homogenizes its multiethnicity since the Tsarism, as what happens with the Spanish-speaking and English-speaking population in the United States, whose common ground is Christianity, resembling the cariocas who are in communion for the same spiritual-ideological motive of national patriotism.

The trick to eliminate cockroaches with only two ingredients

High cholesterol: Stop using this oil as soon as possible