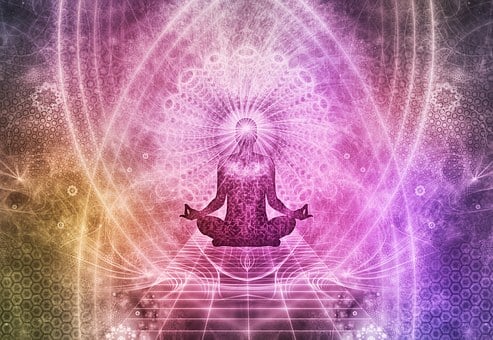 In September, the Pew Research Center projected four possible futures of religion in the United States based on different rates of conversion to and disaffiliation with the nation’s religions. In three of the four projections, the percentage of the Christian population in the United States, which hovered around 90 percent in the 1970s and 1980s, falls below 50 percent in the next 50 years. In two scenarios, the percentage of Christians falls below 50 percent much faster, around 2040, and continues to decline.

This is a potentially historic transition; but a transition of what kind? Towards a truly secular country, whose hymn is John Lennon’s “Imagine”? Or toward a society steeped in new or blended forms of spirituality, all of which compete for the souls of non-practicing Catholics, Old United Methodists, or those unfortunately unchurched?

Ten years ago, I published a book called Bad Religion: How We Became a Nation of Hereticswhich offered an interpretation of the country’s changing religious landscape, the sharp decline in post-1960s institutional religion. Before the book’s anniversary passed, I thought I’d reconsider the reasoning and see how it holds up as a guide for our now less Christianized society.

What the book was proposing was that “secularization” was not a useful label for America’s religious transformation. I wrote that, rather, American culture seems “as captivated by God as ever,” still fascinated by the figure of Jesus of Nazareth and still searching for divine favor and transcendence. But it is far less likely that these interests and obsessions are channeled through the churches, Protestant and Catholic, that maintain any link to historic Christian orthodoxies. Instead, our longstanding national impetus toward heresy—towards personalized revisions of Christian doctrine, American-style updates to the gospel—has finally overcome the old Christian institutions and traditions.

The result is a religious landscape dominated by popular Christian ideas that have “gone mad”, as GK Chesterton once said, “because they have been isolated from each other and are wandering alone”. America today has a church dedicated to self-love, with prophets like Oprah Winfrey preaching a gospel of being divine, a “God within” spirituality at the risk of turning selfishness into a virtue. He has a prosperity church, with the likes of Joel Osteen as his bishops, who insists that God wants nothing more for his chosen than America’s prosperity, capitalist success. And it has political churches that preach redemption through political activism, a Christian nationalism on the right, at times messianic and apocalyptic, and a progressive utopia on the left, convinced that the arc of history always bends in their favor. .

I argued that these heresies are more important to understanding the true influence of religion in America than anything coming out of the Roman Catholic Church or the Southern Baptist Convention. We can understand our spiritual situation more fully by reading “The Da Vinci Code,” “Eat, Pray, Love,” and “Your Best Life Now” than by flipping through a papal encyclical (or, for that matter, an atheist polemic). And we can see more of the enduring, but now warped, influence of Christianity in the celebrity hymns of will.i.am to Barack Obama in 2008 or in the right-wing revivals of Glenn Beck a couple of years later than anywhere else. cultural authority that still adheres to the New Testament or the Nicene Creed.

That was my reasoning in 2012. After ten years, has this framework held up?

In some respects, clearly yes. Consider the strange phenomenon of Donald Trump, a pagan in appearance who somehow managed to assume the leadership of the most religious political party in the country and was later treated by some of its most fervent members as some kind of anointed king.

Trump’s rise was a testament to the strength of fundamental heresies—prosperity, technology, self-help religion, and jingoistic Christian nationalism—within the religious right. Above all, Trump’s main institutional link to Christianity was his longtime presence at Norman Vincent Peale Church in Manhattan, at the time when Peale was famed as a spiritual self-actualization guru and author of “The Power of Mind.” positive thinking”.

As a celebrity salesman and businessman, Trump was a natural supporter of the more right-wing Peale heirs who gathered in alliances drawn from the realm of celebrity pastors and prosperity preachers. Meanwhile, as a preacher of great America, he ended up seducing the most nationalist parts of the evangelical movement, including voters who were more likely to identify with Christianity as a cultural marker of “Americanism” than with it. attend church itself.

Although Trumpism was being made possible by right-wing heresies, liberalism in the Trump era ended up permeated by heresy to such a degree that even I didn’t see it coming. The idea of ​​social consciousness did not appear in “Bad Religion”, which arose before the new wave of university activism, before the Black Lives Matter and #MeToo movements and the era of inclusion, diversity and equality. . But the “great awakening” is a perfect example of Christian spiritual energies distanced from orthodox faith, a version of the Protestant revival stripped of Protestant dogmatism but retaining a crusading fervor, a discourse of conversion, confession and moral transformation, a rush, sometimes frantic, to drive out the evil and unclean. Social justice progressivism is certainly influential, but it must be understood, in part, as a spiritual descendant of Puritanism taking the place of Puritan power (the old strongholds Ivy League Protestants and the Northeastern establishment), which adapts the old spirit of moral perfectionism to a new set of problems and demands.

So, both on the right and on the left, it seems that the nation of heretics framework is still useful. But then, the question and the challenges for my thesis now is how far exactly can the fall of Christianity go before a term like “heresy” ceases to be analytically appropriate. Because, supposedly, at some point the influence of Christianity becomes merely genealogical and we have to recognize spiritual experimenters with far-reaching distinct religious territory.

An essential part of Christian faith and practice in this country seems relatively resilient. But the idea of ​​a “nation of heretics” assumed that many Americans had tenuous ties to Christianity, attended church at Christmas and Easter, and were raised with at least some idea of ​​the religion’s tenets. And it is the freely affiliated people who have split the most in recent years, further attenuating the links between Christianity and its potential rivals or successors.

When I was writing “Bad Religion,” there was still interest in the various “historical Jesus” projects, the scholarly reconstructions that promised to offer a Jesus more suited to the spiritual premises of a late-modern America. And there was a sense that there was a strong cultural incentive to include some version of the Nazarene—for example, as Dan Brown did in “The Da Vinci Code”—into our personal spiritual project, in order to gain Jesus’ blessing for us. leave behind orthodox Christianity.

Yet today I have the feeling that Jesus himself is less culturally important, less necessary to religious entrepreneurs, as if where Americans are now heading in their post-Christian explorations they neither want nor need his blessing.

That shift in priorities doesn’t tell us exactly where they’re headed, but for now, suffice it to say that the label “post-Christian” fits the mainstream of American spirituality more than it did a year ago. decade.

However, that kind of change demonstrates the unpredictability of the future of religion, as well as its inevitability. The Pew report, above all, puts forward a what-if scenario of the established order—no one changing their religion—as its best argument for the future of Christianity in America. It does not contemplate a scenario in which Christianity grows again, where, in 2050, there will be a higher percentage of Christians in the country than now. I would not expect a sociologist to foresee that kind of setback, but Advent and Christmas have no to do with trends spreading as before; they have to do with breaking, renewal and rebirth. That is what American Christianity needs now; now as always, now as in the early days when her entire future was contained in the mystery and fragility of a mother and child. Merry Christmas.