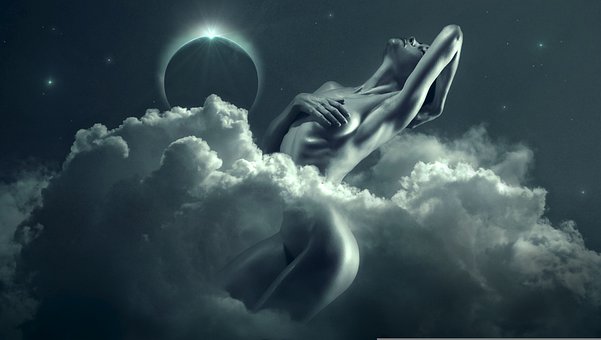 They were raised in distinct spiritualities, Jeanne-Marie within a classical Catholic family, while that of Olivier was of Protestant origin. The spouses also have different characters, she a whimsical artist, he a more introverted entrepreneur. It was gradually during their fifty years of living together that they had the desire to root their marriage “at the heart of the Christian mystery”. The way to achieve this was not so obvious. They groped to find this presence of God which would fertilize their interior life. At 34, Jeanne-Marie went as far as the Himalayas, to a Christian ashram, to “Meet Little Thérèse” and discover prayer. “I needed this path of itinerancy to realize that in fact God was inside me”, reads the artist-painter today. This roaming, which spends a time through the charismatic Fondacio movement, was an itinerary. It is when friends invite them to pray in a Carmelite group that they find “from the outset” their way.

“You just have to turn to the Lord”

One evening a month, with a Carmelite Brother and a dozen other members, they meditate on the texts of the great saints of Carmel. This exploring “far from intellectual”specifies Olivier, rather invites them “to confront the spiritual experience of the saint with our daily actions”. “You just have to turn to the Lord”, develops Jeanne-Marie. Little by little, the intimate heart-to-heart with Christ shapes them. “It is not a question of an isolated prayer time, but of a whole life that we try to live in every gesture of the day. Prayer is like breathing”adds Jeanne-Marie.

During a difﬁculty as a couple, she isolates herself to ask the Lord to change her gaze. “In these moments, only prayer can get me out of this”, says Jeanne-Marie. Sometimes, Olivier joins her in front of the oratory in the living room. During moments of tension, they decide to recite the complines together. It took another ten years, “after resisting with four irons”, so that Jeanne-Marie feels a call to get even more involved. And two more years for Olivier to join the order of secular Discalced Carmelites, not without having also “refused”. “I was not mature”, simply sums up the entrepreneur. Both are now part of the lay branch of Carmel. Secular lay people undertake to pray at least thirty minutes a day, to meet one day a month in community and to put themselves at the service of the Carmelite family. They also make a promise of chastity (which is not continence), poverty and obedience. The commitment is ﬁrst temporary, then becomes deﬁnitive after six years of discernment and formation. “I found there the joy of putting myself at the service of the Lord in order to love Him more, and thus to love all humanity better”develops Jeanne-Marie.

A “spirituality of interiority”

If the spouses share the same spirituality, they pray little together. As their commitment is individual, their prayer is usually private. Simply, their life is oriented in the same direction, towards this “spirituality of interiority” that Jeanne-Marie sought so much and to which the Lord called each of them. The fruits of prayer are not necessarily sparkling, rather interior and silent, and nourish them in depth. “My personal, couple and family life has not changed, I remain a business manager and I still love sailingexplains Olivier before adding : only, I am a better version of myself, I now know that Jesus is waiting for me, takes care of me so that I become who He would like me to be. » He became more “detached”including professional concerns that would have undermined him before.

Jeanne-Marie, she moved away from “distraction”. His readings are more spiritual and, in his painting, his landscapes more interior. Doesn’t belonging to the Order take up all the space? The answer is clear: “Priority to family life, this is what the Lord wants of us above all”, says Jeanne-Marie with conviction. Moreover, their three children and five grandchildren do not seem to have taken umbrage at these hours spent for the secular order. Not only were they all present during the deﬁnitive engagement of Jeanne-Marie, then Olivier, but two of their three daughters and a son-in-law were part of a Carmelite group. Another received the scapular, essential to Carmel.

Alongside the great saints of Carmel, this couple found their way