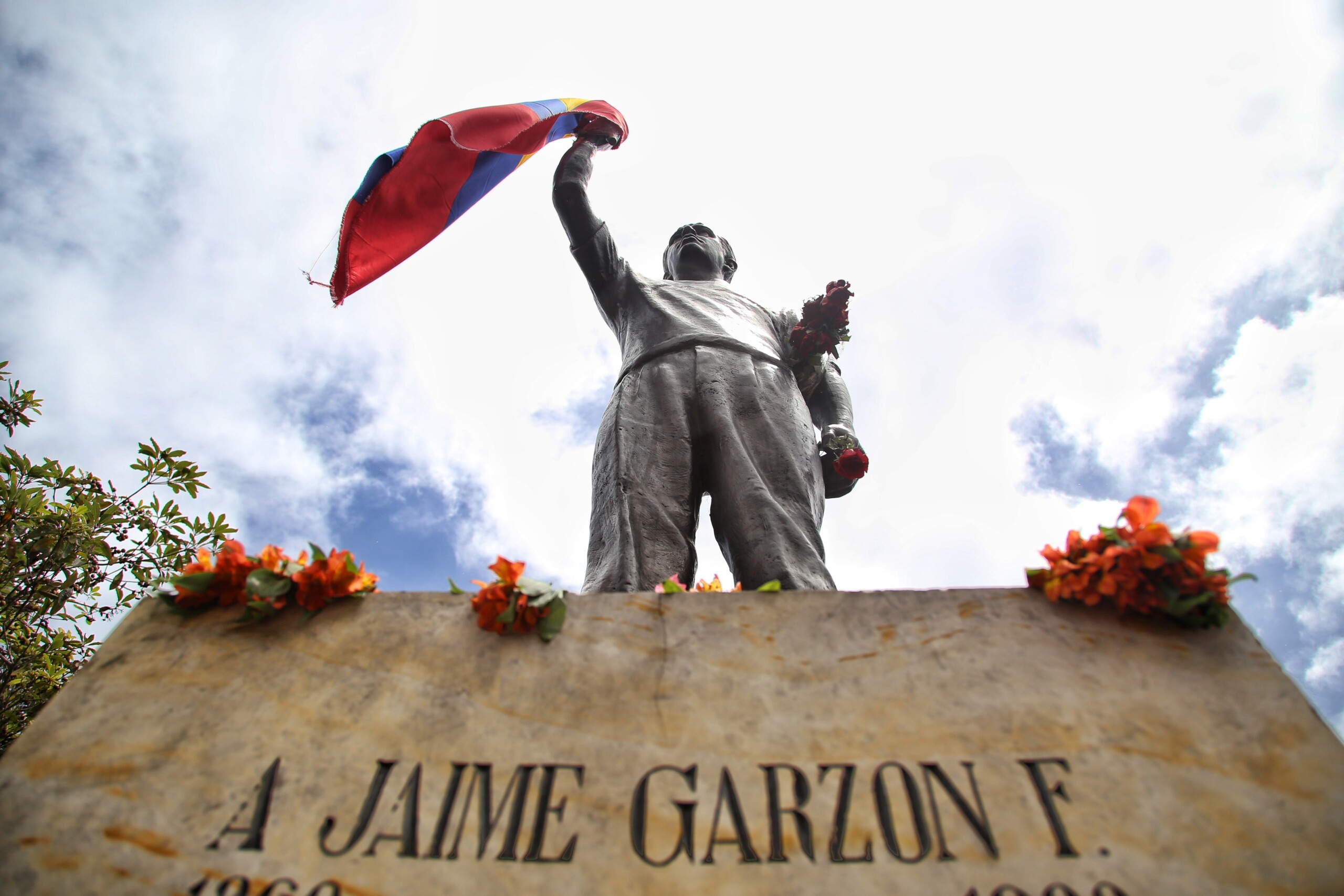 Tweet
Share
Share
Pin
Twenty-three years after his death, Alfredo Garzón, brother of Jaime Garzón, will launch a graphic novel about the reasons that led to the murder of the famous character.

Jaime Hernando Garzon Forero, the journalist, broadcaster, pedagogue, actor, lawyer, among his many faces and professions, titles, anecdotes and audiovisual records, is remembered forever, but every August 13th one more year of his tragic death is commemorated. Whenever his name comes up, one of the most difficult moments in the country is remembered. On repeated occasions, attempts have been made to pay homage to him and recreate his life; reports, sculptures, bio-novels and other expressions have emerged in honor of his memory and legacy. But, his brother, Alfredannounced that a graphic piece will be launched with his most intimate and relevant experiences, this time told by his family.

This new graphic novel, produced by Alfredo Garzonin the company of actress and playwright Veronica Ochoatitled “Garzón, an impossible duel”, aims to contextualize the situation and the events that ended the life of the famous character, 23 years ago today.

“It is a bit like being able to understand this country in its complexity and a bit being able to string together the transformations, so more than composing an anecdotal or biographical story; we wanted to configure a kind of thought about what happened with Jaime’s disappearance and assassination; also with what that left in society and how that made Jaime’s words, contrary to losing validity, it is as if each time that time passes they have greater relevance. It is as if he had had the look of the country, very advanced, as if he had a clarity of where we were heading much more than we ourselves at that time, “explained Verónica Ochoa in dialogue with the EFE Agency.

The publication of the graphic novel will take place in the coming months, with physical and digital editions; there they will focus on that decade in which Jaime was in the media at the national level.

YOU MAY BE INTERESTED IN: After 23 years of the murder of Jaime Garzón, the humorist’s legacy is still valid

Alfredo Garzon details a little more the argument of this work:

“The novel collects Jaime’s life and his thoughts and also puts in context the events that ended in his murder, it is a memory, a document of those ten years in which Jaime was in the media, on the radio, on television, and puts his murder in context as a case against freedom of thought and expression,” he told Agencia EFE.

The work has not been easy, according to Veronica Ochoa They have been trying to compose this work for almost 3 years, which could be said, is the repetition of many cases that happen to him and have happened to many people:

“The book is called Garzón, an impossible duel because this process of more than three years of work has been for me the elaboration of a duel and the realization that this duel is impossible, among other reasons because what happened to Jaime it continues to happen to many Colombians”, he added that the graphic novel, of about 500 pages, also has a social objective.

The authors emphasize that the intention is not to recount or show his biography, since many projects of this style have already been published, that is why they intend that the message of James in Colombian society.

A case that remains unpunished

More than two decades have passed since the assassination of Jaime Garzón and those guilty of the crime have not yet been tried; Until now, justice has determined that on Saturday, August 13, 1999, in the morning, while he was on his way to radio net to do his morning show with Yamid Amat.

At a traffic light in the neighborhood Fifth Wallstown of Teusaquillovery close to corferiasat a traffic light, Freddy Rendonalias ‘the German’ and his brother Danielalias ‘El Viejo’, approached his gray truck, mounted on a motorcycle and fired 5 shots at him.

The vehicle that ends up crashing into a post, thus ending the life of James at 38 years old. The versions that have been compiled from those close to him was that he knew that they were going to assassinate him, they even point out that he knew who had given the order.

In the year 2016, the Council of State determined that within the intellectual authors there was complicity of agents of the nation, for which it was considered a crime against humanity. Among those mentioned is the deceased leader of the United Self-Defense Forces of Colombia, Carlos Castaño and the former deputy director of the Administrative Department of Security, DAS, Jose Miguel Narvaez.

23 years after the death of Jaime Garzón: artistic expressions about his life continue