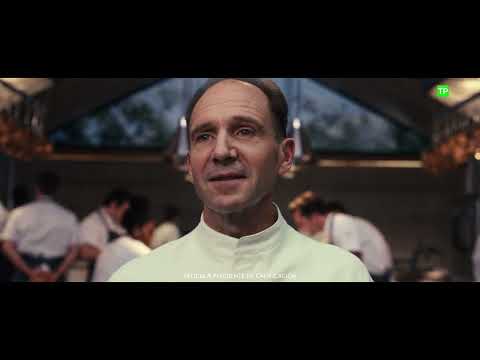 Food has always been a very recurring element when it comes to telling stories in the cinema. It is something everyday, very visual and capable of provoking all kinds of emotions: from nostalgia, pleasure or discomfort to obviously hunger. We have compiled 11 mythical scenes from movies that you surely remember because they revolve around food.

It is one of the latest gastronomic films that have been released recently and that criticizes haute cuisine. Although it is better not to reveal anything about the plot to avoid spoilers, the food is very present throughout the story. One of the memorable scenes is this speech by the chef, played by Ralph Fiennes, in which he begs diners not to eat but to taste, savor, delight…

‘Women on the brink of a nervous breakdown’ (Pedro Almodóvar, 1988)

Pedro Almodóvar is another of the directors who gives much prominence to meals. We could highlight a lot of scenes from his filmography, but this gazpacho moment with sleeping pills that Carmen Maura starred in ‘Women on the Verge of a Nervous Breakdown’ is iconic.

The preparation of pasta with tomato sauce is a real ceremony in this film. Mythical is the scene in which Peter Clemenza teaches Michael Corleone to make sauce for spaghetti. “Look, you start with a little bit of oil. Then you fry some garlic. Then you add tomatoes, tomato paste and cook it all, make sure it doesn’t stick. You let it boil, you add your sausages and your meatballs, huh? And a little wine. And a little sugar, that’s my trick”he comments on the film. Here you can know all The ceremony that is hidden behind the pasta of ‘The Godfather’.

Who has not ever used the simile of «Life is like a box of chocolates. You never know which one is going to hit you«? It became popular in the mid-90s thanks to the character of Forrest Gump, masterfully played by Tom Hanks. Thus began this unforgettable film. Surely more than one could also eat more than “a million and a half” of chocolates.

The title already makes it clear that food is going to have a great weight in the story. In this film, Julia Roberts’ character embarks on a world journey in search of good food, spirituality, and true love. There are several memorable scenes around Italian food, like this one with spaghetti to the rhythm of Mozart or also eating pizza.

Quirky Amélie enjoys a few little food-related pleasures. Among them, sinking your hand into a sack of beans or breaking the burnt caramel of the crême brûlée with a teaspoon. Are you also one of those?

This classic from the 90s that Netflix has adapted again very recently, has a mythical scene with a chocolate cake. It occurs when Miss Trunchbull forces Bruce Bogtrotter to eat a large chocolate cake.

No food appears in this scene, but it is contextualized in a Japanese restaurant where a real bloody carnage occurs. Quentin Tarantino was inspired by the Gonpachi Nishi Azabu restaurant for one of the epic fight scenes in the saga.

It is another of the jewels of the seventh art. The scene in which the protagonist has breakfast croissant with a coffee in front of the Tiffany shop window is, without a doubt, one of the moments breakfast most remembered and imitated in cinema.

As we are seeing in this article, pasta is very recurring in many scenes related to movies. On this occasion, another memorable movie moment occurs in the movie ‘The Apartment’, when Jack Lemon drains the spaghetti with a racket

This indescribable breakfast is not for all stomachs. A real sugar bomb made up of spaghetti, maple syrup, mini marshmallows, chocolate syrup or M&M’s, among others. A strange mix that many have tried to reproduce at home.

If these scenes with food have made you hungry, here we leave you other movies that will also whet your appetite.

11 mythical scenes of the cinema around food