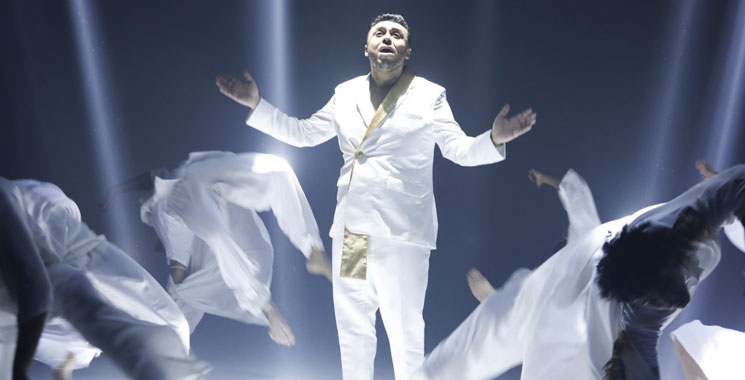 Inheritance: “Rijal Allah” and “Lejwad”. Two singles of Moroccan heritage have just been launched in a new skin by Zakaria Ghafouli. He even turns them into a music video. Here are the undersides.

A first work for the Moroccan singer Zakaria Ghafouli at the beginning of the year. This time he kills two birds with one stone. He chooses to perform the two heritage singles “Rijal Allah” (Men of God) by Fath Allah Lemghari and “Lejwad” (The Benefactors) by Jil Jilala in a single track. “It’s a witty mix between two hits I’ve loved since childhood,” he reveals on his official Instagram page.

The particularities of the new single
In this artistic novelty, Zakaria Ghafouli makes, according to him, the choice to collaborate with “the arranger Achraf Bensfia who adopts a new vision marked by the use of the violin and the koala which give an aesthetic touch to the single”. As for the music video, it is shot under the direction of the Moroccan director Driss Sabil who conceives several successful works by the artist. “The director opts for the spiritual character in the video in addition to choreographies combining authentic, even modern heritages”, details the singer whose work exceeds 5,000 views and who has just celebrated concerts during a tour in France, Spain , Holland, Germany, Belgium, Great Britain and America among others.

Back to the artist’s works
In May 2022, he launched “Jabha frassou” (He broke his face) after “L3echrane” (The relatives). In “Jabha frassou” shot as a music video, the performer performs with Moroccan artist Rajoua Es-Sahely, also an actress and presenter, as well as Moroccan comedian Hamada Essafri, also an actor. About the clip of this Moroccan and modern title at the same time, the singer specifies having made the choice to shoot it with a “comic taste”.

Directed by Idriss Sabil, who made the same option, this video is marked, according to this interpreter, by “the invitation addressed to Zakaria Ghafouli to celebrate the birthday of the artist Rajoua Es-Sahely”. “For his part, the actor Hamada Essafri, who slips into the skin of a car guard, tries to prevent him from accessing the ceremony and approaching the actress”, continues the singer whose composition of the work is conceived by him on lyrics by Younes Adam for an arrangement by Achraf Bensfia.
And that’s not all ! “Jabha frassou” is, according to the artist, made in a different style. “It’s the first time that I’ve adopted an accelerated pace to satisfy all tastes,” adds the performer about his hit, which has so far exceeded one million views about a week after its launch. Even better, “L3echrane” garnered over 5 million views in three months. He has other works on the counter.

This is the case of “Chouf Zmane” (Ah! What an era!) with the participation of actress Dounia Boutazout in the clip “Sidi Moulay” (My lord), a hit whose lyrics and composition are respectively designed by Adnane Amsghar and Ayoub Zaâzaâ, “Awida ya wa” “Aji andi, jib lia” (Come to me, bring me back) composed by the eminent artist Hassan Dikouk. Zakaria Ghafouli had also launched “5 d’sbah” (5am). This piece is a mix between gnaoui and raï. At the same time, the artist is known, as he indicated in an interview previously granted to ALM, for his works which draw “from Moroccan heritage to modernize it”. For now, he uses the Berber heritage of the Middle Atlas for “Awida Yawa” and “Hobino” as well as “Bahra Bahra” (A lot).

He also made the “chamali” heritage (from the north) in “Lawah Lawah” (Don’t do too much), a title written and composed by the singer himself and Issam Kamal who also arranged it and du chaâbi (popular) in “Lhoub zwin” (Love, how beautiful!) and “Matalâach” (it doesn’t work). Works that make it special.
Overall, it is “this variation of heritage that makes the difference” of this singer who has other singles on the clock such as “Tghib W Tban” (You appear and disappear), written by Mohamed El Maghrebi and “La Tkabar Chane” (Do not give value to those who do not deserve).

The reasons for the choice of heritage by the singer
Difference. This is what can make the artist stand out from others. “For my part, I draw, most of the time, from Moroccan heritage to modernize it. For now, I have done the Berber heritage of the Middle Atlas for “Awida Yawa”, and “Hobino”, whose lyrics are written and composed by Anouar Makdour, as well as “Bahra Bahra” (A lot), of which Anouar Makdour and Nouh El Abdi are respectively author and arranger. Beyond the alloy between “lgnawi” and raï, I also made the “chamali” heritage (from the north) in “Lawah Lawah” (Don’t overdo it), written and composed by myself and Issam Kamal who also arranged it and chaâbi (popular) in “Lhoub zwin” (Love, how beautiful!), composed by Mohamed Chrabi and written by Mohamed El Maghrebi , and “Matalâach” (it doesn’t work) that I wrote with Mohamed El Maghrebi and composed by myself on an arrangement by Rachid Mohamed Ali. Overall, it is this variation of heritage that makes my difference,” he reveals in an interview with ALM.