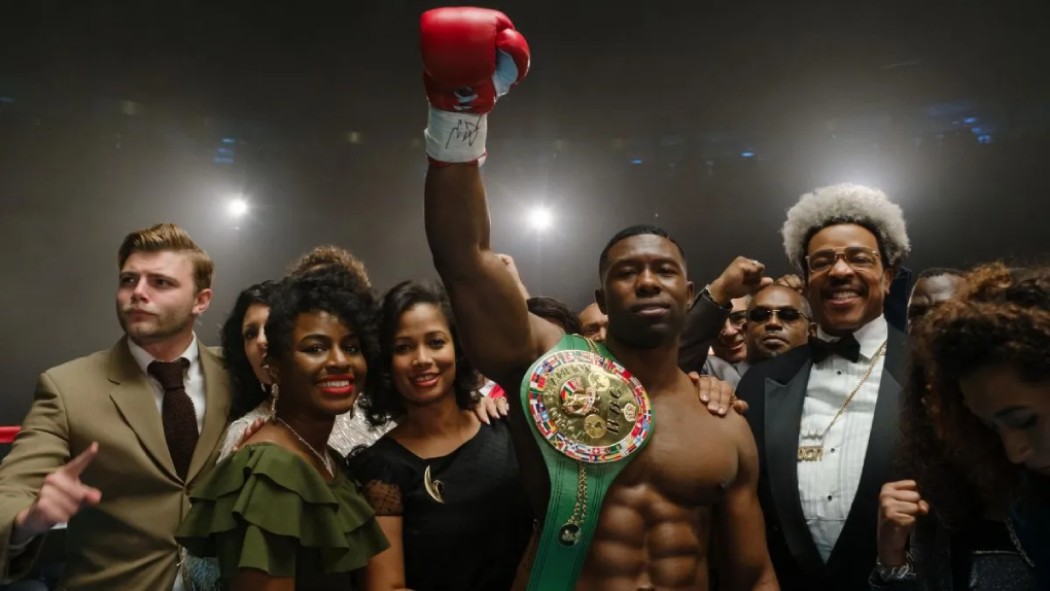 Disney+ subscribers can discover the first six episodes of the Mike series centered on the famous boxer Mike Tyson today. We were able to discuss it with part of the team.

Trevante, you had a sports career before you started acting, did that help you get into Mike Tyson’s shoes?

Trevante Rhodes: I never thought I would be an actor one day, let alone play Mike Tyson. It happened to me by accident. It must have helped me yes, but unconsciously. I mostly studied Mike by watching videos of him. And I talked a lot with our producers and our showrunner. It was a real challenge. It was quite a spiritual process to get inside Tyson’s head. It was necessary to go beyond the script and bring the spirit of Tyson to life in me. The most important thing was to understand his way of boxing and to observe how he moved in a ring. I trained for hours with a fantastic coach. I also had a language coach to express myself like Tyson. I hope I honored him with my performance.

Russell, how do you play the legendary Don King who was Mike Tyson’s manager for a long time?

Russell Hornsby: First I had to understand the man and his background – where he came from and how he had to fight in this cutthroat world of boxing. Understand what was going on in his head and how he made such and such a decision about Tyson’s career. You can’t imagine how complicated his journey has been, he who is black and who does not come from the middle of the ring. He has an admirable career.

Steven Rogers (producer): Cus was Mike’s first manager, like a kind of spiritual father. Don King’s style is totally the opposite of Cus D’Amato’s. Everything is glamorous and bling bling. He was a phenomenon, this Don King.

Apparently Mike Tyson is not a fan of this series. Did you tell him about it?

Steven Rogers: In fact, we couldn’t, because the rights to his life had already been sold to someone else. We didn’t tell him about it. I hope he will like our approach. Anyway we had several concrete sources, I think our show is very close to the reality of who Mike Tyson really is.

Karin Gist (showrunner): We have done a lot of research, to have the most truthful facts possible. We cover a lot of topics and I hope this will serve as a starting point for many conversations.

Why do you think the life of Mike Tyson can interest the public? Is this a redemption story for you?

Steven Rogers: It is a fascinating and extraordinary story, a kind of warning about the limits of the “American dream”. But it’s a global story too because Mike Tyson is known anywhere on this planet. We tried not only to tell the historical facts but also to show what was happening in his intimacy. I remember one of the first Tyson videos I watched while doing my research was the one where he talks about his face tattoo. He explained that he did not want to recognize himself when he looked at himself in a mirror. It really upset me. I wanted to show that most of his actions had a purpose. I think Tyson’s story reflects the moves Black Lives Matter and MetToo, without forgetting the problems of crime, incarceration, mental illness and severe addiction problems. All of these themes are at the heart of Tyson’s life and that’s what makes it more relevant than ever.

Steven Rogers: It wasn’t our goal to say if he’s a hero or a villain. We just wanted to show you the facts and what happened. Each episode is built like a boxing round. There are punches, adrenaline, action. We don’t give you time to breathe until the end of the series. This is why each episode lasts only 30 minutes, like the 3 minutes of a boxing round. Let’s see if you won’t end up knocked out!

Beyond Tyson, there are also all the women around him. What was your approach?

Karin Gist: It was my first concern. I wanted to include all the women in his life, starting with his mother. I wanted to avoid clichés by showing how they had an influence on him. For example, I didn’t want Lorna Mae to come across as an abusive mother. She was a black woman of very modest means, living alone with her three children, in a hostile environment. Imagine the difficulties and stress she experienced. Likewise with Robin, we wanted to show how these two young people had fallen in love and suddenly found themselves in the spotlight. The same with Désirée Washington who accused Tyson of rape. One may wonder why she was at her hotel? In any case, we wanted to know what really happened, beyond any judgment and with as much honesty as possible. That’s really the point: to entertain you while exposing any prejudices you have about Mike Tyson.

“We don’t give you time to breathe until the end”: the series about boxer Mike Tyson arrives on Disney+