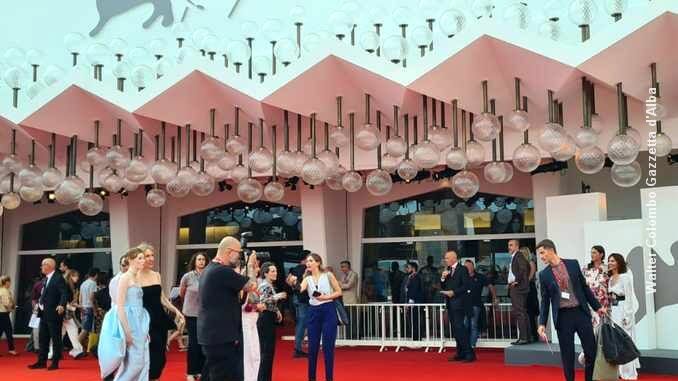 VENICE Today is the day of the last screenings and the awards ceremony of the 79th Venice International Film Festival. Meanwhile, yesterday, the film in competition by the Iranian director Jafar Panahi, already awarded the Golden Lion in 2000, entitled Khers nist (No bears). Unfortunately the director is not present because he was arrested in July by the government of his country and sentenced to six years in prison; in fact in 2010 he was banned from making new films and leaving Iran for twenty years. To overcome this prohibition, he started filming him clandestinely playing himself. In Cannes and Berlin, where his films have been repeatedly awarded, the films arrived clandestinely. 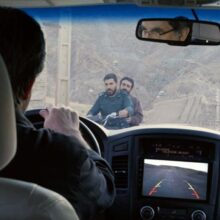 In the film presented at the Biennale he talks about his tormented Iran, moving his gaze from the city to the rural areas and portraying two parallel love stories. In both, lovers are tormented by hidden and inescapable obstacles: the strength of superstition and the dynamics of power. The protagonist, a director played by Panahi himself, is shooting a film in a Turkish country on the border with Iran and while managing his crew from a distance from an Iranian village in the mountains, in addition to the problems related to the wi-fi connection for follow the filming live, he has to clash with the locals who are extremely suspicious of his presence. Venice shows its closeness to the persecuted director with a long applause in the hall.

The only Italian film in competition bears the signature of a female director, Susanna Nicchiarelli, who is very careful in her works to bring out female figures, as in the film Clear, bringing out the strong spirituality of the saint of Assisi. Chiara, played by the talented Margherita Mazzucco (Elena ne The brilliant friend), is 18 when he runs away from home to follow his friend Franceso. From that moment on she shows her determination to fulfill her dream of freedom for her and for the women who join her. From this emerges a radical life anchored to the Gospel thanks to which she overcomes the difficulties she encounters. “Chiara’s life, less known than Francesco’s, gives us back the energy of renewal, the contagious enthusiasm of youth, but also the drama that any revolution worthy of the name brings with it”, declares the director. The protagonist, Margherita Mazzucco, comments: «The character I play is not from the Middle Ages, she is a girl of today with the determination of eighteen, the same as mine. It was a demanding film, I was on set 12 hours a day and in the evening I had a tutor to study. Thanks to that determination, I enrolled in Modern Literature, my great desire ». A very beautiful film, an invitation to be determined in what you believe for, spoken in an Italian of the time, sometimes not always immediate.

Iraqi director Ahmed Yassin Al Daradji brings to the screen for the Extra Horizons section Janain Mualaqa (Hanging Gardens). The actors were chosen from among the young people of his Baghdad neighborhood because they experience the issues and issues dealt with firsthand. Brothers As’ad and Taha, aged twelve and twenty-eight, make ends meet by collecting litter in the Hanging Gardens (a nickname the locals have given to Baghdad’s steaming landfills) yet manage to make do with what they have. One day As’ad finds an American blow-up doll: he takes the forbidden object home and flaunts it as if it were something wonderful. Taha attacks her brother, accusing him of ruining their reputation, and As’ad takes refuge in the Hanging Gardens, determined to live there with his extraordinary discovery. When As’ad and her 14-year-old friend Amir discover that the doll can speak, they teach her the language of seduction in Arabic and put her to work. Business is booming; the boys attract the attention of the local youth, but also the fixers of the local boss. One evening the doll is kidnapped. As’ad and Amir go after suspect number one, but end up discovering that he is an informant. The boss then orders them to kidnap As’ad and Amir to carry out the cruel and humiliating punishments he has in mind for them. As’ad, however, manages to save himself, completing the journey he had undertaken, and reconcile himself with the choices he had made. “I have two parallel aims: to question the status quo and to entertain. Without being provocative and without causing anguish, I want to ask questions through an engaging and engaging story in which the protagonists ask themselves “What if?”, While the audience thinks “What would I do for them?” », Declares the director. A film that showcases the most intimate and touching details of the protagonist in order to better understand what is needed today in Iraq not only to survive, but to live a dignified and meaningful life. A film of metaphors and illusions that reside in a society tried by war.

Venice Film Festival pays a long round of applause to director Panahi, imprisoned in Iran