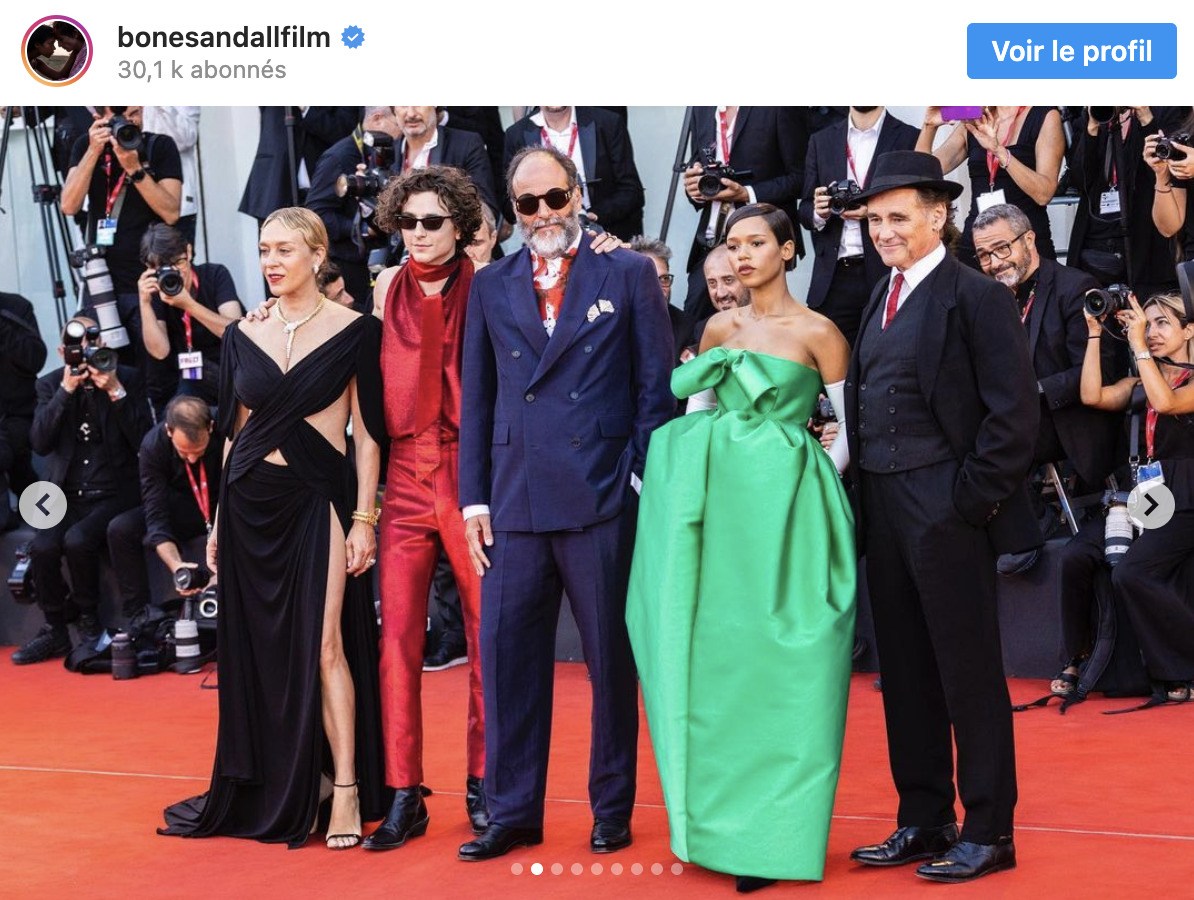 On the red carpet of Luca Guadagnino’s Bones and All at the Venice Film Festival, actor Timothée Chalamet wore a Haider Ackermann halterneck outfit, which had his fans and the media abuzz about gender norms.

Put an actor in something other than a sober suit and see tweets, stories and articles raining down saying he’s upsetting gender norms. September 3, 2022, for the red carpet of the presentation of the film Bones and All from Luca Guadadigno to the Venice Film Festival, it was Timothée Chalamet’s turn to shake things up.

As usual, the 26-year-old actor wore an outfit imagined by his friend, designer Haider Ackermann (incidentally my favorite fashion designer: my closets are full of his archives, but anyway). The French designer thus imagined fitted red trousers on an equally scarlet top, sleeveless, with a cowl neck decorated with a tone-on-tone scarf and lined in black, and above all a bare back.

Timothée Chalamet, an actor as sensitive as his outfits?

It was enough to set the red carpet ablaze, and trigger thousands of tweets, stories, Instagram posts and other articles praising the stylistic audacity of Timothée Chalamet, an actor with interpretations as sensitive as his outfits.

His on-screen partner in this cannibalistic romance road trip, Taylor Russell, wore white gloves and a green dress from the latest Balenciaga haute couture collection by Demna Gvasalia. On the red carpet, the leading roles thus formed a reinterpretation of the colors of the Italian flag.

A tailor-made outfit for the canibal drama Bones and All

So before looking like a hater, I would like to point out that: I love this Haider Ackermann outfit by Timothée Chalamet. We can salute and appreciate the audacity of Timothée Chalamet’s outfit, which has the merit of greatly changing what we are used to seeing men wear on a red carpet. It should also be noted that his blood-red outfit, which highlights parts of flesh rarely bared by traditionally masculine clothing, can also appear as an interesting nod to canibal drama. Bones and All that he came to defend.

We also notice Timothée Chalamet indulging in poses that we are more used to seeing women adopt in order to highlight their bodies and their complex grooming. Having to wring your neck to allow photographers, who are mostly male, to be able to frame on her bare back, while still capturing her face, is not a common scarlet carpet exercise for actors. And it’s almost funny to see him bend to the male gauze who cuts it.

Disturb gender during a red carpet to better reaffirm it outside

From there to saying that gender equality for all can start with the red carpets, there is a huge shortcut that we will not take. It should be remembered that this is an area of ​​authorized clothing transgression, and even lucrative since it makes it possible to ensure more media coverage, and therefore better ensure the notoriety of one’s film. However, until proven otherwise, Timothée Chalamet is far from dressing like this in everyday life, a sign that it is above all an exercise in promotional style. It’s part of his job.

As beautiful as she is, that her outfit is the subject of so many questions around gender norms confirms its liveliness: we wouldn’t make such a mess of them if they were already more flexible, even obsolete. We are far from it. In fact, this vigor, not to say rigidity, turns out to be barely shaken during an exceptional red carpet where the binarity of male and female locker rooms pretends to be suspended. A flamboyant parenthesis before Timothée Chalamet turns his back on this ephemeral subversion. Red on red, nothing moves.

Why do guys dare to wear skirts on the red carpet, but not (yet?) in real life

Timothée Chalamet wore a halter top at the Venice Film Festival, and everything is turned upside down