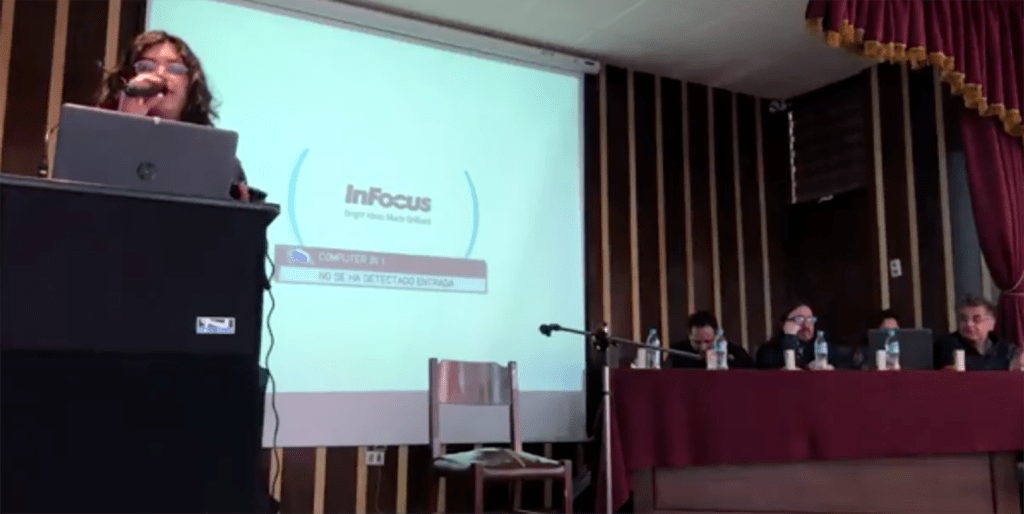 In the last seminar of the initiative of the Time of the Common House, entitled “Legislation, contamination, rights and spirituality of water”, the threats to water and access to it were deepened. In addition, progress was seen in defense of their rights in other countries.

Bodies of water are being polluted by different extractive activities, which affects humanity, but also nature. Specialists and connoisseurs around different aspects of water participated in the seminar “Legislation, pollution, rights and spirituality of water”, developed within the framework of the Time of the Common House and in alliance with the Marcelo Quiroga Santa Cruz Chair, of the Universidad Mayor of San Andres.

“Humanity generates different alterations in water resources, whether due to the extension of crops, the constant extraction of hydrocarbons, the transformation of the earth’s surface, global warming, the contamination of rivers due to mining extraction. ”, explained Camiri Borja, a student of the Social Communication Sciences career at UMSA.

In his presentation, Borja explained that we live in the geological era of the Anthropocene, where the human being is the protagonist of the changes and negative transformations that occur on earth, which affects the state of water resources.

Borja, Pablo Solón, Felipe Terán and Jimena Mercado participated in this event, who spoke about different aspects of water, from its legislation to its spirituality, thus showing its multidimensionality.

In this way, this seminar complemented the looks of reflection that were made in the Time of the Common House -organized during the month of October, by twenty civil society organizations-, where they spoke about integral ecology, food sovereignty, climate change, among other issues.

Mining in the spotlight

Four of the five speakers agreed that one of the extractive activities that is permanently and systematically polluting the country’s waters, mainly rivers, is mining.

Jimena Mercado, an investigative journalist specializing in the environment, explained that the exploitation of gold has multiple impacts on the tributaries and this is evidenced by the pollution caused by this activity by the Kaka, Beni and Madre de Dios rivers, in the north of La Paz. and in Beni, where this activity is carried out in an accelerated manner.

Over four years, Mercado carried out reports in various parts of northern Bolivia, mainly in the departments of La Paz and Beni, where he found that gold mining has not only intensified, but that it is an activity carried out mainly by foreign capital, although are camouflaged by cooperative members.

He stressed that said activity not only penetrated protected areas such as the Madidi National Park and Integrated Management Natural Area, but also is affecting the indigenous peoples that inhabit these places and others that are close to the mining exploitation.

He recalled that these extractive activities did not go through a prior, free and informed consultation, established in the Political Constitution of the State (CPE) and international treaties, which shows that the State is not complying with the care of the rights of indigenous peoples nor of mother earth.

The strength and influence of the mining sector in the political and economic decisions of the country were also mentioned by Renzo Jiménez, technical advisor to the National Association of Irrigation and Community Drinking Water and Sanitation Systems (ANARESCAPYS).

“The mining law is an attempt against life, our water sources are being killed,” he asserted.

Need for a new regulation

Jiménez explained that the Water Framework Law for life in force in the country was approved in 1906, so there is an urgent need to update it, in which the rights of water and life should prevail.

“We want water security for community systems, which will be transmitted in food security,” he assured.

However, he explained that updating the law is a complicated task, because for its approval, a consensus must be reached with various actors, including the miners, who currently pollute the environment, making it difficult to reconcile with them.

Likewise, he said that the new norm must establish the new formation of the Water Coordinator, a social instance that was formed in 2000, when the water problems began in Cochabamba, which led to the water war.

The spirituality of water

Extractive activities are related to consumerism and this accelerates the demand for water and its contamination. This was explained by Felipe Terán, a political scientist and professor at the Higher Institute of Ecumenical Andean Theology.

After a philosophical-theological reflection, Terán stated that in order to change this way of life, one must break with individualism, the basis of capitalism, and begin to connect with spirituality and not only focus on reason.

“It is a spiritual problem (…) We cannot have a purely rational, purely calculative relationship with water, because if we do that we are going to calculate how much water we need to live and when we start calculating we are going to be dead,” Terán concluded.

Water and your rights

Given the complicated panorama of water, its use and access, described by the other speakers, Pablo Solón, researcher, activist and executive director of Fundación Solón, recalled that nature and water have rights.

He explained that, in Bolivia, the Law on the Rights of Mother Earth, approved in 2010, recognizes these rights, but that said regulations are not applied.

He shared that in other parts of the world there is progress in the rights of nature, even in countries without legislation in this regard. He explained the progress of water rights, mainly of rivers. From an investigation that he is currently carrying out, he analyzed 22 of more than 38 cases in the world that have to do with judicial rulings, national and local regulations in defense of water.

He stressed that many of the rulings analyzed affirmed that water is not a natural resource, but rather a living being and that it also gives life to nature. Likewise, they relate the right to water with that of the people. “All the cases that we have analyzed link the rights of water with human rights, they mention that, guaranteeing the right to water, will guarantee the right of future generations, the human right, to life, to water, to health” explained