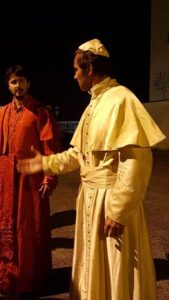 Who hasn’t dreamed of traveling through time, perhaps going back to the past or discovering what we will be like in the future? There are those who have dedicated their entire lives to studying a machine capable of crossing the ages, but so far only literature and science fiction films have given us this “thrill”.

But if it is true that we are not allowed to travel through the centuries, there is a fascinating opportunity to relive historical events live, almost as protagonists.

This “magic” is made possible by the I Viaggi di Adriano association which for twelve editions, in collaboration with Luca Basile and the Fenix ​​1530 Theater Company, has brought famous characters such as The Borgias, Trilussa, Beatrice Cenci, Caravaggio, Michelangelo to life. Adventures, stories, curiosities that take the name of “Theatrical Guided Tours”, a sort of en plein air theater in the natural setting of Rome, with precious costumes inherited from famous films and a cast of talented actors who have decided to carry out research, rewrite texts and dialogues, of some imaginary encounters that incredibly become so real as to leave visitors breathless.

For summer 2022 we start again with a new 2.0 version of “The Borgias: the protagonists, the places, the misdeeds, the loves”, which will be held on June 3 at 21 in Piazza Sforza Cesarini (15 minutes before the start ). The whole truth about the most notorious family in the history of Rome, between alleys and squares in which Alexander VI, Lucrezia, Cesare, Giovanni, will reveal themselves next to the guide to reconstruct the compelling reconstruction of their rise from their own voice. Crimes, intrigues and loves ready to be confided to the public.

Another novelty for 2022 is “The Middle Ages of Rome”, a theatrical guided tour set in the heart of Trastevere, which will make “appear”, on 17 June at 21.00 in Piazza San Cosimato, enlightened characters such as Federico II, but also of immense spirituality such as San Francesco, passing through Dante Alighieri and the slap of Anagni until recovering the memory of the last of the “tribunes of the people” Cola di Rienzo, a character whose memory seems to be lost beyond the famous street. 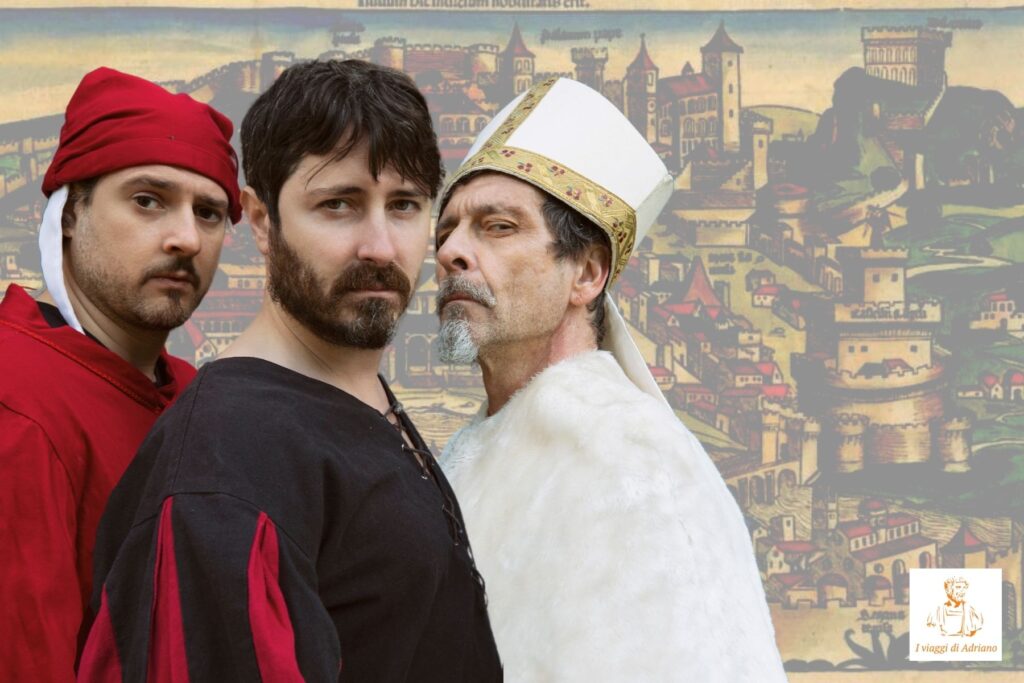 It was Rome’s only political experience as a municipal body, with its own municipal institutions, called to manage itself with the pope in Avignon and the barons in their place “the only 7 just months in so many centuries of violence and oppression”. Because Rome was also this until Cola di Rienzo began to act like a baron. “Cola betrayed Cola and Rome returned without a master.”

Great characters and extraordinary stories that will take turns, making the original world of guided tours with traveling theater more and more unique where tourists, the curious and enthusiasts become an integral part of the story.

For info and reservations www.viaggidiadriano.it phone 3343006636

Tell us what you think first.