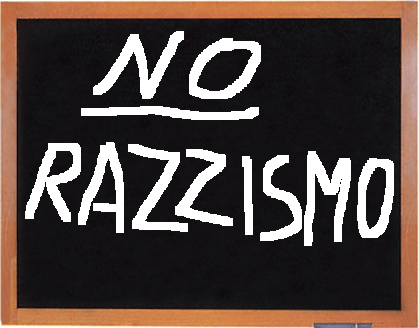 “At the first meeting, I see a kind of look, a different look, as if people distrust … or when they find themselves in a hospital bed and find themselves a black nurse and I read the shock in their eyes” – this is the testimony of a nurse among the protagonists of the “Lo Sguardo Tagliente” dossier which will be presented on the occasion of the public event “Get Under My Skin! For an alliance against afrophobia” scheduled for Wednesday 23 November starting at 9.30 in Rome at the Spazio Europa (Via Quattro Novembre, 149).

The public event (which will continue in Milan on November 29 with another event entitled Get Under My Skin: stories of activism and alliances against afrophobia) is organized by CHAMPS, a partnership born thanks to the alliance of Amref Health Africa Onlus Italy project leader together with CSVnet, Divercity APS, Le Réseau, Osservatorio di Pavia, Racism Ugly History, Arising Africans and Carta di Roma. A moment of discussion that aims to raise awareness and improve dialogue between different groups and communities through an excursus from the concept of Afrophobia to the need to build conscious alliances to counter anti-black racism.

The Get Under My Skin initiative will be an opportunity to make room for an alternative point of view to counter afrophobia starting with the recognition of the identities of racialized people and listening to the experiences and words of a society fueled by negative stereotypes and based on historical injustices.

A positive interconnection will be explored through intergenerational and intercontinental gazes with the contributions of Ada Ugo Abara, President of Arising Africans and Founder&CEO DTech 4 good; Elizabeth Ntonjira, Amref Global Communications Director; Filomeno Lopes, writer and journalist at Vatican Radio; and Sarah Kamsu, journalist and creator of @weafricansunited.

We will therefore talk about barriers to access and citizenship, spirituality and relationships, thanks to the testimonies of the protagonists of this story, the AFAR group – Afro descendant Fighting Against Racism.

During the works, the first research in Italy dedicated to the perception of afrophobia will be presented entitled “Lo Sguardo Tagliente – Knowledge, awareness and perception of afrophobia and systemic racism in the sectors of health, education and communication” and curated by Paola Barretta and Giuseppe Milazzo, researchers of the Observatory of Pavia. The survey revealed that the gaze is the first indicator and vehicle of afrophobia in various contexts. An inquisitive, insistent, judging, impertinent gaze was considered by the interviewees as an example of a discriminatory attitude suffered in everyday life. Furthermore, the survey shows that for 80% of the interviewees the term afrophobia is misleading and limiting.

The analysis of the dossier will be enriched by the contributions of Cinzia Adanna Ebonine, educator, trainer and psychologist in training, AFAR, of Triantafillos Loukarelis, UNICEF Italy and of Roberto Natale, journalist and trade unionist; Paola Crestani, teacher and president of Amref in Italy.

At the end of the event, Verso Un Manifesto will be presented, an analysis and positioning document that aspires to become a shared track, a place within which to articulate problems and urgencies on the one hand, and possible directions for action on the other for the fight against anti-black racism and Afrophobia.

The initiative is open to the media and all stakeholders in society, and will aim to increase understanding and improve dialogue between different groups and communities, thus strengthening the building of ALLIANCES to counter anti-Black racism and afrophobia.

Get Under My Skin: For an alliance against afrophobia on November 23 in Rome • Stop afrophobia! (stop-afrophobia.org)

“The sharp gaze”, an alliance against afrophobia – Article21