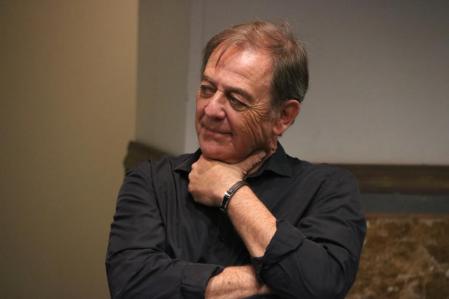 A fictional but at the same time plausible portrait of the moral and institutional contradictions that the two pontiffs experienced at the time of the abdication of Benedict XVI, is the scenic proposal that the director Guido Torlonia presents with Pope, a work by Anthony McCarten and translated by Jaume Coll Mariné. Led by the excellent Lluís Soler and Xavier Boada as protagonists, the Teatre Akadèmia presents its first own production of the 2022-2023 season, which will premiere on November 2 and can be seen until December 4.

The work, inspired by McCarten’s own essay The two popes. Francisco, Benito and the decision that shook the world (2019), from which the film was also produced the two popes by Fernando Meirelles (2019), aims to show the most intimate part of the personal crisis that the sudden change of pontiff meant for each one. “It is very interesting to see the most human side of the two in the essay”, Torlonia has highlighted, since it is one of the first documents that investigates a privacy that is almost never steep in the untouchable opacity of the Vatican.

Inspired by the McMarten essay

Lluís Soler and Xavier Boada, two actors with impeccable experience and a personal bond since childhood, are responsible for humanizing the emotional experiences of the two popes to the maximum. Soler, as the conservative and traditionalist who decides to abandon his papacy (Pope Benedict XVI) and Boada, as the most open and up-to-date vision of Catholicism who decides to take over as pontiff (Pope Francis).

Guido Torlonia has explained that, although at the time of the abdication Benedict XVI thought that Cardinal Bergoglio, the current Pope Francis, would be the best option to replace him; the views of the two Catholics were almost opposite. Joseph Aloisius Ratzinger was educated and trained during Nazism and earned a reputation as a great conservative within the ecclesiastical institution, especially when he tried to cover up the pederasty scandals that have radically tarnished the image of the Catholic Church in recent years. On the other hand, Bergoglio, an Argentine of humble origins, has stood out for being the most ‘modern’ face of the Church, publicly accepting the structural flaws of the institution and his will to reform to open Catholicism to as many faithful as possible.

A change in the Vatican discourse

The views of the popes may seem opposite

“Relinquishing his position was truly a revolutionary act”, the director stressed, “since he decided to prioritize his spirituality to continue trying to mark the Vatican’s discourse, over which he did not have enough influence”. Thus, the work intends to investigate the great dilemma that the two popes face: continue with his morality or comply with the mandate that his position demands.

“We have invested all our energies in giving a human depth to two characters that are known all over the world”, explained Xavier Boada. Also, Soler has highlighted the attractiveness of the protagonists due to the exceptional situation they experienced within the history of the Catholic Church. In fact, Pope Benedict XVI was the first pontiff to resign from office since Gregory XII, in 1415.

The two actors are accompanied by a team that the director has described as “wonderful”. Gemma Farrús as Sister Brigitta, helps to teach one of the most intimate facets of the ex-Pope. Also joining the cast are Míriam Lladó as Sister Sophia and Marc Tresserras, playing different characters. The latter are added to the production thanks to the Nous Horitzons initiative, the Akadèmia’s young theater company, which promotes emerging talents.