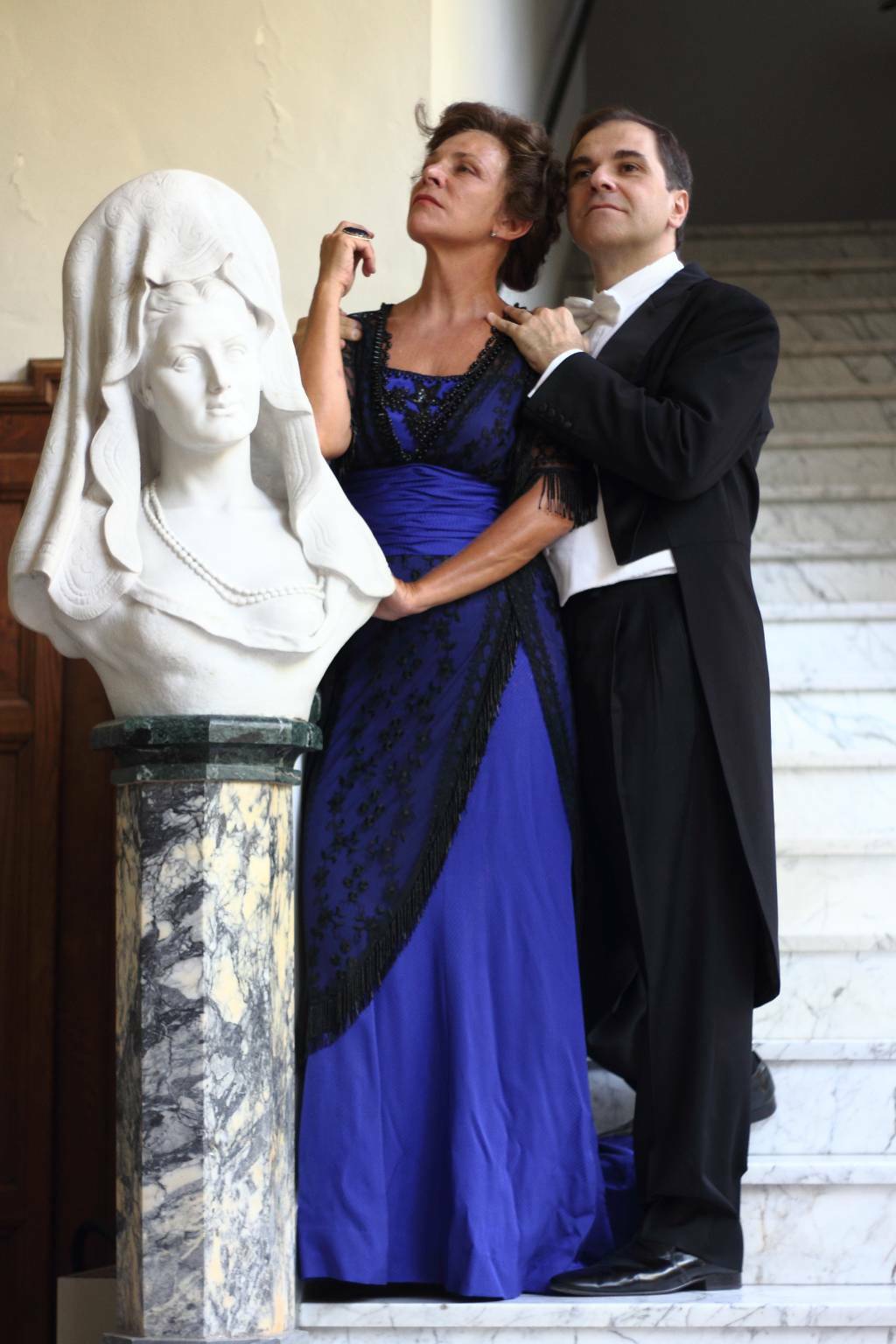 New cultural event promoted by Ama Calabria for Friday at 6 pm, at the foyer of the Grandinetti Theater, with the participation of the actress Pamela Villoresi accompanied by the pianist Marco Scolastra, who together propose the show The music of the soul portrait of Eleonora Duse among the notes of his time by Maria Letizia Compatangelo.

The event is promoted by Ama Calabria and is carried out with the support of the Ministry of Culture, Directorate General for Entertainment and the Calabria Region as part of the Calabria Extraordinary project.

In a statement Pamela Villoresi underlined how Eleonora Duse is «a myth of the theater, an example of courage, a passionate in love with freedom. Formed with the soul and art in general, but above all through music. And I, actress, wild mare of the scene that has always badly endured bites and bridles, how can I not feel in debt, how can I not love her?
This recital is for me a way to repay a bit with her, an opportunity (through the beautiful text by Maria Letizia Compatangelo) to introduce a great Italian woman and artist, and so much music of her time that we have mistakenly forgotten too soon, but that we will finally be able to listen again thanks to the skill and sensitivity of Marco Scolastra ».

For his part, the pianist highlighted how the piano music chosen for this show «are those loved by Duse and loved by the great personalities she attended: Ludwig van Beethoven (whose plaster mask the actress wore with her on her tours); Fryderyk Chopin (of which Duse kept two letters); Richard Wagner (together with Beethoven the other great musical love of Eleonora); Gioachino Rossini (whose “touch of piano” put her in her good mood); Sergej Prokofiev (with excerpts from Romeo and Juliet); Americans Scott Joplin and George Gershwin (Duse died in Pittsburgh in 1924); Costantino De Crescenzo (with the poignant First caress); Edvard Grieg (Norwegian like the beloved Ibsen); Arrigo Boito (Eleonora’s secret lover); Giuseppe Verdi ».

Pamela Villoresi was born in Prato to a Tuscan father and a German mother. She acts in 5 languages: Italian, English, German, French and Spanish. She starts the studio theater at the Metastasio in Prato at the age of 13, at 14 she makes her debut as the protagonist in Schwarz’s Re Nudo directed by Paolo Magelli, at 15 she enrolls in the placement and begins her career. At 17 she shoots the Marco Visconti which makes her famous to the general public, and at 18 she arrives at the Piccolo Teatro in Milan by Giorgio Strehler (her father her theatrical of hers), and she participates with Jack Lang in the foundation of the Union of the Theaters of Europe.

He has acted in more than 60 shows including 5 with Strehler, and then with Nino Manfredi, Vittorio Gassman, Mario Missiroli, Giancarlo Cobelli and Maurizio Panici, alongside the greatest Italian actors.
She specializes in the interpretation of poetry (she has 23 poetry recitals in her repertoire) and has been the reciting voice in 5 melologues. You have commissioned many new dramaturgical texts, all of which have been staged and some published in Italian and English. She has directed 28 shows herself. You have worked in 36 films, with great masters such as Jancso, Bellocchio, Fratelli Taviani, Ferrara, Placido and Sorrentino in The Great Beauty, Oscar winner 2014. You have shot eight television dramas with Majano, Mario Ferrero and Nocita. You hosted the show Milleunadonna. She has been a teacher of acting and poetry in Prato, Reggio Calabria, Lugano, Guastalla and Orbetello. She has been the artistic director of various festivals: “Ville Tuscolane”, “Festival dei Mondi”, “Arie di Mare”, “Divinamente Roma” and “Divinamente New York”. She has been on the board of directors of the Silvio D’Amico Academy of Dramatic Art, of the Met Teatro Stabile of Tuscany and of the Teatro Argentina Stabile of Rome. You have conceived and created, in Prato for the University of Florence, the first Progeas university course for the organizational and promotional professions of the Show.

He has won numerous awards including two Golden Masks, two Grolle D’Oro, two Ubu Awards, one for Lifetime Achievement and one for Peace together with Rugova and the Patriarch of Jerusalem, and the Vatican Gold Medal among the hundred artists of the world who favor dialogue with Spirituality.
Since April 2019 he has been director of the Biondo Theater in Palermo.

“The music of the soul, portrait of Eleonora Duse” Friday afternoon in the foyer of the Grandinetti Theater – Lamezia