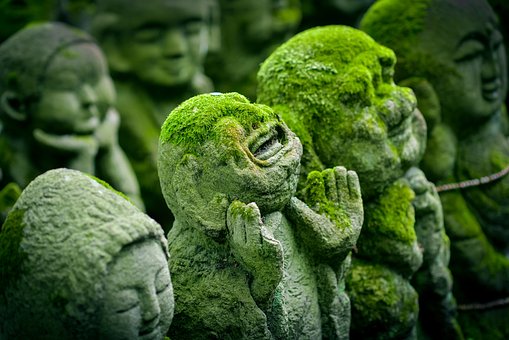 It is not true that on the left they do not ask because the people prefer right-wing parties. If they ask and how. It is the answer to this question that reveals all the “contempt with which the leaders of the left look at the weaker classes and the common people”. The passage is contained in the new book of the sociologist Luca Ricolfi, The mutation (Rizzoli), of which the Newspaper and other newspapers publish large excerpts. Thesis and analysis stinging for the progressive line-up, but which the scholar advances – not from today – with great intellectual honesty, despite claiming his belonging to that world. The criticism is merciless. The subtitle is: “How the ideas of the left migrated to the right”.

Ricolfi: this is where the left’s “contempt” for the people comes from

The answer given by the left to the above question is this: “The right would speak” in the belly of the country “, proposing simplistic solutions, and only for this reason would they be able to intercept popular consensus”. The vision underlying this assumption is much more than a trivialization: “The first thing that strikes you is the contempt with which the leaders of the left look at the weaker classes and ordinary people. But how is it possible, I have always wondered, that it is precisely the progressives, who claim to fight for the rights of the least, have so little consideration for the intelligence, the sensitivity, the way of thinking of the popular classes? Where does this arrogance come from? What convinced them that people are unable to think for themselves? ”.

Ricolfi gives his interpretation: “Sometimes it occurs to me that, in spite of every reconversion, revision, self-reform and modernization effort, the heirs of the Communist Party have remained deeply and irremediably Leninist in the soul. Prisoners of the idea that the people are unable to become aware of their interests for themselves; and that the “avant-gardes”, political and spiritual guides of the uncultivated masses, are indispensable for this awareness to mature “.

Migrants and civil rights: the left has abandoned social rights

But let’s get to the title of the sociologist’s new essay, The mutation, precisely. The abandonment of social rights in favor of civil rights is central to this analysis. For Ricolfi that the great change occurs with the fall of the Berlin wall, at the time of the so-called “end of history”. It is from that moment that with the drunkenness of triumphant globalization “the left almost completely abandons the great battles for social rights (work, study, health); to direct all energies on only two issues: civil rights, defense of immigrants. Gay rights, unmarried couples, pink quotas, assisted fertilization, surrogacy, stepchild adoption, euthanasia, decriminalization of drugs, living will, sexist language, homophobia, transphobia, immigrant rights, hospitality have become the great “battles of civilization” of official left in recent years “.

The support of the upper middle classes

No better and direct words could be found to point out how this “mutation” has provided the left with the belief that it represents itself in a sort of “moral superiority” as the “best part of the country”. A diagnosis that Ricolfi had begun to formulate in many essays. Unheard. From this analysis derives the posture of a left that “by getting rid of the ballast of the working class, has basically found its own equilibrium”. A sort of ‘comfort zone’. Made of a social base of cmedium-high eti who are passionate about the “battles of civilization”: singers, actors, journalists, professionals. Through which the left is strengthened “in its self-esteem”. While the uncompromising defense of migrants constitutes the last foothold with which “it can continue to perceive itself as a champion of the least, even if it has lost the workers”.

“Censorship is mainly from the left”

> There are many food for thought offered by “The mutation“. Among the many, theobsession with politically correct. In the belief that “power is essentially exercised through language (…). Changing words – writes Ricolf – does not mean changing reality; but changing the language allows you to change thoughts, and in any case to obtain results, imposing a dominant narrative that guides the action of governments and, consequently, affects the lives of individuals ”. What we trivially call mainstrem. A book to be read. It is the left that is liberticidal, in this sense: «Today, to disseminate the freedom of expression of thought with obstacles, the economic-cultural establishment directly and spontaneously provides through its unreserved adherence to the orthodoxy of the politically correct. A membership that, in the last fifteen years, has also matured thanks to the explosion of social networks, increasingly capable of intimidating companies, platforms, institutions with the blackmail of cancellation and blame campaigns “. «This part of the establishment has the task of” ensuring “that the cornerstones of politically correct are put in place. Because of this “censorship, that in the first decades of the republic was on the right, today – at the dawn of the third millennium – it is above all on the left ”. Applause.

The harsh attack of Ricolfi: “On the left the weaker classes and the common people look with contempt” – Secolo d’Italia