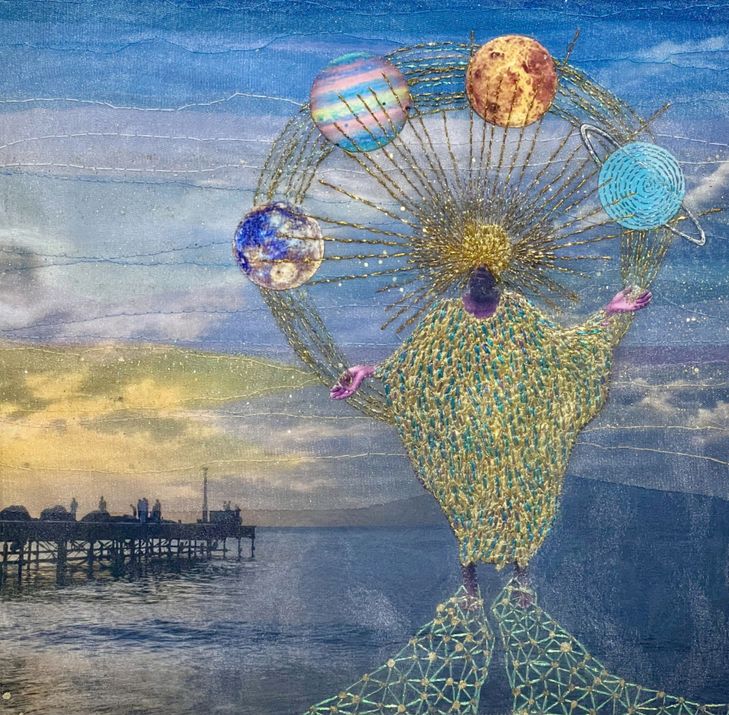 Such a strong need for the commons: perhaps this is revealed, consciously or not, by the references to the common good that today pepper public and private conversations. At a time of hyperindividualism and all-out commodification, of a precariousness of public services and an exacerbation of private interests in the economic struggle, the reference to this old notion, which often remains vague and polysemous, attests to the need for a common horizon.

Undoubtedly the discussions that are held in the context of the fight against global warming at the COP27in Sharm El-Sheikh in Egypt, will they rustle with this demand, in the name of the preservation of natural resources, of a climate justice that would not forget anyone by the side of the road and of the concern to leave a viable world to generations? future.

But what is the common good? Its history testifies to a double filiation. One refers to philosophical history and goes back to Aristotle, who thinks of the common good as a good that gives unity to the political community. For the Greek philosopher, the supreme good is the good of the community. The other genealogical branch is more practical and refers to the history of societies, where there have always been goods escaping private ownership and managed in common.

Traces of it can be found in early societies, such as among the Maoris or the Inuits, or in the village societies of the Middle Ages, where communal goods were involved in agriculture and livestock, as in the organization of pastures. “The commons could designate community property rights on land as well as collective use rights on private property”, recalls Édouard Jourdain, philosopher and specialist in the question of the commons (1).

The common good and theology

“For Thomas, the aim of the political community is not to enslave man but to make him born to himself by helping him to achieve a higher end: the good life or the happiness of living together, emphasizes Dominique Coatanéa, theologian and teacher at the Center Sèvres – Jesuit Faculties in Paris. Thus the political community allows society to realize itself as a community of people oriented towards the good, so that man, carried by the creative and savior project of God, achieves his humanity. »

This conceptualization of the common good, where the human is ordered to the spiritual and politics to theology, enters into crisis with the advent of modernity. The conflicts of the Reformation in the XVIe century will demonstrate the difficulty of an agreement on the common good, including between Christians. Liberal thought, which emerged in response to the Wars of Religion, would emphasize the primacy of individuals. It will reduce the question of “good” to the private sphere. The notion of the common good, with strong moral and religious connotations, gives way to that of the general interest.

For its part, Catholic doctrine will maintain, beyond the modern rupture, against all odds, the reference to the common good. In the 19the century, when European societies were torn apart in the context of industrialization, the encyclical Rerum novarum, published in 1891 by Pope Leo XIII, formalizes this reference. Against the class struggle which fractures society, it also lays down the principle of “universal destination of goods”.

Throughout this long history, the reference to the common good has never gotten rid of a suspicion, that of concealing the power of the powerful to define the good of the society they dominate. “The common good can be a real stumbling block for all those who feel excluded from the collective attention, ignored, despised, humiliated, like erased from the social landscape”, points out the philosopher Françoise Le Corre (2).

The thought of the Catholic Church has sought to take this danger into account, by insisting on the historical and situated content of this notion, always to be taken up again. The common good involves “the relentless search for the good in practical and not just ideal form”, lift him up Compendium of Church Social Doctrine (3). “We cannot get our hands on the common good, supports Dominique Coatanéa. It emerges from a dynamic that presupposes agreeing to go out of oneself to unite with the other, in the search for greater unity, greater fraternity. »

Avoiding this pitfall requires concrete discussions, where we cannot afford words. “The risk is always that the reference to the common good does not commit to much and only constitutes a minimal civic agreement”, points out the sociologist Patrick Pharo, author of In Praise of the Commons (PUF). Now it so happens that for about twenty years, the question of “common goods”, in the plural, has become a fertile field, arousing academic reflections as well as citizen mobilizations.

The “commons” are resources (air, water…), goods (irrigation canals, fisheries…) or institutions (hospital, school…) to which access is shared and which are collectively governed, according to elaborate rules by a group, relying on the participation and responsibility of its members (commoners). Thereby, “it is not enough to say that health is a common good for it to be so, it must be instituted and managed as such”, insists the jurist Marie Cornu, co-author of the Commons Dictionary (4).

The question of the commons has arisen at the confluence of several realities: the ecological crisis which invites us to rethink social systems and the question of property, the crisis of the welfare state and the failure of certain States, the crisis of representation and democracy… It has also been stimulated by the rise of digital technology and the Internet “with the emergence of a new territory, virgin, to be regulated by avoiding its appropriation by dominant private actors”, indicates Édouard Jourdain. Faced with the bankruptcy of communism and the impasses of excessively privatizing and deregulating neoliberalism, the thought and practice of the commons arose “like a third way” overcoming the public/private divide.

The work of American political scientist Elinor Ostrom, Nobel Prize in Economics in 2009have greatly contributed to activating the reflection around these new objects, “by demonstrating that management by the commons was often more effective than that of the State or the market”, emphasizes Marie Cornu. In its wake, several schools have developed, “ranging from reformism, linked to the social and solidarity economy, to something more radical and more revolutionary”, details Édouard Jourdain.

For Catholic theology, this return to the question of the common by the common is stimulating. “It can be seen as a sign of the times that invites us to have conversations, from a modest position”, reacts Dominique Coatanéa. If the question of the commons was not born in the lap of the Church, it can meet its concern for the common good. “There are points in common because the philosophical and religious traditions of the common good all place a limit on what Aristotle calls chrematistics, this desire of man to monopolize ever more material goods and powers, indicates Édouard Jourdain. The idea of ​​subsidiarity, which recommends that decisions be taken closer to the stakeholders, also makes a very concrete link between the commons and theology today. »

The inclusive and participatory nature of the management of common goods also resonates deeply with the dignity of the human person and the care due to Creation, recalled by Pope Francis in the encyclical Laudato si’. Against what he calls the “culture of waste”, real anti-common good.

Elinor Ostrom. The government of the commons, by Édouard Jourdain, Michalon, 128 p., €12.

The common good, a look back at the origins of a concept in tune with the times