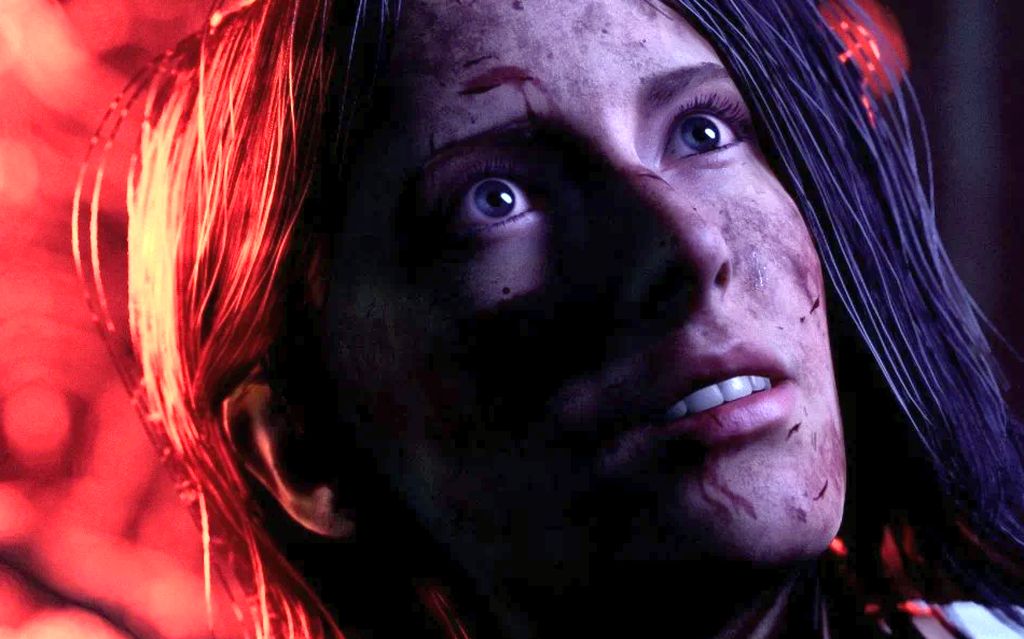 Jess Briars is a girl who suffers from painful feelings of guilt for the loss of a very dear person, who disappeared several years ago following an accident in which she was personally involved.

The opportunity arises when Kim, a very dear friend of hers, offers her an invitation to spend a different weekend on Glory Island, where it is possible to participate in a spiritual retreat that could give relief to the pains that force Jess to live in the throes of distress.

The island is equipped with a series of small houses where the various retreat participants stay and the buildings are immersed in a lush clearing overlooking a lake.

A place that inspires tranquility and which seems ideal for meditating and elevating one’s spirit. Jess is excited and ready for a weekend of true spiritual healing.

As soon as she arrives on the spot, they kindly offer her a uniform distinguished by a pure white color to wear. What Jess doesn’t know yet is that this dress will soon be indelibly stained with blood.

Available from November 3, 2022 for Playstation 5, Xbox Series X / S and PC via Steam, The Chant it can be categorized as a purely single player survival horror, which puts us in the virtual shoes of young Jess.

The game’s plot, set uniquely on Glory Island, deals with an alleged scientific doctrine that involves the mystical power of prisms to heal the negativity and unhappiness of people suffering from traumatic events they have experienced during their lives.

Immediately after completing the first, short and chaotic, prologue section of the game, which immediately reveals the typical psychological horror atmospheres, we are ready to meet the (few) participants in the retreat to which Kim introduced us.

Jess’s short virtual chats are used not only to settle into Glory Island, but also to understand how the desire to improve and change their lives is preponderant on the part of the participants.

It will not be long before the situation, at first idyllic and permeated with a sense of peace and love, becomes a veritable hell, in which Jess will know the profound evil inherent in people who seemed deeply meek.

The weekend Jess wanted to spend in total relaxation turned out to be far too different from what it seemed, and now it’s up to her to investigate and face all the innumerable horrors that imply this strange prismatic science.

With the help of 35mm coils that we will find during our adventure, we will be able to view videos with a delicious retro flavor that will describe in detail the dictates of this spiritual discipline.

In addition to these videos, The Chant it also abounds in texts to read in order to know more deeply all the background of this spiritual group which, apparently, does not really have benevolent purposes.

With these narrative devices the player will be able to immerse themselves more in the script of The Chantwhich is overall well written and which immediately knows how to attract attention thanks to the good acting of the virtual actors, who show off an excellent expressiveness always suited to the context.

What immediately stands out from The Chant are the key characteristics of Jess, which go beyond those concerning the mere energy available to the protagonist typical of hundreds of video games.

Jess will have as a reference three precise indicators: one that concerns our sanity (the mind), the second that represents the heart, attributable to the classic bar of vitality, and that of the spirit, one of the most important because it is essential to show off powerful offensive skills.

Whenever we manage to gain a prism to keep, the latter will have particular peculiarities, which will translate into new potentials to be exploited to damage hostile creatures.

It will be the spirit bar to outline how many attacks we can have during a fight, but not only, because our spirit can also be used to meditate by pressing a button.

As we meditate we will gradually empty the bar of spirituality but we will fill that of the mind, which is equally important.

Indicated with the icon representing a human brain, our mental capacity can be emptied either through specific attacks from demons or, much more trivially, when Jess faces an anxious situation.

Be careful not to remain with the empty indicator, because in this state the protagonist of The Chant he will no longer be able to attack and will have the only chance to escape.

IT’S TIME TO FACE THE DARKNESS

As I have already mentioned, The Chant is a survival horror, a genre of game that often allows the protagonist to be able to defend himself from the threats he encounters.

In The Chant the weapons that Jess can dispose of will be very different from the usual pistols, machine guns and rifles that we are often used to managing while facing zombies and various monstrous creatures in dozens of games of the same type.

The girl protagonist of the game will be able to have weapons to defend herself consisting of sage plants, burnt branches and salt, which will be directed against hostile creatures taking advantage of the possibility, moreover, to be able to dodge the attacks directed towards us.

A typical weapon of that culture of witchcraft and magic in general that in The Chant abounds within its intriguing videogame script.

If engaging in a fight armed with a plant may seem atypical, once you become familiar with the control method, the encounters that Jess engages are all in all quite hectic between a sage shot, a dodge and an attack with a prism.

It is also true that sometimes it will be possible to get the better of our opponent only by attacking him repeatedly, thus eliminating any strategic habit on the part of the player involved. 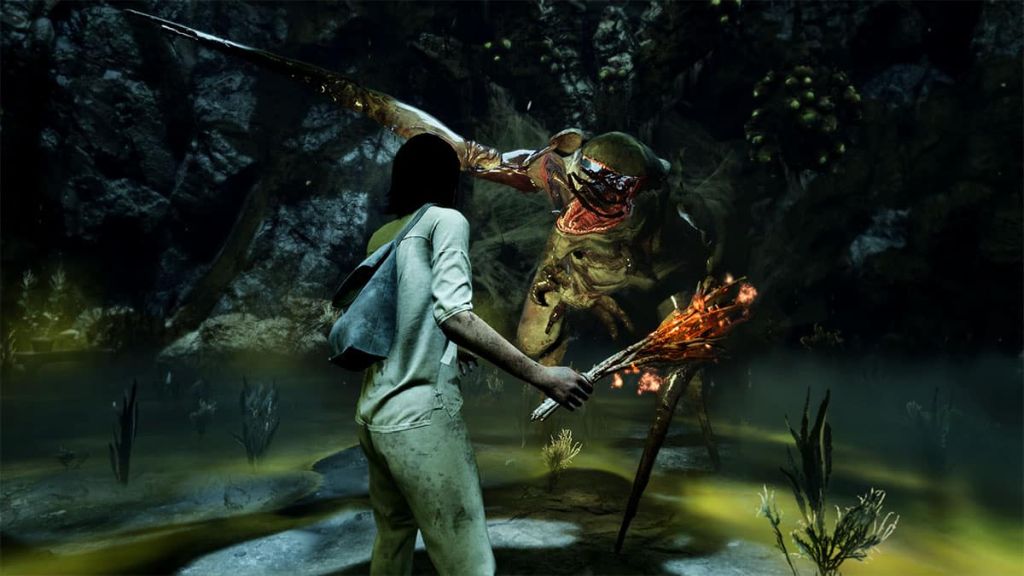 While not reaching impressive technical heights, the first approach to the splendid views of Glory Island are quite positive, because the Brass Token programmers have spared no effort in endowing the game’s landscapes full of lush vegetation, which fills the screen with relaxing natural geometries of green color, offering a credible and satisfying atmosphere.

The indoor environments, although lacking in particular originality with their basic wooden architecture typical of those of a summer camp, recall, above all thanks to the presence of a dark lake often kissed by the rays of the Moon, the typical emotions of horror body. count legendaries such as Friday the 13th (Friday 13 in Italy).

The polygonal models are sufficiently valid, even if the faces of the characters cannot enjoy a convincing realistic appearance, as we recently tested in the most recent next generation games.

Good the musical profile of The Chantwho always knows how to underline the moments of pathos with melodies that are always effective and which contribute to involving the player.