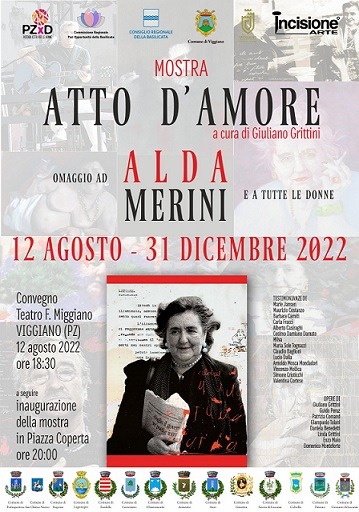 Viggiano is an Italian town of 3 267 inhabitants in the province of Potenza in Basilicata, located along the western ridge of the upper Val d’Agri in the south-western part of the region, it is known for its long tradition linked to popular music and, in particular , to the construction of harps. Over the centuries Viggiano was the place of origin of many itinerant players who exported their music and traditions all over the world, helping 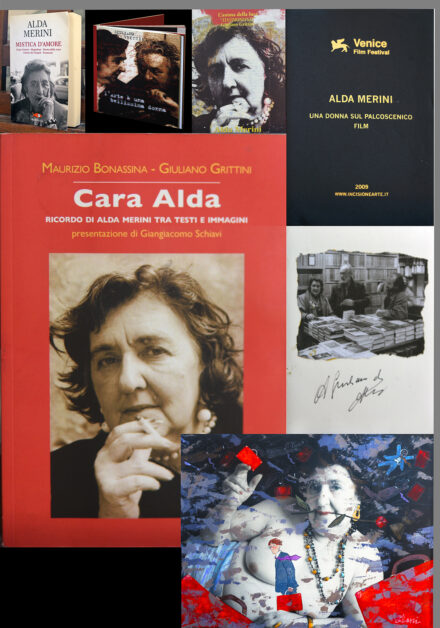 economically their country of origin, and many of them had the opportunity to serve in symphony orchestras of international level. As a religious center it houses the Sanctuary of the Black Madonna which is one of the most important centers of spirituality and Marian faith in the South. It is also known as a place of oil extraction and for the presence of the largest oil field on the mainland in Europe, which has largely contributed to making Italy the sixth largest oil producer in Europe, after Russia, Norway, United Kingdom, Romania and Denmark.

On 12 August 2022, at the F. Miggiano theater in Viggiano (Potenza), the conference was held, moderated by Simona Bonito, inauguration of the exhibition “ATTO D’AMORE”, a tribute to Alda Merini and to all women, by Giuliano Grittini. Alda Merini, one of the most popular poetesses in Italy today, was born in Milan on March 21 (the day of the beginning of spring) 1931, and thirteen years after her death, she still lives in the images of Grittini, who has been sampling the his work continuously.

A crowded theater with some of the most important exponents of Lucanian political and cultural life: the mayor of Viggiano, Amedeo Cicala he thanked those, led by the councilor Enza Pugliese, who did their utmost and did their utmost for the community even in the difficult period of the pandemic; the President of the Regional Council of Basilicata, Carmine Cicadathanked the municipal administration of Viggiano and, in particular, the councilor for culture and then welcomed all the mayors.

Among the prominent personalities present at the evening, the President of the Commission for Equal Opportunities of Basilicata, Margherita Perretti, who greets and thanks all the municipal administration, in particular the mayor, the councilor for culture and the councilor Gerardi who involved her in this initiative. For the Commission it was an honor and a pleasure to sponsor this event because the work of the municipalities is fundamental for inclusion to be a true inclusion that involves everyone, taking into account the differences of each and every one. The word went to the Councilor for Culture, Enza Pugliese who, with great emotion, said: “it is the will of the municipal administration to continue the intercultural path undertaken, dedicated to important issues such as the protection of human rights, the fight against violence against women, the enhancement of women through art and Equal opportunities”. The “Atto d’Amore” exhibition is part of a series of initiatives that the Municipality of Viggiano has dedicated to women and to raise awareness of equal opportunities.

Moments of emotion at the memory of Alda Merini by the curator of the exhibition Giuliano Grittini, who remembers her as a woman with a strong passion, charismatic and magnetic. The Milanese artist and photographer recalled Alda Merini through an anecdote: having had the honor and pleasure of accompanying her to hospitals, he remembers that “after only one day, she became the queen and was able to have her cigarettes brought without anyone never told her “you can’t smoke” ». A story with multiple voices and using multiple forms: this is the act of love that the artist and photographer wants to tell through interviews and images dedicated to the great heroine of our time. The words of the last speaker are evocative, Cosimo Damiano Damato, which defines Alda Merini as “the Dante Rock”; the Apulian director and screenwriter tells about Alda, guiding the audience, through his words, to enter the world of Alda Merini. The presence in the theater of the mayors of Calvello, Lagonegro, Paterno, Pietrapertrosa And Savoy of Lucania, five of the 14 Lucan municipalities invited with women’s administrations, the others are Anzi, Armento, Chiaromonte, Fardella, Genzano, Ginestra, Rapone, San Chirico Nuovo, testifies how, despite still today a woman leading a community is an exception, the the road, albeit still long, towards the enhancement of women’s skills also in the political and institutional sphere has been traced. Finally, the municipal administration of Viggiano paid homage to citizens and entrepreneurs who distinguished themselves for their contribution during the pandemic, such as Nicola, a very young man from Viggiano, who showed that a small gesture is a great act of love.

At the end of the evening, those present moved to the covered square, for the ribbon cutting which saw the inauguration of the exhibition “Giuliano Grittini. Act

d’Amore between art and poetry ”and open until 31 December 2022. Only an act of love, true, unique, palpitating, can really move art and poetry. Hence this exhibition that argues the excellence of living, the precious culture, the tribute of art to a poet who was able to touch the chords of existence, the hearts of the world. The entire exhibition lives not only with tangible works by contemporary artists but with touching written testimonies of those who approached her, and followed and pursued step by step, from Vincenzo Mollica (“but she was all poetry”) to Elio Fiorucci (“because writing has always been his true freedom”), by Lucio Dalla (“when he wrote or he spoke … he was an angel! “) to Maurizio Costanzo (” his verses that in a few words tell a dream, a hope, a suffering “), from Milva (” I loved your boldness and your lightning jokes “) to Valentina Cortese (“through your every word, you hear that cry of pain … your anxieties … and crying), from Claudio Baglioni (” poetry came out of her eyes “) to Carla Fracci (” you deserved immortality “) , up to confessing to Simone Cristicchi (“go away from Italy. I am tired of Italy. Because they take advantage of the poet, they take advantage of the poor, they take advantage of those who are defenseless. And it seems so dirty …”). These last words give a strong idea of ​​what a woman Merini was, mother, politician, saint, intellectual, etc., and what aura she transmitted to those who approached her. And here is gathered a series of portraits of Merini elaborated by talented artists, the bright ones by Marco Lodola, the painting by Giampaolo Talani and Enzo di Maio, by Patrizia Comand and Daniela Benedetti, Linda Grittini and Domenico Monteforte, etc. Portraits that capture the spirit, the feelings, the sufferings. Giuliano Grittini stands out among all with a path of great passion and great poetry, an artist of precious visual stories; he told through images the life of the most significant poetess of the twentieth century, Alda Merini. And in this regard the daughter of Alda Merini wrote: “Dear Giuliano, make my mother eternal, you can do it” (Barbara Carniti). We have not only the photographic sequences of everyday life, of a life or of many lived lives, mostly icons of our time, set up by Giuliano Grittini with the same force in which images accompany words, poetry. The contamination between photography and painting is one of the best results to which Giuliano Grittini has accustomed us for years, on the trail of other names in European art, from Mimmo Rotella to Jacques Villeglè. And I would say that with the use of photography in his daily narration, Giuliano Grittini (Corbetta, 1951) has pictorially written a dreamed story before it has been drawn, he has raised the image in a sort of ritual sacredness, bathed in complexion and aura. Photos and portraits of icons that are focuses in which beauty and gaze are released; in his workshop Grittini sews images like a tailor, doses them scenographically, uses silver and golden rains that water his clonart, objective pages of ancient books and scripts and alphabets that surround the new aesthetics of today, that new baroque that wisely crowns him among the most innovative figures of our time. He cooked the images in such a way that he was finally able to make people understand what my mentor Giulio Carlo Argan meant when he was able to assert that art was dead. Dead to be reinvented again, swinging in a daily, seductive, carnal, alchemical, scenographic miracle, to frame that eternal beauty as Giuliano Grittini also did with the book on Rotella. Moreover, Grittini between photography and painting sequences the magic of hands, the magic of life, the magic of eroticism, the magic of looks, the magic of the poet Merini, the magic of naked bodies, in a folkloric game of happenings, events , occasions. And even giving life back to that GENIUS Leonardo da Vinci (unforgettable book-sculpture with the works of Giuliano and his daughter Linda Grittini), surprises everyone for that “great horse” between myth and legend, and as I have already written “the vicissitude of the subject becomes the perception of the mirror, parts of drawings that question “. Among hells, purgators and paradises, the brilliant master of the contemporary world, Giuliano Grittini, lets one of the most beautiful dreams of today’s art live like an erupting volcano, and that is to show the readers of today’s images that art and poetry are a true and unique act of love.