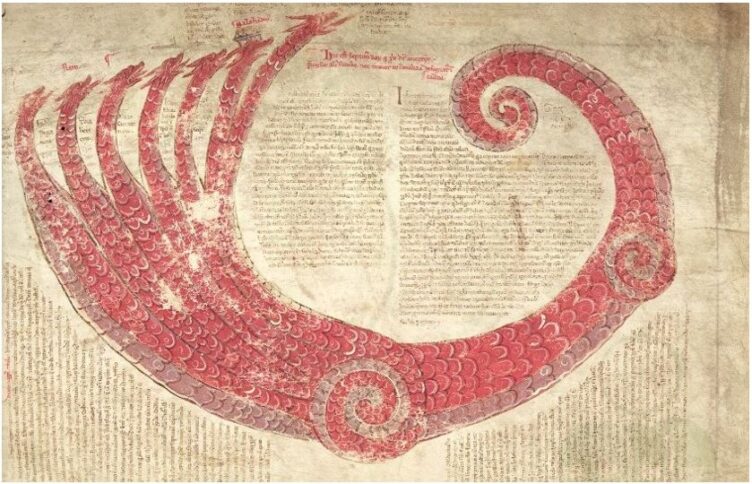 SAN GIOVANNI IN FIORE The film will also be shot in Calabria with an international cast dedicated to Gioacchino da Fiore. Among the actors involved also Nikolay Moss who will play the role of Richard I, King of England. While to impersonate the role of the founder Abbot of the Florense Order will be Remo Girone. But there will also be Felicity Jones (already nominated for an Academy Award for Best Actress) and Hollywood actor Adrian Paul (already known as a lead actor in the hit series Highlander).
The film “The Monk Who Won the Apocalypse” – which is inspired by the life of Joachim of Fiore – will be directed by director Jordan River.
Already announced at the last edition of the Cannes Film Festival, the film will be produced by Delta Star Pictures which announced, on the occasion of the 820th anniversary of the death of Gioacchino da Fiore (30 March 2022), the entry into the cast of the American actor Nikolay Moss (already winner of the Emmy Award in 2017, the most important international television award, considered the equivalent of the Oscar for cinema). It will be he who will cover the role of Richard I, King of England.

Among the regions interested in the shooting of the film Calabria where inspections have recently been completed in different areas, from the Sila National Park to the Pollino National Park. Among the cities object of attention of the production Cosenza, Civita, San Sosti, Rossano, Frascineto, Oriolo, Roseto Capo Spulico, Scigliano, Zungri and, of course, San Giovanni in Fiore.

Several other southern regions will become open-air sets of the film dedicated to Gioacchino da Fiore, in addition to Calabria, Basilicata and Puglia will also be affected. As well as Lazio and Cinecittà Studios. Filming also planned at Lake Vagli, in Tuscany, and in Emilia Romagna, a region where the only example of the “Liber Figurarum” in Italy is jealously guarded – a very rare medieval illuminated manuscript conceived and designed by Gioacchino da Fiore – the most beautiful and important collection of figural and symbolic theology of the Middle Ages. The other two specimens are preserved abroad, in England, in Oxford, and in Dresden, Germany.

“The Monk Who Won the Apocalypse” is a film inspired by Joachim of Fiore and deals with the ‘Joachimity’ apocalypse (in it the past events are enigmatically depicted, but also the future ones announced, the opening of sealed things and the revelation of the hidden ones), a moment in history in which a new spiritual vision cannot be ignored, which can take place precisely in the age of the Spirit, as the medieval thinker mentioned.
Authorized by three Popes to write about the Apocalypse, Joachim of Fiore became the bearer of a new vital breath, since he did not simply echo spiritual aspects, but devoted himself to an examination of the history of humanity. It is no coincidence that the great Michelangelo Buonarroti was inspired by Gioachimite thought in the composition of the frescoes in the Sistine Chapel.
The King of England, the Lionheart, before going to the Holy Land for the third crusade against the fearless warrior and Sultan Saladin, for the conquest of Jerusalem, asked to meet Joachim of Fiore, and wanted him to explain and interpret him the apocalyptic symbol of the seven-headed dragon.
The film is supported by the Ministry of Culture and by various bodies and regions, including the Calabria Film Commission Foundation, as well as by various international partners.

A research work that lasted a few years in which, in addition to the writer, journalist and screenwriter Michela Albanese, medieval historians and illustrious scholars also collaborated, including Valeria De Fraja (medievalist and member of the Scientific Committee of the International Center of Gioachimiti Studies) and the well-known philosopher Andrea Tagliapietra (he has written several books, including on Gioacchino da Fiore for Feltrinelli, as well as director of the Interdisciplinary Research Center for the History of Ideas).
For the realization of the film, the collaboration of numerous internationally recognized and appreciated professionals, including the set designer Davide De Stefano (former conceptual artist for the film “The knights who made the enterprise” by Pupi Avati, production designer for ” The Cursed Ones “and for the recent American production” Voice from the Stone “by ED Howell with actress Emilia Clarke, also known for the hit series Game of Thrones) and the Makeup Supervisor and Special Effects Designer Vittorio Sodano (nomination Oscar for “Apocalypto” by Mel Gibson and for “Il Divo” by Sorrentino, winner of 2 David di Donatello). (rds)

Stellar cast for the film dedicated to Gioacchino da Fiore, shooting in Calabria