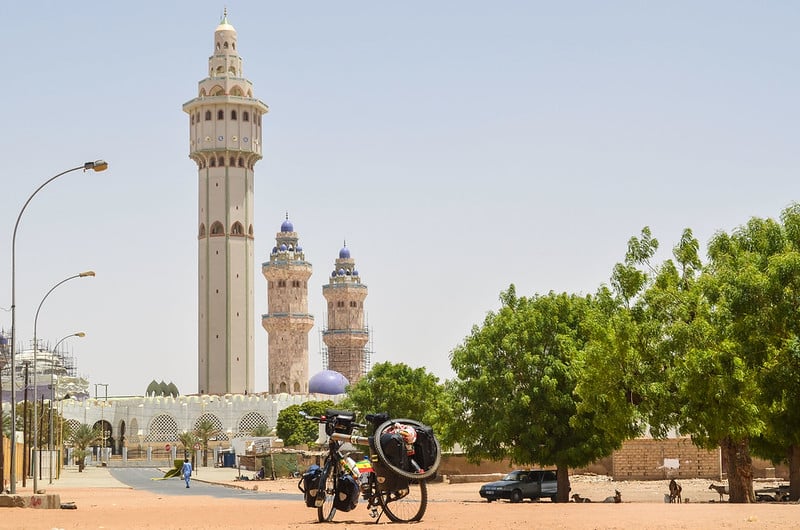 Lamp Fall and mosque of Touba, Senegal/Taken on 16 April 2013 in Senegal near Sare-Sara Touba Dalla-Ngabou (DSC_8333)/

On Sunday January 8, a serious accident in Senegal resulted in the death of 39 people.

In the aftermath of this tragedy, Muslim and Christian religious leaders prayed for the victims and made recommendations to avoid such events.

Senegal recorded a serious accident on Sunday January 8, 2023. The official report shows 39 dead and 101 injured, including 10 in serious condition. A collision between two public transport buses was the cause of this tragedy in the town of Kaffrine (center-west) located 250 km from Dakar. The government has declared a three-day national mourning, starting Monday, January 9, 2023.

All the religious leaders and customary leaders, “very affected” by this tragedy, have called for a return to God. This is the case of the Caliph General of the Mourides (31% of the population). ” It is a tragedy that has befallen Senegal. Let everyone know that this is divine will. It was he who decided so. We ask him to descend his mercy on the deceased and to assist the wounded. “said Serigne Bassirou Mountakha Mbacké. The spiritual guide of the Mourides also recommended “ a recital of the Koran in mosques and Koranic schools “.

Read also : Senegal: The Caliph of the Mourides dissolves the morality police of Touba

On behalf of the Archbishop of Dakar, the Episcopal Vicar, Father Alphonse Birame Ndour underlines that in such circumstances, it is good that we can also turn to God. ” It is the God of hope, it is from the God of love who precisely gives us the power to entrust ourselves to him, particularly on this day when we celebrate the manifestation of God to humanity: the epiphany. “. The prelate continues that “ if we pray in our churches to this God of mystery, this calls our faith to accept situations of this kind (…) He invites the State to learn all the lessons to avoid such events. Because'” such a heavy toll in an accident, seems really incomprehensible, in the century in which we are “.

The Caliph General of the Tidianes (49% of the population) called on the drivers to ” caution, tolerance, mutual respect between citizens, preservation of the right to life “. The Khalife also reminds motorists of the need to comply with the laws and regulations of the highway code by avoiding any dangerous behavior that could cause traffic accidents. In his solemn message, Serigne Babacar Sy Mansour asks the government to ensure the safety of road users, to take strong measures to avoid accidents, to strengthen the awareness of actors and the prevention of accident risks.

Pope Francis sent his condolences to the bereaved Senegalese people and expressed his closeness to them. Through a telegram signed by Cardinal Secretary of State Pietro Parolin, Pope Francis has ” learned of the tragic road accident which occurred in Kaffrine, on the night of Saturday to last Sunday, and which claimed many victims “, he writes. In the message, the pope “ joins in the mourning of families and of the entire nation. He wishes to show the wounded his closeness and his concern “. He prays for the victims of this accident who have died. May God welcome them intohis peace and his light » and bring « comfort and hope to all those affected by this tragedy “.

The imams of Ziguinchor have announced that their sermons this Friday will focus on the theme of insecurity, the highway code and respect for the regulations and the law which governs transport”.

The government of Senegal took 22 measures during an inter-ministerial council to deal with traffic accidents. These include, among other things, the ban on buses to travel on interurban roads between 11 p.m. and 5 a.m.. The Prime Minister also announced “the ban on the import of used tires into the country”.